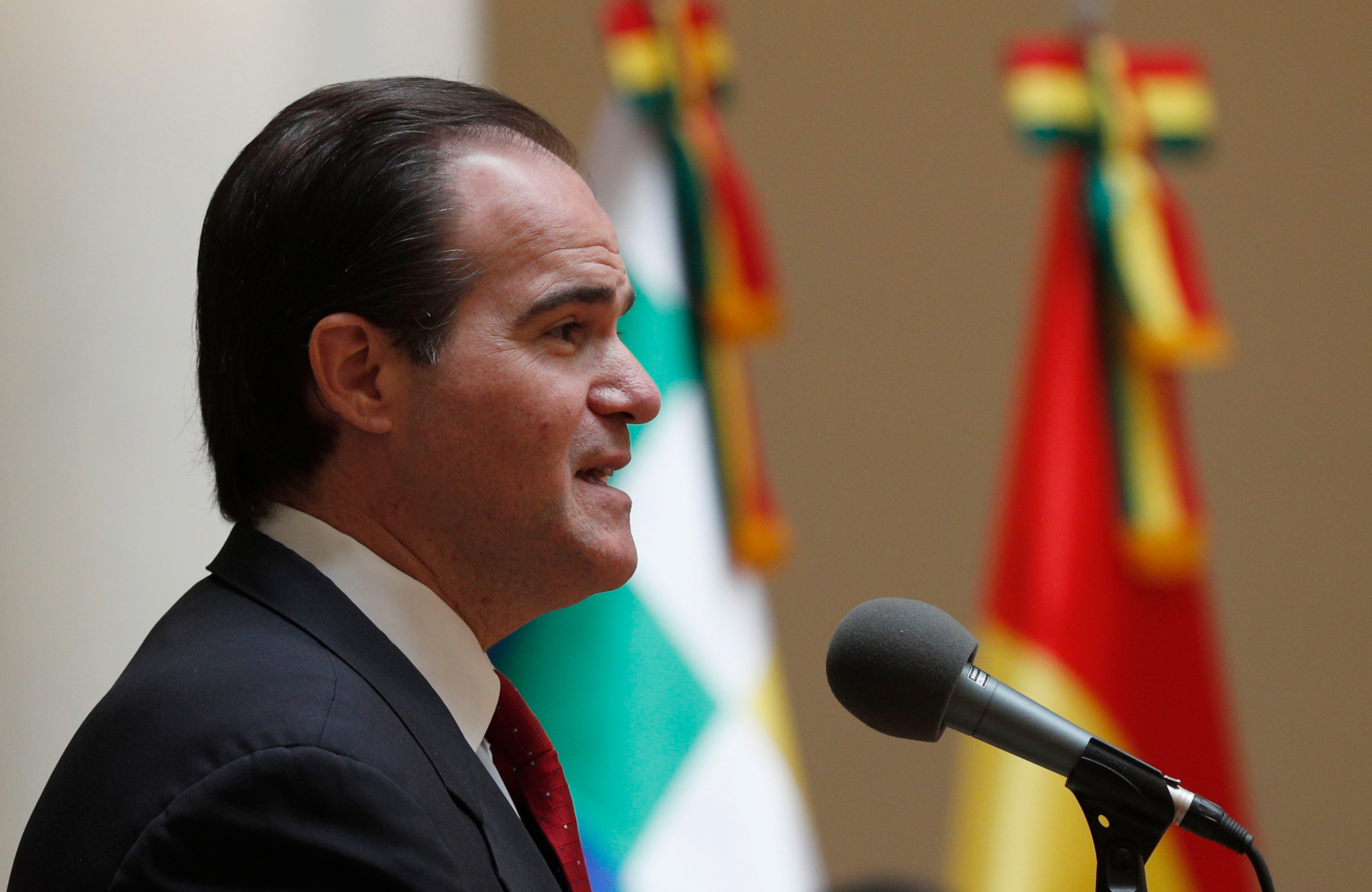 Investigators say they found evidence a former Trump official who heads Latin America’s biggest development bank carried on a romantic relationship with his chief of staff — a bond they allegedly forged in a pact scribbled on the back of a restaurant place mat: “We deserve absolute happiness.”

The Associated Press obtained a copy of a confidential report by a law firm hired by the Inter-American Development Bank’s board to investigate an anonymous complaint of misconduct against its president, Mauricio Claver-Carone.

In it, investigators said it is reasonable to conclude the relationship between the two existed since at least 2019, when both held senior positions on the National Security Council. They said the purported relationship prompted one U.S. official at the time to warn that it posed a counterintelligence risk.

Exhibit A in the 21-page report is a “contract” that the two purportedly drew up on the back of a place mat in the summer of 2019 while they dined at a steakhouse in Medellin, Colombia. Both were there attending the annual meeting of the Organization of American States.

In it, they allegedly outline a timeline for divorcing their spouses and getting married. There is also a “breach clause” stating that any failure to fulfill the terms would bring “sadness and heartbreak” that could only be mitigated by “candlewax and a naughty box” from an oceanfront hotel in Claver-Carone’s native Miami.

“We deserve absolute happiness. May only God part w/ this covenant,” according to the contract, a photo of which was provided to investigators by the woman’s former husband, who told investigators he found the place mat in her purse when she returned from the trip.

The purported contract is one of several details in the report that have Claver-Carone fighting to save his job. They include allegations he had a 1 a.m. hotel room rendezvous with his chief of staff, sent her a poem on a Sunday morning titled “My Soul is in a Hurry” and — perhaps most troubling — awarded her 40% pay raises in violation of the bank’s conflict-of-interest policies.

Claver-Carone has disputed the report’s accuracy, strongly denouncing the manner in which the review was conducted and offering no hint that he is considering resignation.

According to investigators, he has denied ever having — now or before — a romantic relationship with his longtime right hand.

His chief of staff denied the allegations in the anonymous complaint and told investigators she never violated the IDB’s code of ethics, the report said. In a written submission to investigators, she also complained that she had been denied due process.

The AP isn’t naming Claver-Carone’s aide because the report, which is labeled “confidential,” hasn’t been made public.

“Neither I nor any other IDB staff member has been given an opportunity to review the final investigative report, respond to its conclusions, or correct inaccuracies,” Claver-Carone said in a statement Tuesday.

The findings recall accusations of ethical lapses against another Republican atop a multilateral institution, former Secretary of Defense Paul Wolfowitz, who resigned as head …read more

Musk faces deposition with Twitter ahead of October trial