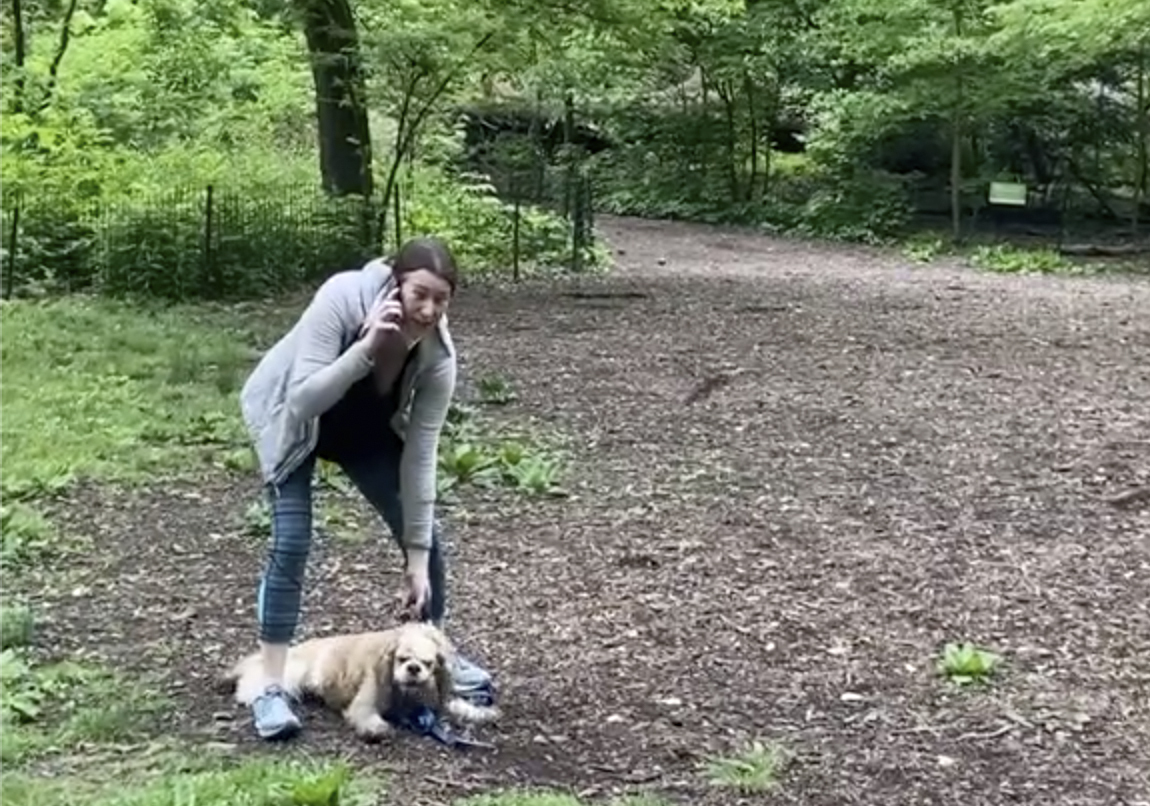 A woman labeled “Central Park Karen” lost a lawsuit in which she claimed her former employer unfairly branded her a racist and fired her after she was caught on video calling the police on a Black birdwatcher.

Amy Cooper, 43, sued San Mateo-based Franklin Resources — more widely known as Franklin Templeton — in May 2021, claiming it publicized the incident on Twitter and falsely claimed it conducted an investigation before firing her.

Cooper lost her job in the company’s New York office the day after the May 2020 incident.

U.S. District Judge Ronnie Abrams on Wednesday threw out the lawsuit, rejecting her claims of racial and sexual discrimination and defamation.

A video posted on Twitter by the sister of birdwatcher Christian Cooper — no relation to Amy — showed the woman calling 911, complaining an African-American man was threatening her and her dog. Amy Cooper made the call after Christian Cooper asked her to leash her dog, as was required in that area of Central Park.

The video went viral, with more than 40 million views, during a national discourse on systemic racism.

Cooper argued the encounter became “international news as a racial flashpoint” and misportrayed her as a privileged White woman because Franklin Templeton cited the incident on Twitter. But the judge rejected the claim.

“The Central Park incident coincided exactly with the date of George Floyd’s murder in Minneapolis, an event which similarly sparked intense discourse nationwide on issues of racial justice and policing,” Abrams wrote. “The contents of the viral video, as well as the dialogue surrounding it both in the media and on social media, were already matters of public knowledge when defendants’ May 26 tweet was posted.”

Cooper’s attorneys didn’t immediately respond to an email seeking comment on the decision.

Cooper pointed to three male employees who she said were treated more favorably after engaging in similar conduct, but Abrams said that comparison doesn’t apply because the misconduct they engaged in, “which runs the gamut from plagiarism to insider trading to a felony conviction, is simply too different in kind to be comparable to her conduct in this case.”

The judge also rejected Cooper’s claims of defamation over a company tweet that said they had fired her after conducting an internal review and “do not tolerate racism of any kind,” as well as a comment from Chief Executive Officer Jenny Johnson in an interview about the incident. Abrams said any implication from the tweet that Cooper is a racist is an opinion and that the statement didn’t indicate the company considered any information not already known to the public.

Franklin Templeton said in a statement that it is pleased that the court has agreed that the claims should be dismissed and that it continues to believe the company responded appropriately.

Kurtenbach: Week 4 NFC Power Rankings — the Niners slide, but not too far