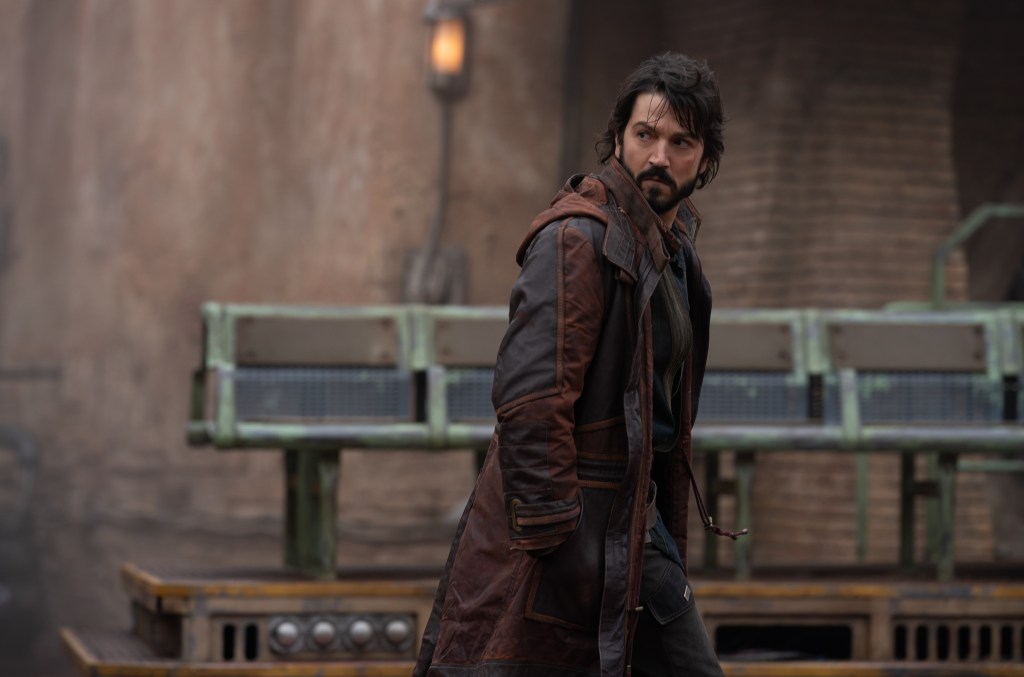 Six years after the world met Diego Luna’s Cassian Andor in the Star Wars film Rogue One, he finally returns in his own prequel series on Disney Plus.

In the 2016 film, Cassian was introduced as an intelligence officer working for the Rebel Alliance in their battle against the Empire, where he crossed paths with Jyn Erso (Felicity Jones).

However, fans were intrigued to learn more about his backstory and how he came to join the rebel organisation… which is where the new series comes in.

For 12 episodes leading all the way to late November, Cassian’s past will be revealed, including what he was up to before joining the Rebel Alliance and the companions and enemies he met along the way.

But before delving into Andor, here’s a reminder of what happened in Rogue One, which is set five years after the newly-launched show.

What happened in Rogue One: A Star Wars Story?

When Rogue One was released in 2016, it marked the first in the Star Wars anthology series, preceding the 2018 Han Solo film.

It’s set directly before the events of the very first Star Wars movie, Star Wars: A New Hope, which was released in 1977 and marked the first introduction of fan-favourite characters including Luke Skywalker, Princess Leia Organa and Han Solo.

Rogue One follows the tale of Jyn, a woman who inadvertently becomes involved in the Rebel Alliance in the fight against the Empire, as they embark on a mission to steal the plans for Darth Vader’s Death Star.

As a child, Jyn’s father, research scientist Galen Erso (Mads Mikkelsen), was forced to work for the Empire to create the Death Star, a terrifying weapon with the ability to disintegrate entire planets.

However, unbeknownst to the Imperial officers, Galen purposely made sure there was a vulnerability built into the mechanics, which could allow it to be destroyed.

Fans were ecstatic over the news of Cassian getting his own series (Picture: Lucasfilm Ltd via AP)

Cassian Andor, an intelligence officer working for the Rebel Alliance, discovers that a cargo pilot with crucial information about the Death Star defected from the Empire.

On his mission, Cassian crosses paths with Jyn, who’s brought into the fold on a quest to rescue Galen from the Empire – although she’s unaware that Cassian has secretly been ordered to kill her father.

While retrieving the pilot, Bodhi Rook (Riz Ahmed) from rebel extremist Saw Gerrera (Forest Whitaker) – who saved Jyn as a child – she learns about her father’s secret Death Star vulnerability in a hologram that he filmed for her.

On the mission where Cassian was ordered to kill Galen, who decides against it – but the scientist is killed anyway, dying in his daughter’s arms having finally been reunited after years apart.

What is an equerry to the Queen or King and who is Charles III’s now?