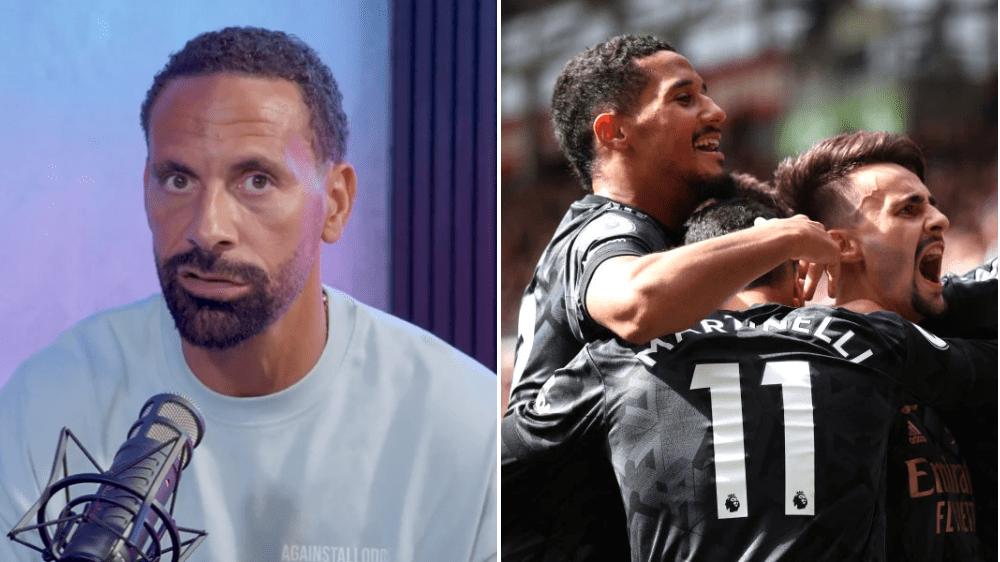 The Gunners secured their sixth win from seven top-flight games and returned to the top of the Premier League with a 3-0 win at Brentford on Sunday.

First-half goals from in-form William Saliba and £50m summer signing Gabriel Jesus put Arsenal in control, before Fabio Vieira capped an impressive display with a strike from 25 yards after the break.

Arsenal succumbed to a demoralising 2-0 defeat in the corresponding fixture last season and certainly enjoyed putting things right over the weekend.

Last year, Brentford’s Toney took a subtle swipe at Arsenal by tweeting ‘nice kick about with the boys’, which Gabriel referenced after Sunday’s routine victory.

Speaking on his YouTube channel, Ferdinand said: ‘Do you know what? I loved Gabriel’s tweet. I loved that banter.

‘Toney hammered them last season with his tweet, now it’s Arsenal’s turn. It was lovely, I love to see it.

‘If I was playing, that’s what I’d be doing all the time. I would be smoking people on Twitter before the game. I’d take the fines, I would.’

Toney, meanwhile, has admitted he had to stop himself from ‘nibbling’ back at Arsenal and called the social media posts ‘a bit cringey’.

‘I think once was funny, second time a bit cringy but I bit my tongue, I wanted to reply, I wanted to nibble but fair play to them they played very well,’ Toney told a press conference on Tuesday following his England call-up.

‘They are a different Arsenal side to what we played before and they played very well, fair play to them, they are doing well.’

Your daily horoscope for Saturday, September 24, 2022