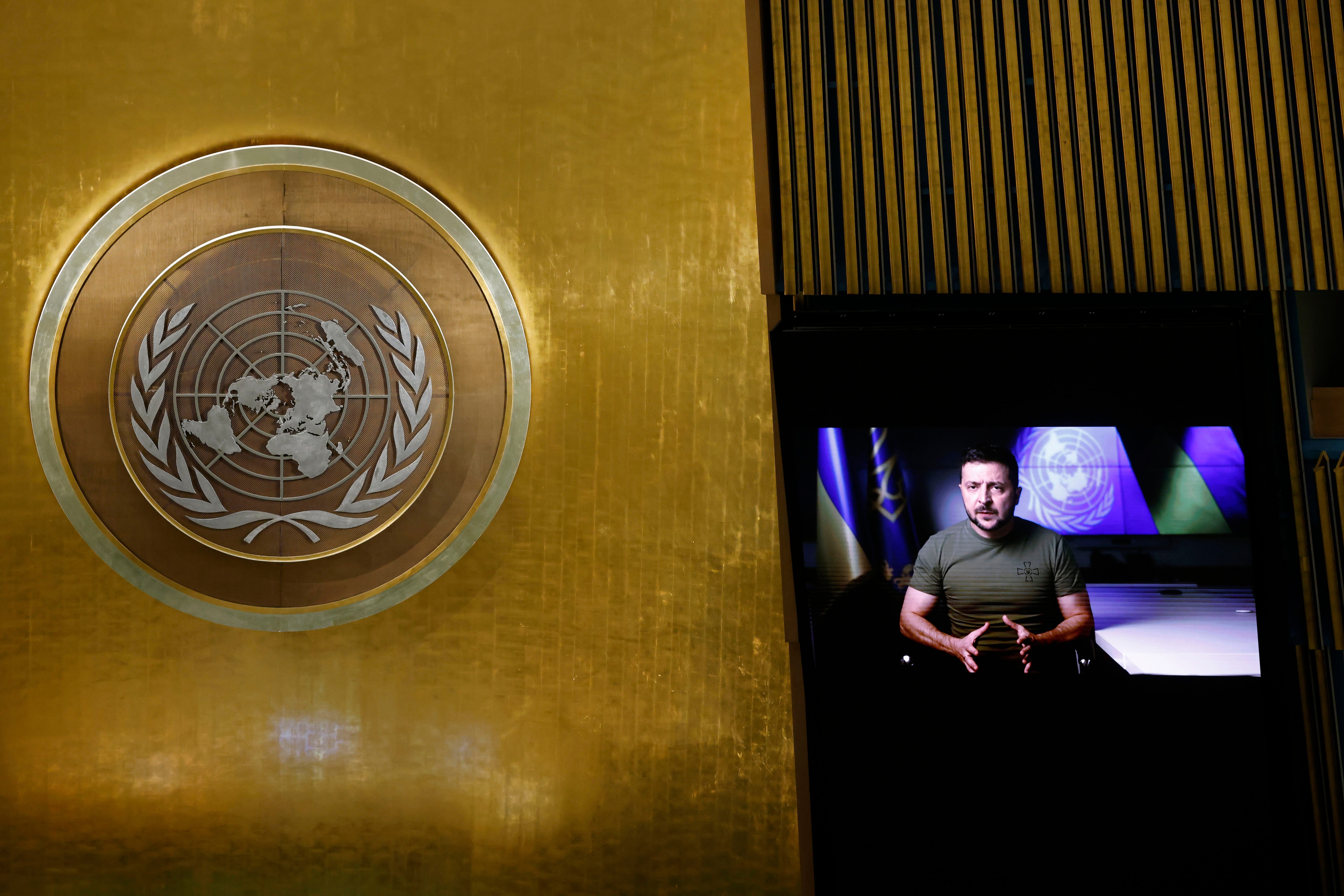 It was the lone video speech at the U.N. General Assembly, and it came from someone who had an official excuse: Ukrainian President Volodymyr Zelenskyy.

While the summit returned fully in-person to U.N. headquarters in New York this year after a remote version in 2020 and a hybrid session last year, member states overwhelmingly voted last week to allow the head of the war-torn nation to address the hall.

But there were a few holdouts. In his address Wednesday, Zelenskyy didn’t let them off the hook.

“I want to thank the 101 countries that voted for my video address to take place. It was a vote not only about the format. It was the vote about principles. Only seven countries voted against: Belarus, Cuba, North Korea, Eritrea, Nicaragua, Russia and Syria,” Zelenskyy said. “Seven. Seven who are afraid of the video address. Seven who respond to principles with a red button. Only seven. One hundred and one — and seven.”

There were also 19 abstentions.

Seated in the General Assembly Hall during Zelenskyy’s address were his wife , Olena Zelenska, and the Russian delegation. The latter remained seated through the speech, opting against walking out — a sanctioned form of protest. Zelenskyy’s speech was received with a standing ovation from several delegations.