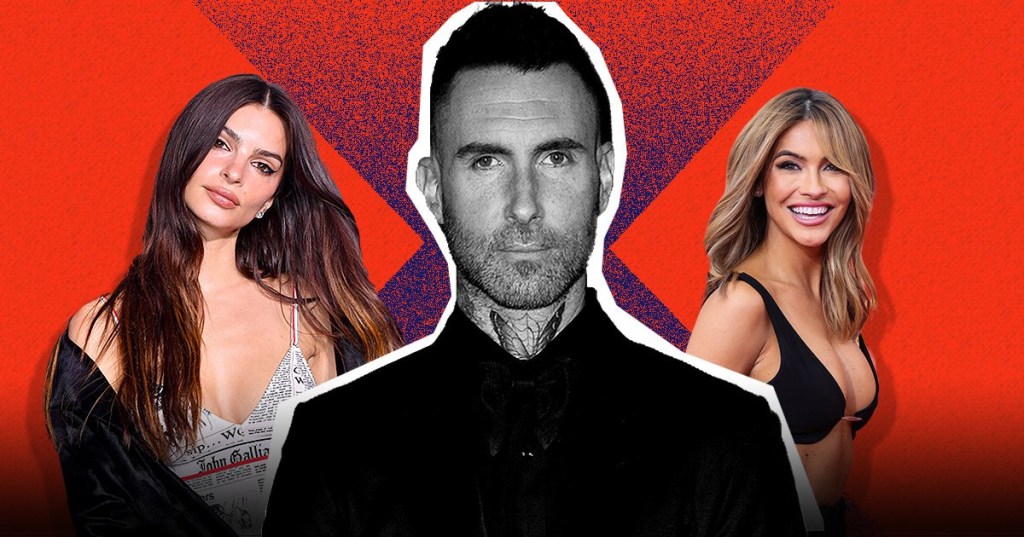 Chrishell Stause and Emily Ratajkowski have voiced their opinions about extra-marital affairs, hours after married rocker Adam Levine issued an apology for crossing ‘boundaries’ with other women.

Model Sumner Stroh claimed in a TikTok video that she had an affair with the Maroon 5 frontman last year, allegations that the artist has since denied.

The accusation came days after Levine, 43 announced that his wife, Victoria’s Secret model Behati Prinsloo, 34, is pregnant with their third child.

After Levine’s apology, a collection of celebrities have shared some cryptic thoughts about affairs including Selling Sunset star, Stause.

She doesn’t name Levine specifically, but paraphrases the last line of his apology, which read ‘we will get through this together.’

The Days of Our Lives actress took to Twitter and wrote: ‘When apologizing for cheating publicly I hate the -we will get through it together part from a man. Don’t speak for her. You’ve done enough.’

When apologizing for cheating publicly I hate the -we will get through it together part from a man.

In a TikTok video, model Ratajkowski also voiced her opinion on the double standards between men and women’s roles in affairs, when a man cheats in a relationship.

Speaking to camera, the actress said: ‘I don’t understand why we continue to blame women for men’s mistakes, especially when you’re talking about 20-something-year-old women dealing with men in positions of power who are twice their age.

‘The power dynamic is so skewed, it’s ridiculous. It’s predatory. It’s manipulative. If you’re the one in a relationship, you are the one who’s obligated to be loyal.’

In a separate video, Ratajkowski continued: ‘I think a huge problem in our culture right now is that we just say, ‘Oh, men are monsters, they’re terrible, they’re horrible. We don’t hold them accountable and then we blame other women.’

#stitch with @sarasadmomfoster maybe we just hold men accountable instead of just accepting them as terrible, asking them to do 0 work, and then blaming other women? ok gn.

Levine addressed the accusations of his affair on his Instagram yesterday, where he issued a written statement and denied all of Stroh’s allegations.

He did say that he had ‘crossed the line’ by flirting and speaking with other women while married.

He began: ‘A lot is being said about me right now and I want to clear the air. I used poor judgment in speaking with anyone other than my wife in ANY kind of flirtatious manner.

‘I did not have an affair, nevertheless, I crossed the line during a regrettable period of my life.’

He stated: ‘In certain instances it became inappropriate. I have addressed that and taken proactive steps to remedy this with my family.’

World Cup: Why will players wear the OneLove armband?