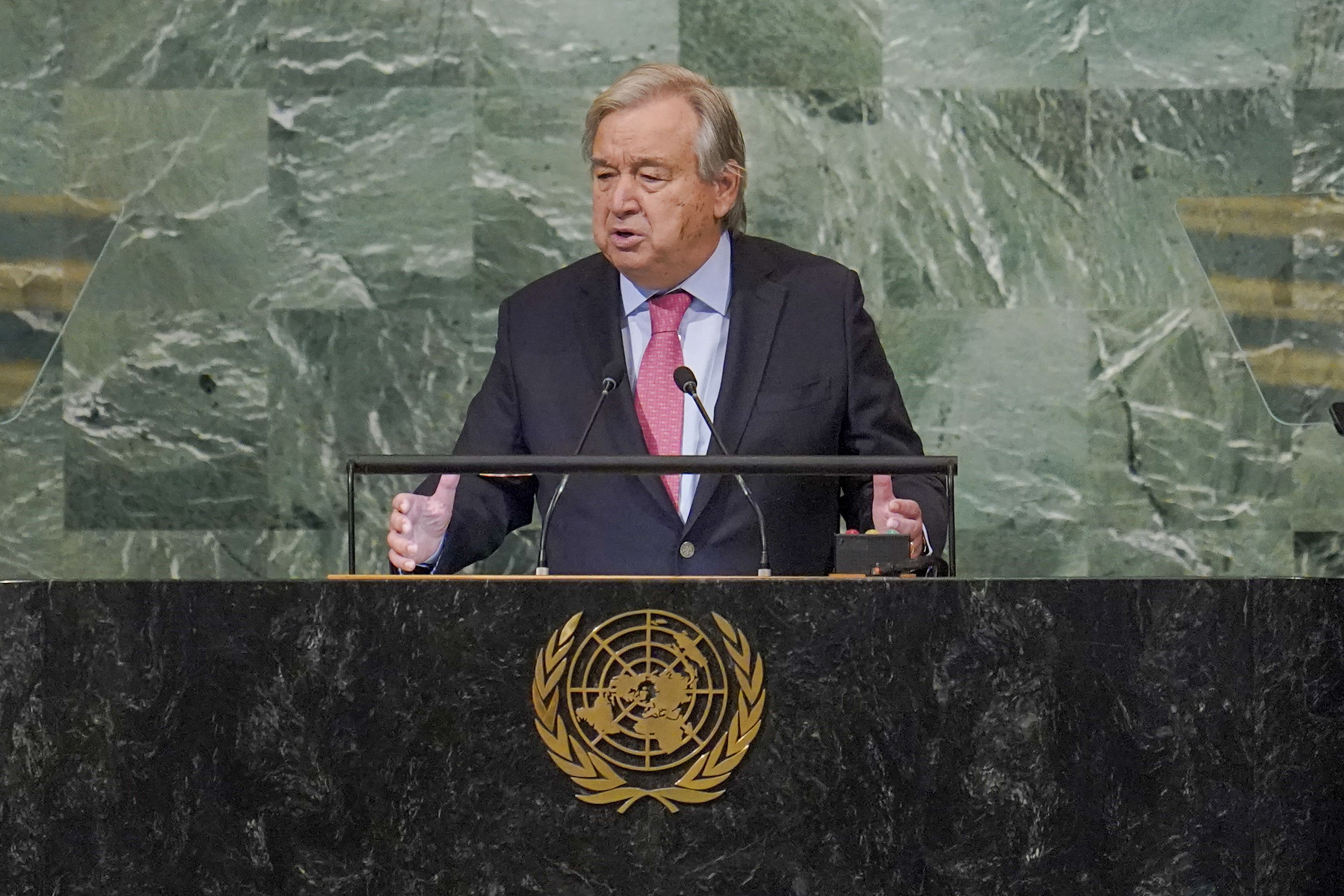 He sounded a global alarm, warning leaders about the survival of humanity and the planet. In language that was sometimes downright undiplomatic, he called out those he blames for the perilous state of the world.

It was Antonio Guterres’ strongest, most striking speech since he took the helm of the United Nations in 2017. And if you were the leader of a country, it was clear he wanted your undivided attention.

Guterres has spoken out often on growing geopolitical divisions, increasing inequality and the failure of nations to move quickly to tackle the climate crisis. But what was noticeable about his state-of-the-world speech Tuesday was its no-nonsense language, its gloomy tone and its focus not only on the breadth of challenges confronting “the splintering world” but his solutions — and his repeated plea to those in power that there is still hope and it’s time for action.

Guterres’ language was especially blunt when he lashed out at the growing divides in the world, saying “the international community is not ready or willing to tackle the big dramatic challenges of our age.” He then ticked them off — the war in Ukraine, spreading conficts, climate, money, ending extreme poverty and achieving quality education for all children.

The U.N. chief then took no-holds-barred aim at those he views as responsible.

Self-absorbed governments that are ignoring the U.N. Charter’s key principles of working together. Social media platforms ruled by profits that misinform, cause “untold damage” to people, communities and societies, and buy and sell data “to influence our behavior.” Artificial intelligence that “can compromise the integrity of information systems, the media and indeed democracy itself.”

There were more targets: the Group of 20 richest countries in the world that emit 80% of greenhouse gas emissions that cause global warming. The fossil fuel industry that reaps hundreds of billions of dollars while family budgets shrink and the planet burns. In a controversial proposal, he called on rich developed countries to tax these windfall profits and use the money to help countries suffering losses from the climate crisis and people struggling with rising food and energy prices.

To review Guterres’ language this week — and to compare it to a year ago — is instructive in understanding why his speech this year was so singular.

Last year, as the COVID-19 pandemic still raged, the secretary-general was already warning presidents and prime ministers that the world faced “the greatest cascade of crises in our lifetime.” That was before Russia invaded Ukraine, sparking global food and energy crises and dividing the already splintered community of nations even further.

His warning this year was even more alarming: “Our world is in peril — and paralyzed.” And in perhaps his most dire warning, he said, “We have a duty to act. And yet we are gridlocked in colossal global dysfunction.”

David Scheffer, a former U.S. ambassador-at-large for war crimes issues, said the 2022 version of Guterres is “a truth-teller” for a world “that …read more

Stock Market: Suez Canal Update! Floating!
Sunny and seasonal to round out the weekend

Mayor Curry: ‘We can’t afford to be complacent’ as Ian approaches