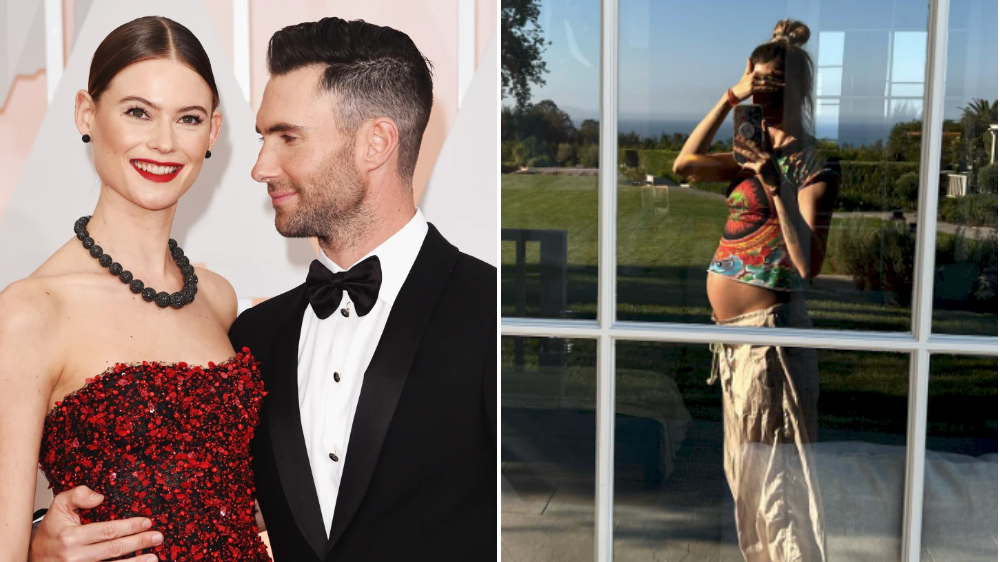 The Maroon 5 star was recently accused of cheating on his wife (Picture: Getty/Instagram)

Adam Levine was recently accused of having a ‘year-long’ affair with a model, while his wife is pregnant with their third child.

The Maroon 5 star is married to Victoria’s Secret angel Behati Prinsloo and it’s been just over a week since the news that their family is expanding became public knowledge.

Levine and Prinsloo are currently parents to Dusty, four, and Gio, five, and she’s previously spoken about wanting a big family.

But, rumours surfaced about the 43-year-old singer this week when Instagram model Sumner Stroh made a TikTok video, claiming to have been ‘manipulated’ by Levine.

‘Essentially, I was having an affair with a man who is married to a Victoria’s Secret supermodel,’ she said, before naming Levine and sharing DMs supposedly sent by him, in which he called her ‘hot.’

The pair are said to have stopped talking for a few months before Levine reached back out and reportedly asked Sumner to name his next child after her.

Who is Adam Levine’s wife?

Prinsloo is a Namibian model who works with lingerie brand Victoria’s Secret.

Prinsloo has also released her own swimsuit collection with VS, as well as a line of accessories for Juicy Couture.

Alongside runway modelling, she has appeared in music videos, including Maroon 5’s Animals and Girls Like You.

Most recently, Prinsloo was among models and celebrities modelling Rihanna’s new collection at the Savage x Fenty Vol. 3 fashion show.

How long have Adam Levine and Behati Prinsloo been together? (And how did they meet?)

Levine and Prinsloo met via a mutual friend in 2012 (Picture: Allen Berezovsky/Getty Images)

The Maroon 5 frontman started dating his current wife 10 years ago, after a mutual friend introduced them over email when the band were looking for models for their music video.

They got together in 2012 after Levine’s relationship with fellow Victoria’s Secret model Anne Vyalitsyna ended, and Prinsloo said they had ‘such a natural correspondence’ and ‘fell in love over email.’

While they may have been together for a decade, Levine and Prinsloo did briefly split in 2013 after just a few months together, but they quickly got back together, got engaged, then married, all within a year.

The model recalled the early stages of her marriage in an interview with Net-A-Porter in 2019, saying: ‘We broke up for two months, realised that it was the worst decision, then got back together, got engaged and got married. It was a wild ride!’

When is their baby due?

Armie Hammer’s wife speaks out over ‘very painful’ documentary on abuse allegations: ‘I definitely was surprised’

The shady business of police-ordered shutdowns