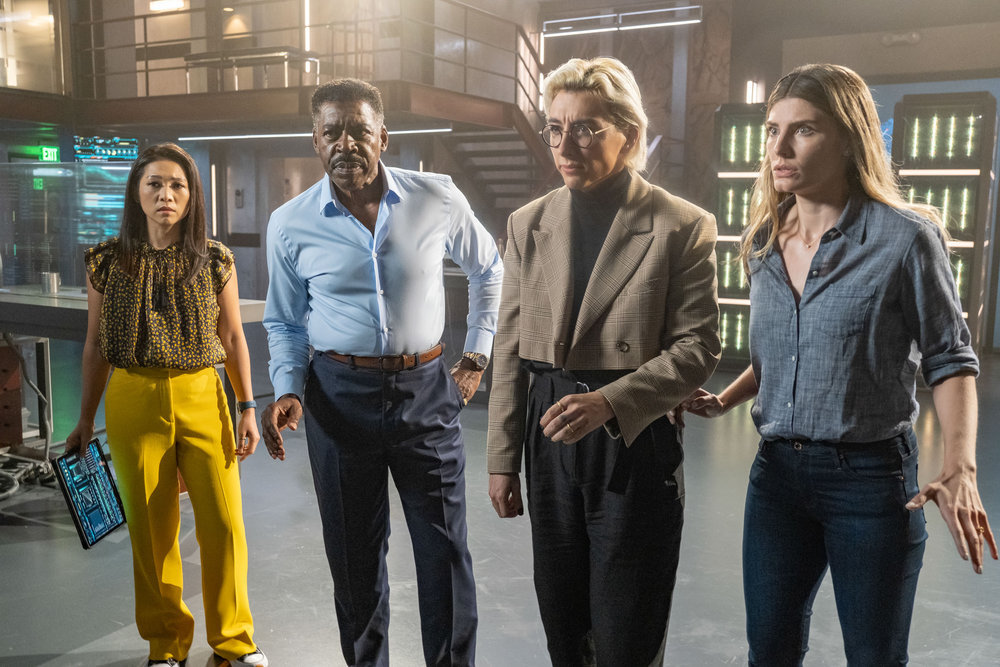 There are some sci-fi stories that really lend themselves to soaking in a convoluted web of explanations and jargon. And then there are some that only need a basic elevator pitch and whatever pops up when you go to this website and type on random keys.

A 2022 NBC reboot of “Quantum Leap” was never going to be in that first category. From an expectation-setting/self-preservation standpoint, Dr. Ben Song (Raymond Lee) is in the machine and leaping into the past before Minute 5 of the pilot is over. The episode opens with a nod to Scott Bakula’s Sam Beckett, the role that Lee is mirroring. The audience doesn’t necessarily need to know how or why Ben is hopping his way through the past. Whatever audience this show gets will be brought in by the hook: the chance to see the show’s main character pop up in a different time, location, and body every single week.

“Quantum Leap” as a concept is procedural TV carte blanche. Even the tiniest hint of Ben putting right what could go wrong is enough to put any scenario in play (as evidenced by where this 2022 pilot ends up). This opening episode, which finds Ben trying to subvert a deadly attempted heist, does manage to sneak in some key biographical details. Ben’s version of Dean Stockwell’s Al Calavicci is his fiancee Addison (Caitlin Bassett), who pops up as a hologram to guide him through whatever trouble he finds decades away. Time will tell how well this new version can pepper in more of what makes Ben Ben, rather than a mind hopping into random people.

Either way, the show doesn’t really need him to be much more than that. There’s room for Lee to grow into a certain kind of charm in this role beyond having to react baffled by each new situation he’s thrust into. Even if he doesn’t, the idea of “Quantum Leap” is going to be the engine here. And not just the premise, but the version of “Quantum Leap” that existed in its own specific point in TV time.

Will all future episodes that leap back more than 35 years use the same basic formula of “studio backlot dressed slightly differently + theater marquee + #1 hit playing on a passing radio”? Probably. Will there be a certain light-hearted, winking nature to whatever danger Ben faces? Almost certainly. A “Quantum Leap” reboot for broadcast was never going to be a darker, grittier take on this concept. At least at its start, this show is built on a more comforting kind of diet danger that ensures Ben makes it through to the next week relatively unscathed.

To accommodate that, the world of 1985 that Ben moves through over the course of the pilot is as malleable as its contradictory rules. Ben can’t drive a stick but he can speak threatening Romanian. Addison’s insistence that if any leapt-into body dies, he dies too is less …read more

Pierce Brosnan Isn’t Thinking About the Next James Bond Casting: ‘I Don’t Care’