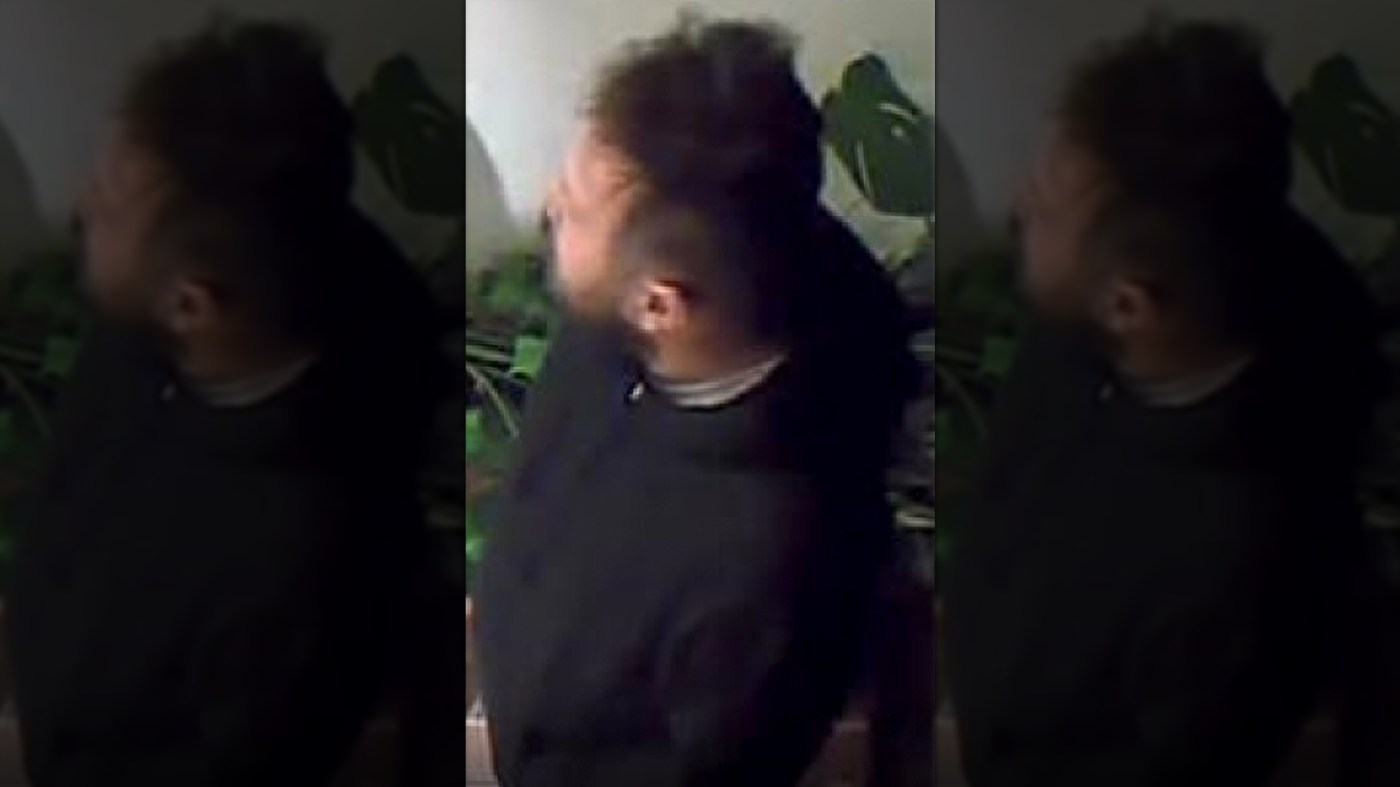 Police are on the lookout after video of a suspected burglar was captured after a home break-in early Sunday morning in Palo Alto.

Sunday around 2:30 a.m., police were alerted of suspicious activity in a home near Elizabeth F. Gamble Garden in Old Palo Alto. A neighbor said they heard an alarm and saw three suspects running straight from a nearby house to a dark sedan before driving off at a high speed. Upon arrival, police determined the house was burglarized, though no one was home at the time. The victim didn’t report any stolen property. Investigations reveal the suspects kicked open a side gate before breaking into the open.

A security camera hanging outside the home-owner’s front door caught three suspects fleeing the Old Palo Alto home at 2:13 a.m. according to police. All three suspects appeared to be males wearing black hoodies, but their faces were not visible in the footage.

Camera footage provided by the home owner also showed a male in a black hoodie approaching the front door at 10:48 p.m., just hours before the burglary. Police believe the suspect was “casing” the house, before returning with accomplices later on.

The Palo Alto Police Department requests that anyone with information about this incident call its 24-hour dispatch center at (650) 329-2413.

Do tiny homes really work as a solution to homelessness? Here’s what the data shows

Ask Amy: My husband’s friends know what I did, and I’m afraid they hate me