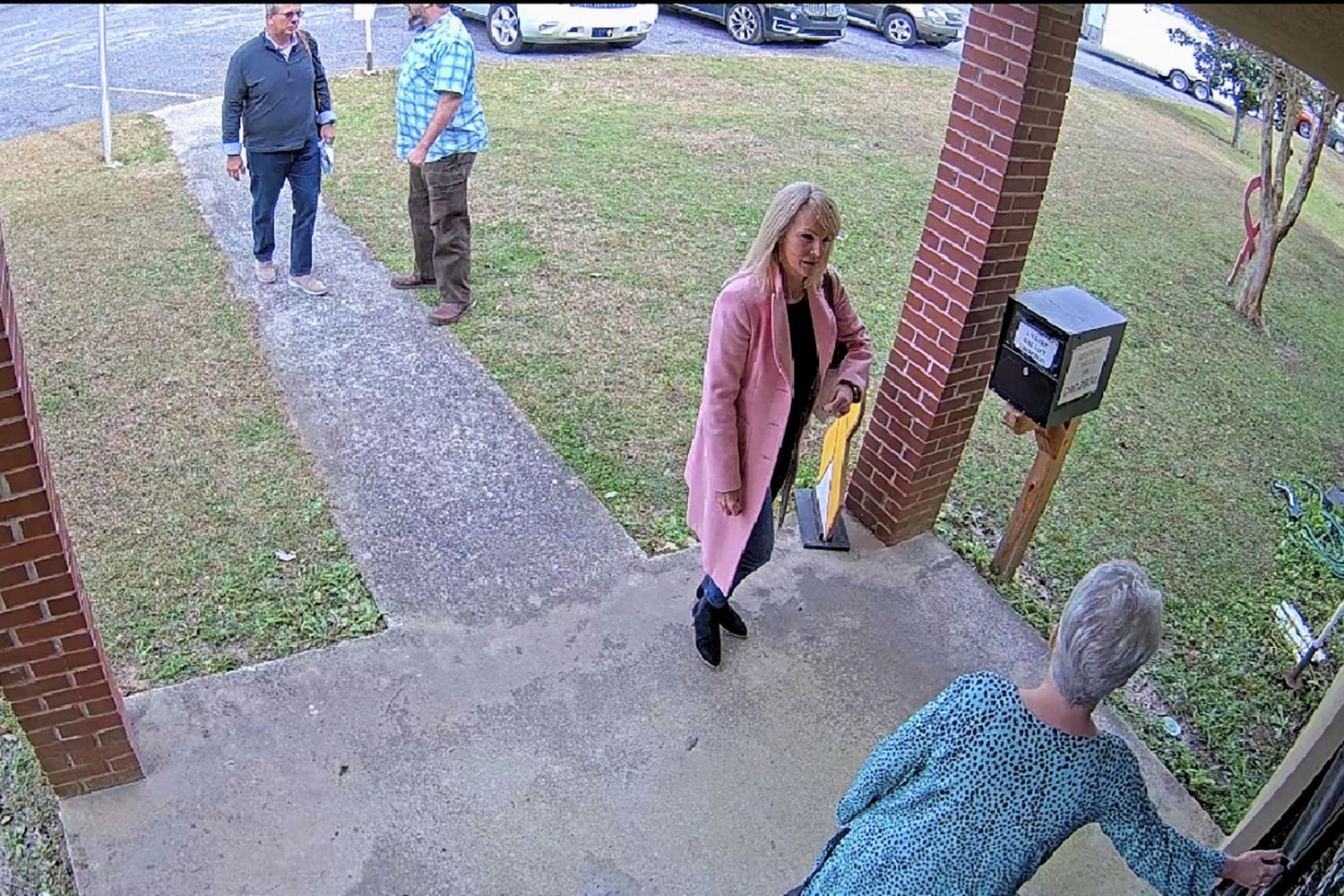 A former Republican Party official in Georgia who was a fake elector in 2020 misrepresented her role in an alleged breach of voting equipment at a rural elections office two months after the last presidential election, according to a court filing.

The filing late Monday is part of a broader lawsuit challenging the security of the state’s voting machines that has been drawn into a separate investigation of former President Donald Trump’s efforts to overturn his loss in Georgia.

According to the latest filing, Cathy Latham helped coordinate the arrival of a computer forensics team at the Coffee County elections office on Jan. 7, 2021, welcomed them upon arrival and spent nearly all day there instructing them what to copy. That turned out to be “virtually every component of the voting system,” the court filing says. That directly refutes her testimony in a sworn deposition and her representations in filings with the court, the document states.

The filing comes in response to Latham’s attorneys’ attempt to quash subpoenas for her personal electronic devices, including any cellphones, computers and storage devices.

Robert Cheeley, an attorney for Latham, did not respond to an email seeking comment. He previously said his client doesn’t remember all the details of that day. But he said she “would not and has not knowingly been involved in any impropriety in any election” and “has not acted improperly or illegally.”

Latham said in a deposition last month that she moved to Texas over the summer. In January 2021, she was chair of the Coffee County Republican Party and was the state party caucus chair for more than 125 of Georgia’s smaller counties. Latham also was one of 16 Georgia Republicans who signed a certificate in December 2020 falsely stating that Trump had won the state and declaring that they were the state’s “duly elected and qualified” electors.

Trump in fact lost Georgia by nearly 12,000 votes to Democrat Joe Biden. The investigation into Trump’s efforts to change the results includes a phone call he made to the Georgia secretary of state suggesting he could “find” just enough votes to make Trump the winner.

The Georgia secretary of state’s office has described the copying of data from Coffee County’s election system as an “alleged unauthorized access.” It’s the latest of several suspected breaches of voting system data around the country tied to Trump allies since his election loss.

Attorney Sidney Powell and other Trump allies were involved in arranging for the copying of the election equipment in Coffee County — it is home to 43,000 people and voted overwhelmingly for Trump — as part of a wider effort to access voting equipment in several states, according to documents produced in response to subpoenas in the long-running lawsuit over Georgia’s voting machines.

Latham’s “data likely will reveal additional details about the work performed and information obtained in the breach, what was done with the compromised software and data, and the people involved in planning and orchestrating the breach, which puts voters and future elections at enormous …read more

Prosecutors want ex-Kansas cop to stay in jail before trial