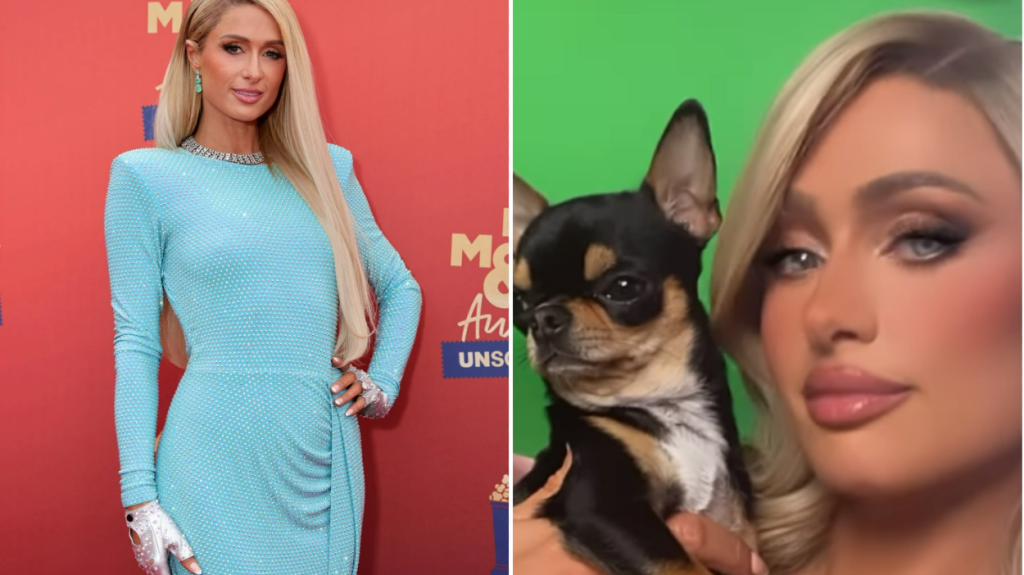 Paris Hilton has issued a desperate plea to her fans to help her find her missing dog, Diamond Baby.

The TV personality and heiress, 41, made told her millions of fans on Instagram that Diamond Baby has now been missing for almost a week.

Her beloved pet was last seen on September 14, when she is said to have run out of Paris’ home through an open door while she was moving house.

In the post, Paris said: ‘This is so incredibly hard for me to post because I’ve been at a loss of words. Diamond Baby has been missing since last Wednesday.’

‘I was at a photoshoot and we’re moving houses and one of the movers must have left a door open.’

She continued: My family and friends have been helping me search high and low throughout my entire neighbourhood and have gone door to door but we still haven’t found her.’

In a bid to expand the search, Paris has now called on her social media fans to provide any information they can that might bring Diamond Baby home.

Paris explained: ‘We have hired a pet detective, a dog whisperer, a pet psychic and looking into dog finding drones now. I’m doing everything in my power to get her back.’

‘Anyone who has ever loved a pet and lost a pet will understand this pain that I’m feeling. My heart is broken – I’ve been in tears, so sad and depressed.’

She has also offered a ‘big reward’ to the person who manages to find Diamond Baby and bring her back to her mum.

‘There will be a big reward for her return and NO questions asked. If you know ANYTHING, please keep an eye out for my baby,’ she added.

Paris said ‘My heart is broken – I’ve been in tears, so sad and depressed.’ (Picture: Kevin Winter)

Paris is, of course, famous for her love of dogs. Over the years, it’s been estimated that she has owned at least 10 tiny canines.

Five years ago, Paris revealed to her fans that two of her dogs lived in a tiny two-story ‘doggy mansion’ with heating, designer furniture, and a chandelier.

Paris with Tinkerbell, her beloved dog for 14 years (Picture: SplashNews.com)

The chihuahua died in 2015 at the age of 14, after being pictured absolutely everywhere with Paris throughout most of the 2000s.

Stock Market: Suez Canal Update! Floating!
Bears believe they ‘can run the ball on any team,’ which is half the equation offensively

‘It was worth getting up at 3am’: Mourners at Hyde Park on watching the Queen’s funeral

What happened in Star Wars film Rogue One? Full recap as Andor drops on Disney Plus