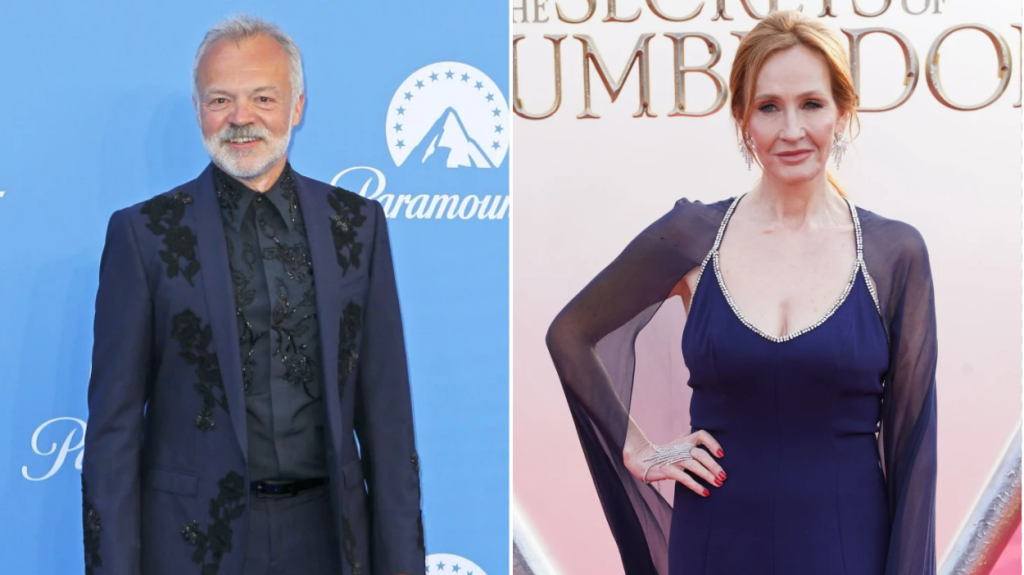 ‘Am I suddenly the f***ing moral arbiter of the world who says who can be on TV or can’t? No.’ (Picture: Ian West/PA/Dave Benett)

Last month, the talk show host and actor, 59, spoke to Rowling about her new novel, The Ink Black Heart, and one of its key subjects: cancel culture.

The decision to host Rowling, 57, was greeted with some backlash, given Rowling’s well-documented views on gender identity and transgender women.

But speaking after the interview aired, Norton has insisted that the decision to host the outspoken writer was perfectly fair.

He said: ‘Am I suddenly the f***ing moral arbiter of the world who says who can be on TV or can’t? No.’

Speaking with The Times, he continued: ‘People will be on my show and I’ll laugh with them and that will annoy some people, but not having them on seems just as bad.’

Norton moved over to Virgin Radio in 2021 (Picture: Samir Hussein/WireImage)

However, he clarified that, while he might allow Rowling onto his show, he wouldn’t exactly be comfortable with her using it as an extension of her Twitter feed.

‘I wouldn’t have her on to air her views… I got an insight into her when she talked about enjoying the pub brawl aspect of Twitter. I thought: “Oh, now I get it — you enjoy this.”‘

He added: ‘She has the right to still wang on about her crime novel. The easiest thing would be to not have her on, but that didn’t seem right.

‘We should talk to people we disagree with and I would not further any cause by not having her on. She will still sell a gazillion books.’

In the interview with Norton, Rowling claimed that she wrote the majority of the book before she began regularly airing her ‘gender-critical’ views on social media.

What is the Real Living Wage and who has to pay it?

Teenager grazed in drive-by shooting on South Side