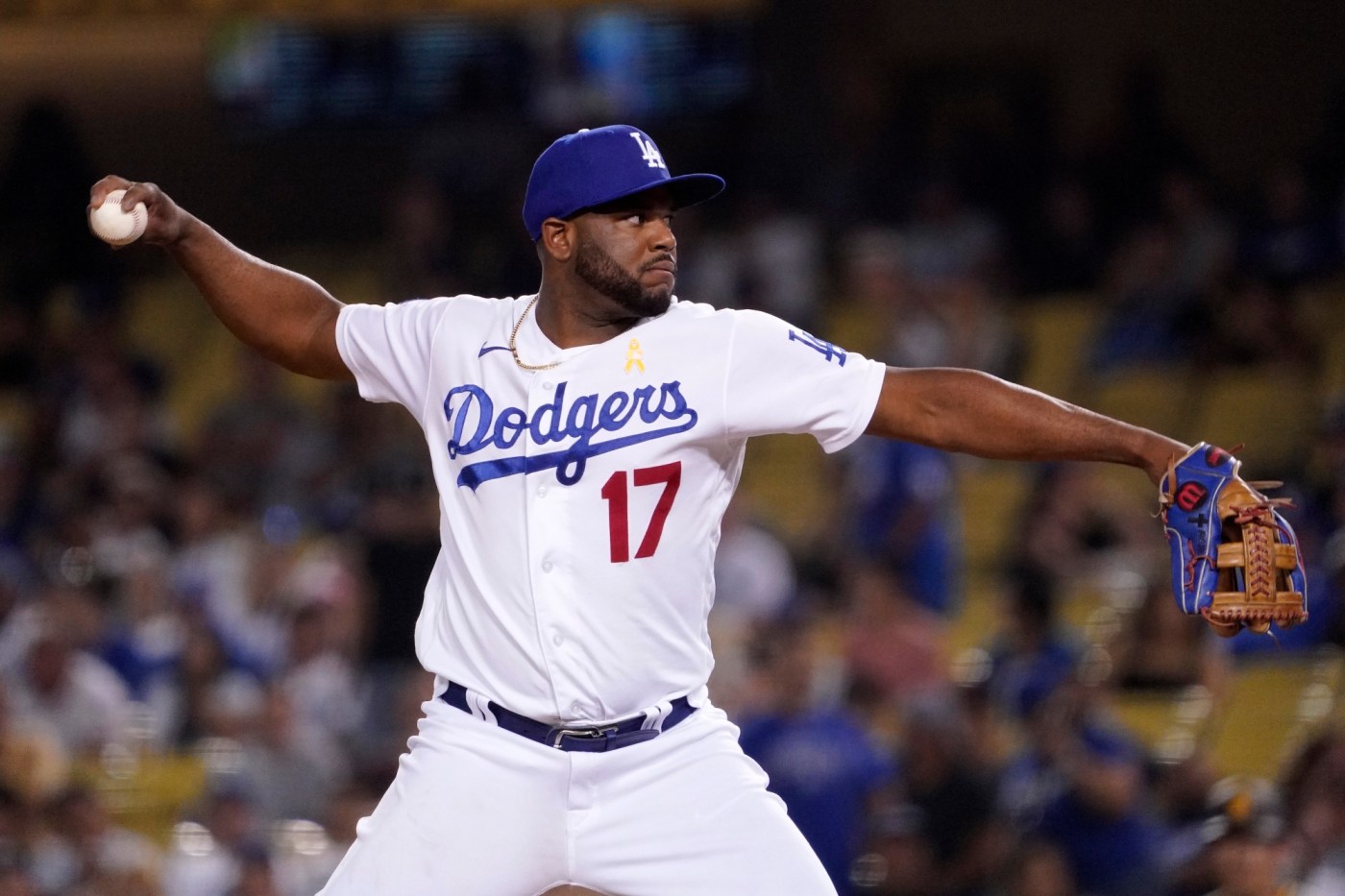 LOS ANGELES ― For its Sunday night broadcast of the Dodgers’ game against the San Francisco Giants, ESPN made a wise choice when choosing a player to provide in-game commentary: Dodgers utility player Hanser Alberto.

Karl Ravech, the play-by-play broadcaster, broached the subject of Alberto’s pitching during their segment in the fifth inning. When Ravech said Alberto has made seven pitching appearances this season, Alberto corrected him.

Although Alberto takes pride in the record – enough, at least, to point it out during a national broadcast – his relationship with the history books is a bit tortured.

“We have to so we do it,” Alberto explained, “but to be honest we don’t want to be there. We don’t look forward to it. You don’t want to look strange or weird out there. We just want to play our position. It’s to help the team, so we do it.”

Using Alberto allows Manager Dave Roberts to save his actual pitchers for game situations in which the outcome is in doubt. In effect, putting Alberto on the mound is an act of conceding the final outcome of the game before its conclusion.

Alberto was not selected for the role based on his pitching prowess. A native of the Dominican Republic, Alberto pitched as a youth only once, around the age of 8 by his own estimate. Before this season he had made two mound appearances in a major league game and allowed two runs, giving him a 13.50 career ERA (it’s down to 4.82 now).

To his credit, Alberto varies the speed on his pitches like few others. His slowest pitch this season according to Statcast traveled 44 mph. His fastest, a 77-mph heater, was fouled off by Arizona’s Geraldo Perdomo. He even has a strikeout, freezing Padres slugger Josh Bell on a two-strike, 68-mph something on Sept 3.

Other than trying to hit a certain target, Alberto said he does not bring a strategy to the mound. Dodgers catcher Will Smith told the Southern California News Group that he does not actually call pitches with Alberto on the mound.

“At least put it in a good spot that I can get weak contact,” Alberto said. “Outside most of the time, just because I don’t want to leave something up or right in the middle.”

There is one exception to this rule.

Alberto has a request. There’s one hitter he would like to pitch to before the season is over – this …read more