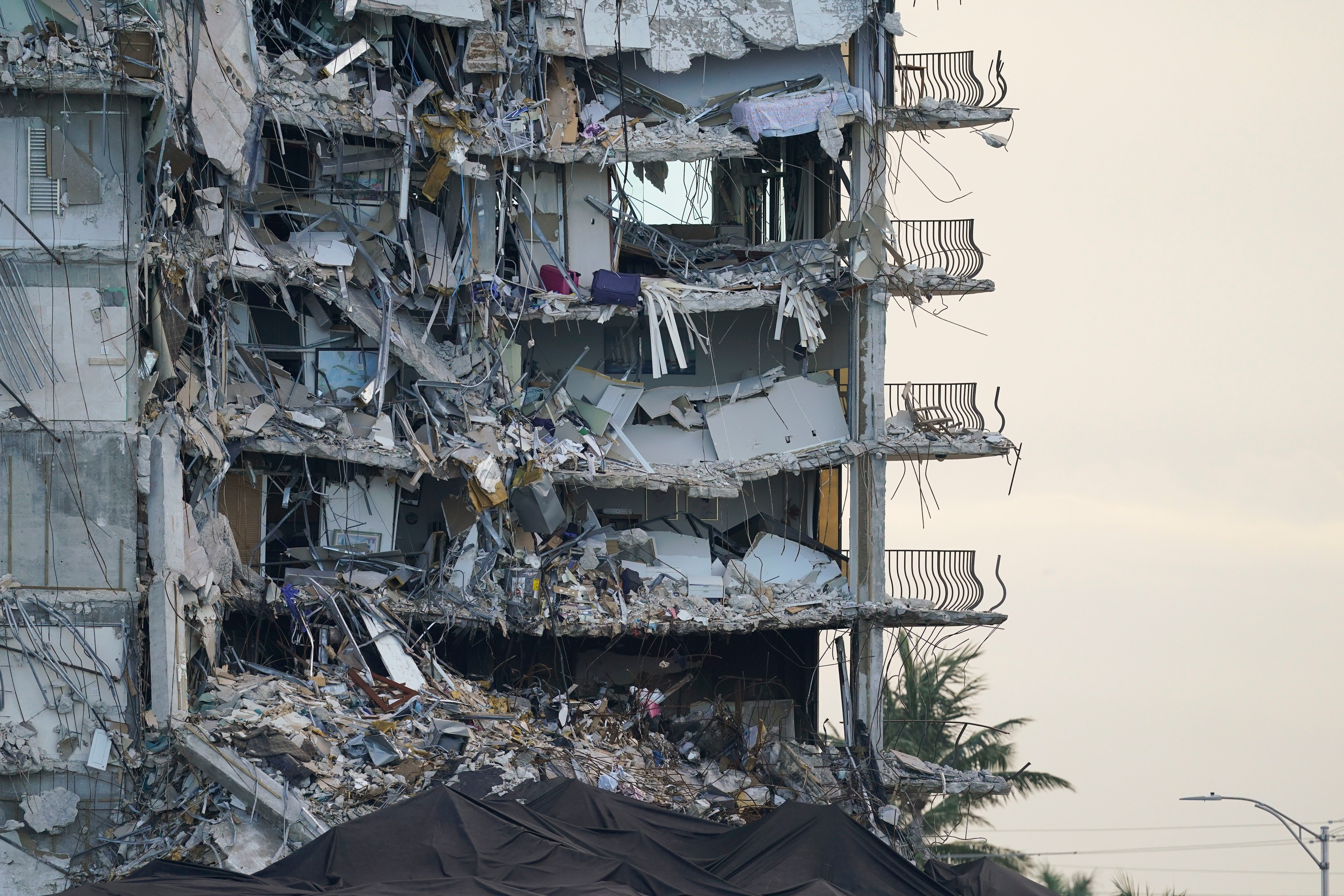 Developers and city officials pushed back on family members’ expectations during a meeting held Monday to discuss a memorial for 98 people who died last year when a beachfront Florida condominium building collapsed.

“We all would have loved to build something, a park or something,” Danzinger said of the site. “But by order of the judge, it was sold. It’s now private property.”

Dubai-based DAMAC purchased the 1.8-acre (1-hectare) beachside site for $120 million earlier this year. It’s not clear yet what structure will rise on the site, but DAMAC’s business focuses on luxury residential, commercial and leisure properties.

The town of Surfside has already set aside space for a memorial near the collapse site, but family members are hoping to have some kind of memorial on the site itself.

Danzinger suggested working with the town to adjust some easements to accommodate a memorial near the edge of the lot.

Martin Langesfeld, who lost his sister and brother-in-law in the collapse, said he would like the memorial to mark where the victims actually died.

“We do want to work around the area where a majority of the people and most of the blood was,” Langesfeld said.

The problem for developers is that most of the people died in the buildable portion of the lot.

“When you start asking for 50 feet or 70 feet into the site, because that’s where the building was, that becomes something which is very difficult for us to be able to look at and say we can give up a third or a half of the development,” DAMAC representative Jeff Rossely said.

A Miami-Dade County circuit judge approved a settlement for the victims and property owners in June that totaled $1.1 billion, which includes the sale of the lot. The settlement money also comes from dozens of other sources, including insurance companies, engineering firms and a luxury condominium building whose recent construction next door is suspected of contributing to structural damage. None of the parties admit any wrongdoing.

A final conclusion on the cause of the collapse is likely years away. The National Institute of Standards and Technology is overseeing the investigation.