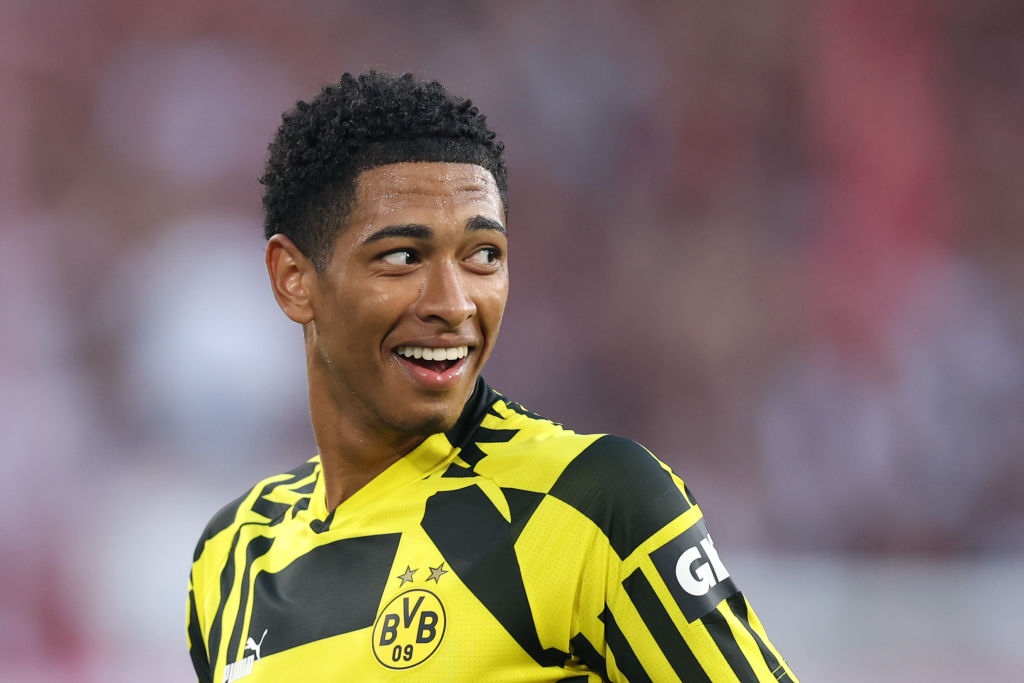 Manchester United legend Bryan Robson admits he was devastated when Jude Bellingham rejected the club for Dortmund as the Red Devils were convinced that the England star would move to Old Trafford.

In the summer of 2019, Bellingham visited United’s training ground and was met by Ole Gunnar Solskjaer, Sir Alex Ferguson, Eric Cantona and Robson.

The personnel present was a sign in itself of just how highly United rated the then-Birmingham midfielder, who was just 16 at the time.

United spoke at length with Bellingham and his parents, having agreed a deal with Birmingham for his services.

However, despite the effort made by the club, Bellingham joined Dortmund that January for a fee of around £25m.

Just over two years later, having impressed in Germany, Bellingham’s value is around £100m.

Bellingham is valued at around £100m (Picture: Getty)

Liverpool have been heavily linked with his signature, though United could also challenge for him again next summer.

But Robson says the club were adamant that Bellingham would opt for Old Trafford before he informed them of his decision to move to Dortmund.

‘Unfortunately for us he decided to move to Germany. We thought we more or less had him,’ Robson told the Sun.

‘Myself, Sir Alex and Eric Cantona all met him with his mum and dad at Carrington and after that meeting we thought he was coming to us.

‘Now there is talk about him moving next summer and you see Liverpool mentioned a lot.

‘We thought we had him and he would have been a great signing for us. But he definitely has it in him to become a great player for England’

Bellingham has been compared to Robson for his box-to-box nature and his ability to score goals from midfield.

The teenager is pushing for a starting spot in England’s starting XI for the World Cup in Qatar and Robson believes Bellingham will become a regular for years to come.

‘I definitely think he might have a bit of me in him,’ said Robson.

‘It’s all very well flying forward and trying to score but it’s also about protecting your back four.

‘That was something I always believed that you had to do as a midfielder.

‘I watched him closely playing against City and you could see how much he’s progressed since we thought we had landed him at Manchester United a couple of years ago.

‘I don’t like him’ – Granit Xhaka should have left Arsenal years ago, says Garth Crooks

Robert Quinn to young Bears: ‘Don’t get used to the feeling of losing’