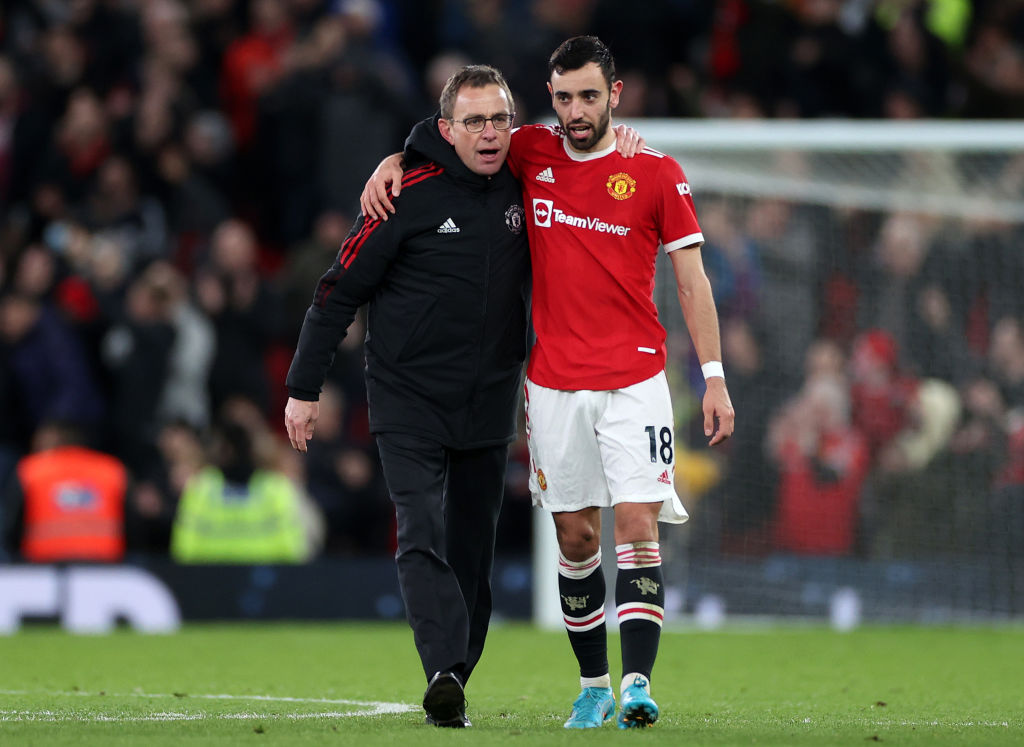 Manchester United midfielder Bruno Fernandes has attempted to explain why Ralf Rangnick failed at the club.

Rangnick stepped in as interim boss in November following the dismissal of Ole Gunnar Solskjaer, after the club’s poor start to the 2021-22 campaign.

Things got worse under the German – who was due to move into a consultancy role at United after the club appointed a new permanent manager – but ended up abandoning those plans and left Old Trafford altogether at the end of the season.

Rangnick, now in charge of international side Austria, left the club with the lowest points-per-game (1.5) and win percentage (42 per cent) of any United manager in the Premier League.

There had been high hopes when United brought in Rangnick, who is famous for developing the Gegenpressing style of football used by Liverpool’s Jurgen Klopp, Bayern Munich’s Julian Nagelsmann and former Chelsea boss Thomas Tuchel.

Giving his opinion on why it did not work out for Rangnick at United, Fernandes told The Athletic: ‘Ralf came with his idea of playing with intensity and pressing and how he was used to playing in Germany.

1.5/42 – Ralf Rangnick’s points-per-game (1.5) and win percentage (42%) are both the lowest of any Manchester United manager in the Premier League. Consulted. pic.twitter.com/9gO3EZcmM3

‘But it did not quite work out with us because there was an atmosphere between everyone where the confidence was low and everything was really down.

‘It is really difficult to come off when you are in that run. It is nothing to do with Ralf. He tried his best.

‘He is a good manager with good ideas but it did not fit with everyone.

‘This is because the team had been built with Ole and his idea, and then a new manager comes in with (his own idea).

‘That probably could be the difference at the club because every manager who has been here has had different ideas, so they bring different players in.’

Stock Market: Suez Canal Update! Floating!
Asking For A Friend: Is it normal develop feelings for your friend’s partner?

Jay Blades on how The Repair Shop ‘fixed’ him after experiencing racism, violence, and neglect