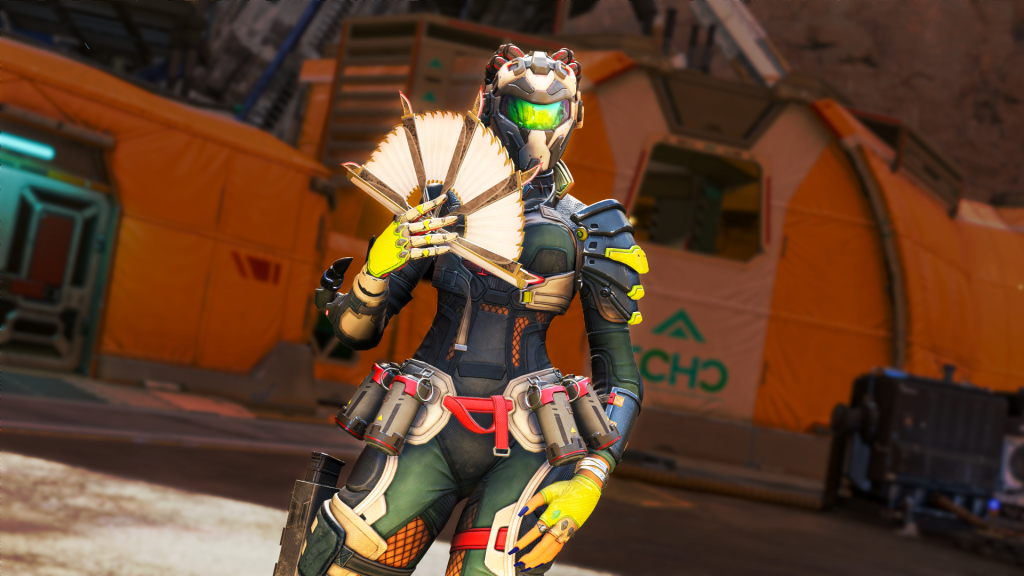 The Apex Legends Beast of Prey collection event has just dropped, bringing yet another legend heirloom, as well as a limited time mode.

Each season of Apex Legends comes with various events that keep the game interesting and give players more of an incentive to play and Season 14 is no different.

The Beast Of Prey collection event finally brought Loba’s heirloom to the game, something players have been waiting for since she joined the meta in Season 5.

Loba’s heirloom is called Garra de Alanza (Alanza’s Claw) and comes in the form of a folding fan with blades. It has a meaningful connection to her past as it belonged to her mother.

The folding fan was continuously teased in Apex Legends’ comic strips, through a story where Loba was trying to steal back her family heirloom from an auction.

The Translocating Thief has now become the 15th legend to have an heirloom, joining the likes of pro play picks such as Wraith, Pathfinder, and Bloodhound.

Here’s a list of all the legends and their heirlooms since Season 1:

How do you play the Gun Run LTM?

Besides Loba’s dangerous folding fan, Apex Legends has now gained a limited time mode that is set to last for a few weeks. The Gun Run LTM will give your team the chance to have intense matches against three other squads in a race to master a wide range of weapons in the Apex arsenal.

Every time you get a kill using a gun, you will be rewarded with the next best weapon in the match. This means that teamplay is always rewarded if your squad wants to win the game, as the LTM’s objective is to progress through the guns as quickly as possible.

You’ll also be able to preview what gun you’re getting next through an in-game tracker.

The Gun Run tracker will show you your progress in the match (pic: Respawn)

There’s one catch though: to win the Gun Run mode you’ll need to strike the last enemy with a unique throwing knife, that kind of looks like a primitive version of Wraith’s Kunai heirloom. The Gun Run mode will be available to play in Skulltown (Kings Canyon) and Fragment East (World’s Edge) during the collection event – so get ready for some close-range combat.

The more you play this mode, the more cosmetics you’ll be able to unlock through the prize tracker. You can earn points through completing the event’s challenges, which will also stack up points for your …read more

‘It was like being an eye-witness to history’: Susanna Reid reflects on reporting Queen’s funeral