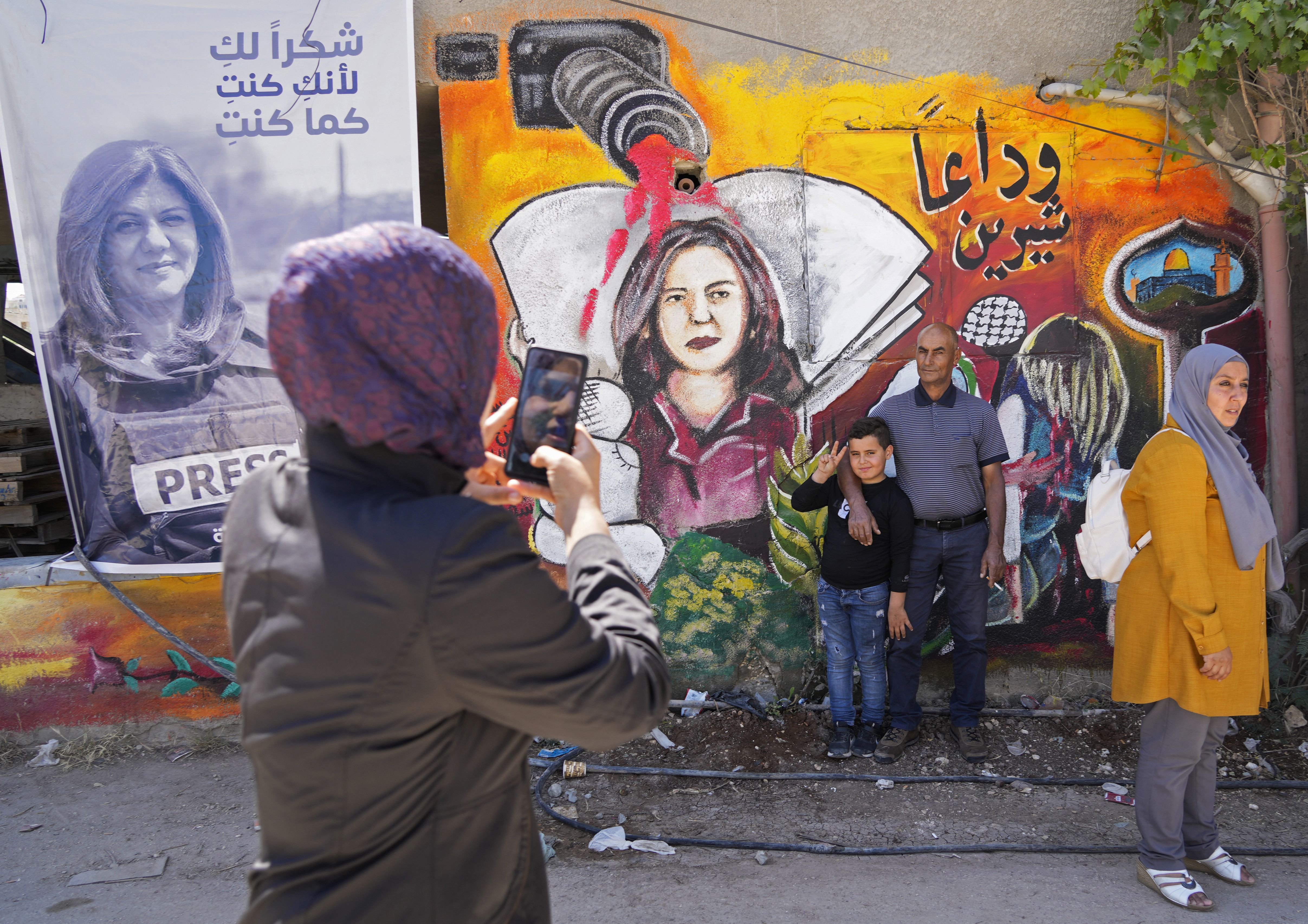 A coalition of lawyers and advocacy groups said Tuesday it has referred the fatal shooting of Al Jazeera journalist Shireen Abu Akleh to the International Criminal Court on behalf of her family, calling on prosecutors to investigate what it described as Israel’s deliberate targeting of the veteran reporter.

Palestinian officials, Abu Akleh’s family and Al Jazeera accuse Israel of intentionally targeting and killing the 51-year-old journalist, who was wearing a helmet and a protective vest marked with the word “press” when she was shot last May in the occupied West Bank.

An international research group also presented its investigation into the fatal shooting, implicating an Israeli soldier in her death and alleging that the timing and trajectory of the bullets suggest Abu Akleh was deliberately targeted. Israel has acknowledged that Israeli fire probably killed Abu Akleh, but vigorously denied allegations that a soldier intentionally targeted her.

That point of contention has become central to Palestinian efforts to hold Israel accountable for the shooting. Abu Akleh’s advocates said on Tuesday they have added her case to a legal complaint taken by the ICC that accuses Israel of deliberately killing and wounding Palestinian journalists wearing press vests in the West Bank and Gaza.

“Our family shouldn’t have to wait another day for justice,” Anton Abu Akleh, Shireen’s brother, told reporters from The Hague. “No other Palestinian-American or journalist family should have to endure what ours has.”

Filing a complaint with the court does not guarantee that prosecutors will open an investigation. If opened, such an investigation could take years, with actual prosecution far off.

ICC prosecutors opened a preliminary examination into allegations of war crimes by Israel in Gaza and the occupied West Bank in 2015, but did not begin a formal investigation until last year. It is not known how long that probe will last.

Abu Akleh had covered the West Bank for Al Jazeera for two decades and was a household name in the Middle East. Her death sparked outrage across the world, throwing a spotlight on Israel’s operations in the West Bank. Some 90 Palestinians have been killed in nightly Israeli arrest raids in recent months, many of them said to be militants or Palestinian youth protesting the raids, making it the deadliest year in the occupied territory since 2016.

This month Israel acknowledged for the first time there was a “high probability” that one of its soldiers had mistakenly killed Abu Akleh during a raid in the northern West Bank. However, the military stopped short of accepting full responsibility and said no one would be punished for the shooting. Israeli Prime Minister Yair Lapid also rebuffed U.S. calls for Israel to review its open-fire policies.

Israel has claimed that its soldiers were battling Palestinian gunmen at the time, though witness accounts and amateur video have shown the area was quiet in the moments before her shooting.

France: No nation can stay ‘indifferent’ on Ukraine war