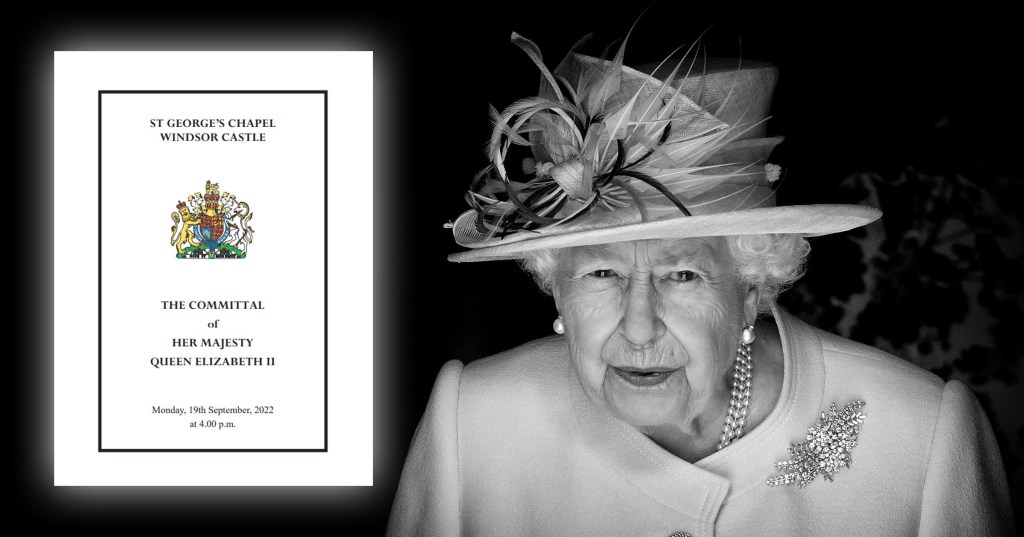 Her Majesty will be laid to rest at the end of the committal ceremony today (Pictures: Getty/The Royal Family)

Her Majesty will finally be laid to rest at Windsor Castle’s St George’s Chapel this afternoon, after a committal service in which final words will be said.

The King and members of the Royal Family will be at the ceremony, as well as past and present members of the Queen’s Household, Governors General, and Realm prime ministers.

Here is a breakdown of everything that will happen right up until the Queen’s coffin is lowered into the royal vault and the monarch is left to rest in peace.

People started entering the chapel at 1pm but religious leaders and Royal Family members only began trickling in from 3pm.

The Queen’s coffin will arrive at the chapel, followed by a procession, at 4pm.

Everyone will stand as the Choir of St George’s Chapel sings Psalm 121.

The congregation will be invited to sit while the choir sings again, before rising to hear the Dean of Windsor read the bidding.

He will welcome everyone gathered to ‘commit into the hands of God the soul of His servant Queen Elizabeth’.

Everyone will then sing All my Hope on God is Founded’ before the Dean of Windsor reads from the book of Revelation.

The congregation will kneel or sit for a praying session read by several church leaders and then the whole chapel will say The Lord’s Prayer together.

The choir will sing a short piece of music, called a motet, and then the Instruments of state will be handed to the Dean of Windsor in silence.

This will be done by the Queen’s Bargemaster – the commander of the 24 Royal Watermen who used to row the royal barges up and down the River Thames – and the Serjeant at Arms – a parliamentary official.

The instruments of state – the imperial state crown, the orb and the sceptre – will be placed …read more