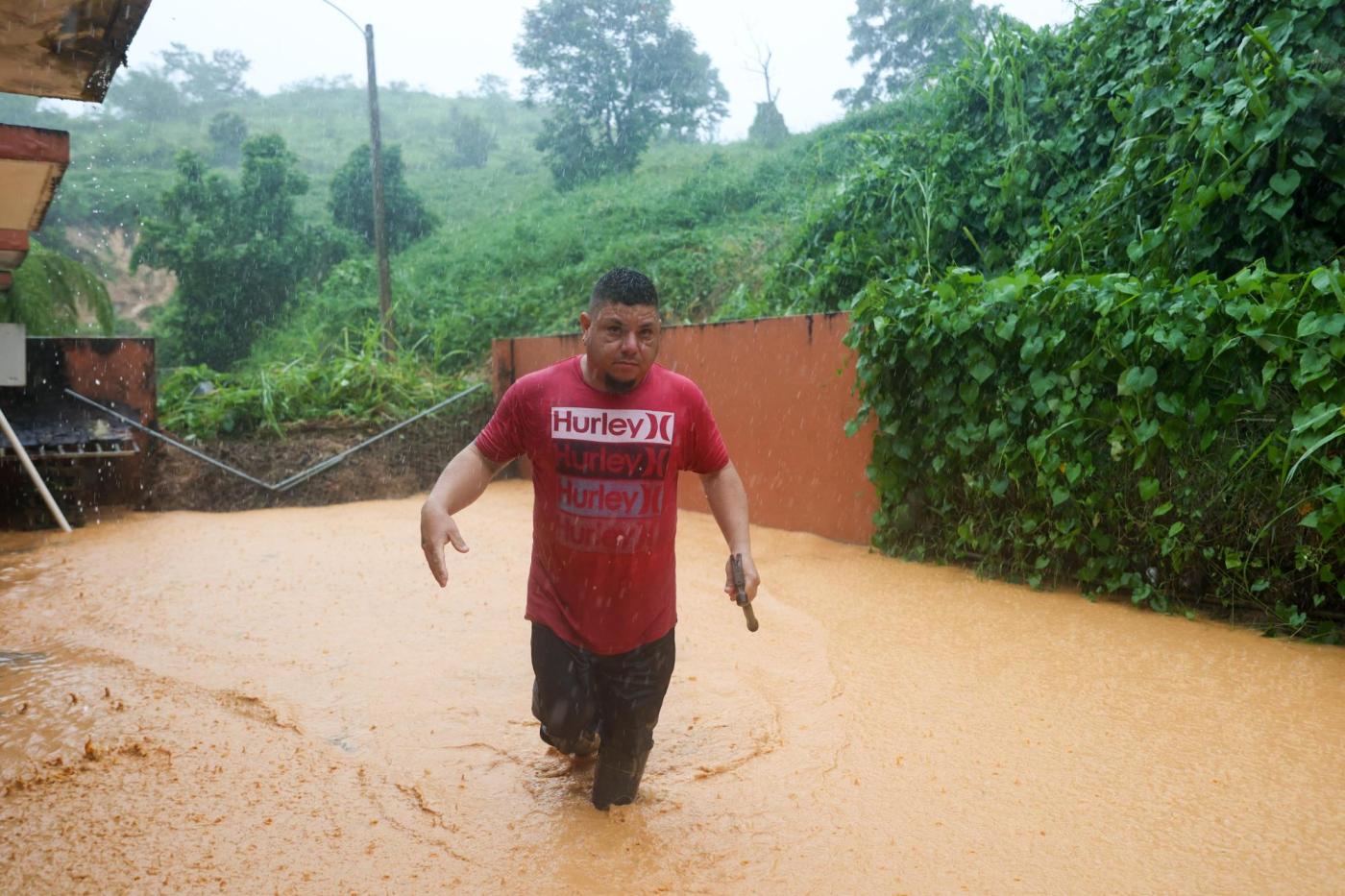 SAN JUAN, Puerto Rico (AP) — Hurricane Fiona unleashed more rain on Puerto Rico on Monday, a day after the storm knocked out power and water to most of the island, and National Guard troops rescued hundreds of people who got stranded.

The governor warned that it could take days to get the lights back on.

The blow from Fiona was made more devastating because Puerto Rico has yet to recover from Hurricane Maria, which killed nearly 3,000 people and destroyed the power grid in 2017. Five years later, more than 3,000 homes on the island are still covered by blue tarps.

The storm stripped pavement from roads, tore off roofs and sent torrents pouring into homes. It also took out a bridge and flooded two airports.

Authorities reported two deaths from the hurricane — a Puerto Rican man who was swept away by a flooded river and a person in the Dominican Republic who was hit by a falling tree.

The storm was still expected to dump up to 15 inches (38 centimeters) of rain in some places as it spun away from the U.S. territory that is home to 3.2 million people.

Forecasts called for the storm to grow into a major hurricane of Category 3 or greater. It was on a path to pass close to the Turks and Caicos islands on Tuesday and was not expected to threaten the U.S. mainland.

One death in Puerto Rico was associated with the blackout — a 70-year-old man who was burned to death after he tried to fill his generator with gasoline while it was running, officials said.

Gov. Pedro Pierluisi declined to say how long it would take to fully restore electricity, but he said for most customers it would be “a question of days.”

Since the start of the storm, National Guard troops have rescued more than 900 people, Gen. José Reyes told a news conference.

Meanwhile in the Dominican Republic, authorities closed ports and beaches and told most people to stay home from work. Nearly 800 people were evacuated to safer locations, and more than 700 were in shelters, officials said.

The hurricane left several highways blocked, and a tourist pier in the town of Miches was badly damaged by high waves. At least four international airports were closed, officials said.

Back in Puerto Rico, the National Weather Service office said flash flooding was occurring in south-central parts of the island and tweeted, “MOVE TO HIGHER GROUND IMMEDIATELY!”

Up to 22 inches (56 centimeters) of rain fell in some areas of Puerto Rico, and forecasters said another 4 to 8 inches could fall as the storm moves away, with even more possible in some places.

“It’s important people understand that this is not over,” said Ernesto Morales, a weather service meteorologist in San Juan.

“The damages that we are seeing are catastrophic,” Pierluisi said.

Milpitas mayor candidates promise a cultural change from the top