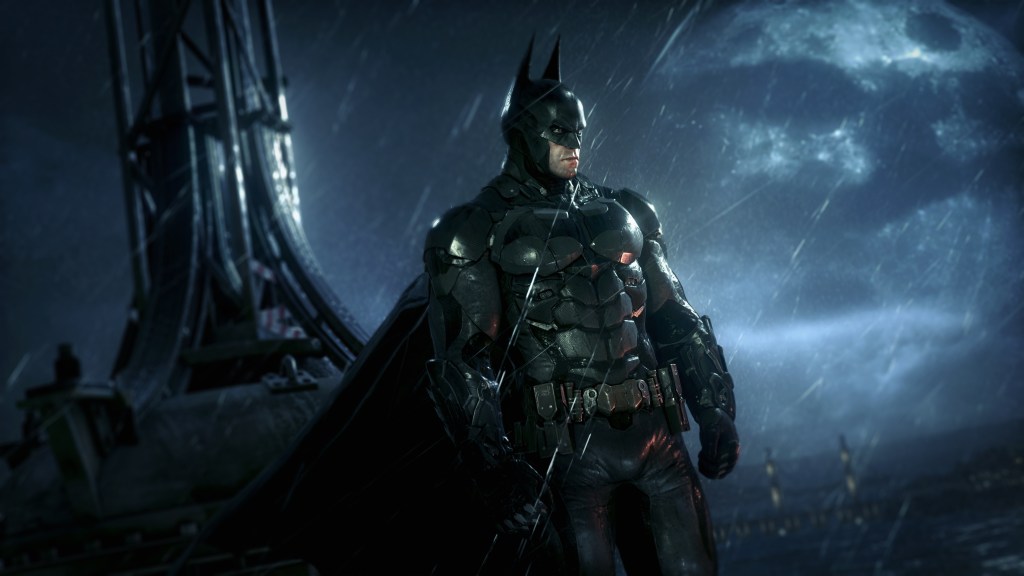 Batman: Arkham Knight – now’s the time if you haven’t got round to it (pic: WB Games)

The Friday letters page suggests a Call Of Duty x Starship Troopers crossover, as one reader falls in love with Dragon Age Origins.

Time to beat
I have to admit that I’m surprised that even mobile games have seen sales go down this year. I guess what goes up must come down, and that a lot of the people playing games during lockdown haven’t stuck around. Clearly there’s not been much to excite anyone in the last three or four months but there’s a pretty obvious silver lining to all this: my backlog has never been shorter!

Ever since I beat Elden Ring I’ve basically bought and plaid nothing new, only what I already own. The oldest game I beat was Ōkami (started it a bunch of times but never beat it) and the newest was the God Of War reboot (wanted to get ready for Ragnarök, obviously).

Overall, I think I’ve beaten six games this year and probably around 20 since the pandemic started. Now that my backlog is thinning out (Batman: Arkham Knight is next – I kept putting it off, given all the complaints about it) I feel I’m getting ready for the new releases to start. Although I’m sure I’ll get back to the old problem very quickly.

This is why I don’t subscribe to PS Plus Premium, by the way. I don’t need my backlog to suddenly increase by hundreds of games when I know I’ll never get round to any of them.
Slaven

Would you like to know more?
I have not been following Call Of Duty like most but I do acknowledge that the games have good gameplay and lots of content. If we are looking at where the games can go next, then maybe it’s more in the future than the present or past.

I would like to see a Call Of Duty game based on Starship Troopers where the war is against these giant intelligent bugs. The game would feature a new enemy and provide total new environments to explore. The scale of the enemy and the battles in the landscape can provide a potentially interesting battle.

Another idea is if they had a game based on Terminator, with a concept similar to Binary Domain on PlayStation 3/Xbox 360. These ideas might be a bit radical and too fictional, but it’ll be quite different.

Ideally, they would just alternate between past war, present war, and future war.
Matt Riddle

DVD machine
I’d be surprised if the Switch overtook the PlayStation 2 (sales of which were aided by it being a DVD player), but I’m not really sure what yesterday’s letter saying the Switch doesn’t ‘deserve’ to be the best-selling console means. Surely a console simply deserves whatever sales it gets? Clearly a lot of people have made the judgement that it was worth purchasing a Switch based …read more

Mike Tyson launches scathing attack on ‘unauthorised’ Hulu biopic about his life: ‘They stole my story and didn’t pay me’

Jeremy Paxman documentary on his journey with Parkinson’s to air, following him from diagnosis