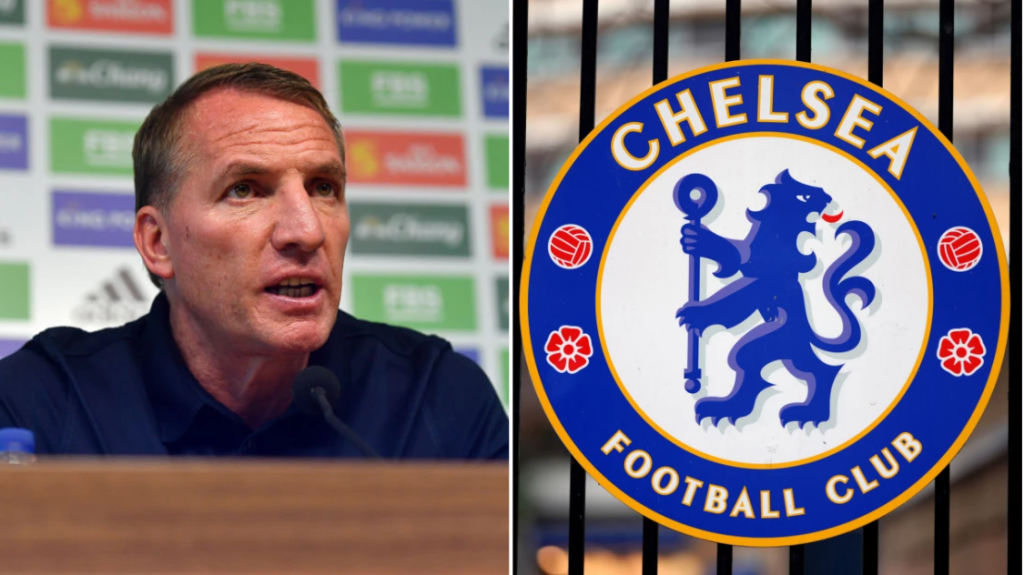 Brendan Rodgers has warned Chelsea that Wesley Fofana is ‘not for sale’ after Leicester City rejected their £60m bid for the French defender.

Blues boss Thomas Tuchel is desperate to bolster his defensive options before the transfer deadline and sanctioned a big-money move for Foxes star Fofana.

While Leicester knocked back Chelsea’s opening offer, the west London club are currently preparing an improved bid of around £70m.

Fofana signed a new contract at the King Power Stadium in March to keep him at the club until the summer of 2027.

Leicester have also rejected an offer for England midfielder James Maddison this summer and Rodgers has reiterated the club’s stance that they intend to keep both Maddison and Fofana.

Speaking at his pre-match press conference on Friday afternoon, Rodgers said: ‘These players are not for sale. These are very important players to us.

‘We’re in a situation where we need to move some players out but that doesn’t mean getting rid of anyone and everyone and especially not our best assets.’

Chelsea completed a £60m deal for Brighton left-back Marc Cucurella on Friday, having spent around £33m on Senegal centre-back Kalidou Koulibaly earlier in the summer.

But the Blues, who finished third in the Premier League last season, remain interested in signing another defender before the summer window closes on September 1.

Speaking after a 4-0 pre-season friendly defeat to Arsenal, Tuchel said his Chelsea team might not be ready for their Premier League opener against Everton.

Tuchel was asked about his comments at his pre-match press conference and said: ‘We are some steps further ahead now. It was absolutely necessary.

‘Maybe it was also necessary to lose that game like we lost it against Arsenal, against a big rival in the league who is trying to take our place.

‘Maybe it was a wake-up call for everybody. Since then we have stepped up. As always, the last week before the season is always where you feel a new focus, new excitement, new level of focus in training.

‘Legs are fresh now, fresher than when we trained in Florida. Still, we are not where we can be but let’s see, we feel ready and competitive for tomorrow.

‘A very good training week so far, the atmosphere is back to where it was before the Arsenal game like in the first weeks of pre-season. Then we lost the energy towards the Arsenal game.

‘After that we needed to digest but last week is good, we feel ready for tomorrow. This is very important to not lose focus and take the first week step by step.

‘We took the possibility to prepare the whole week for Saturday, nothing else. This is where we are.’

How to send your location on WhatsApp

Lewis Hamilton was forced to turn down Top Gun: Maverick role due to Formula One commitments