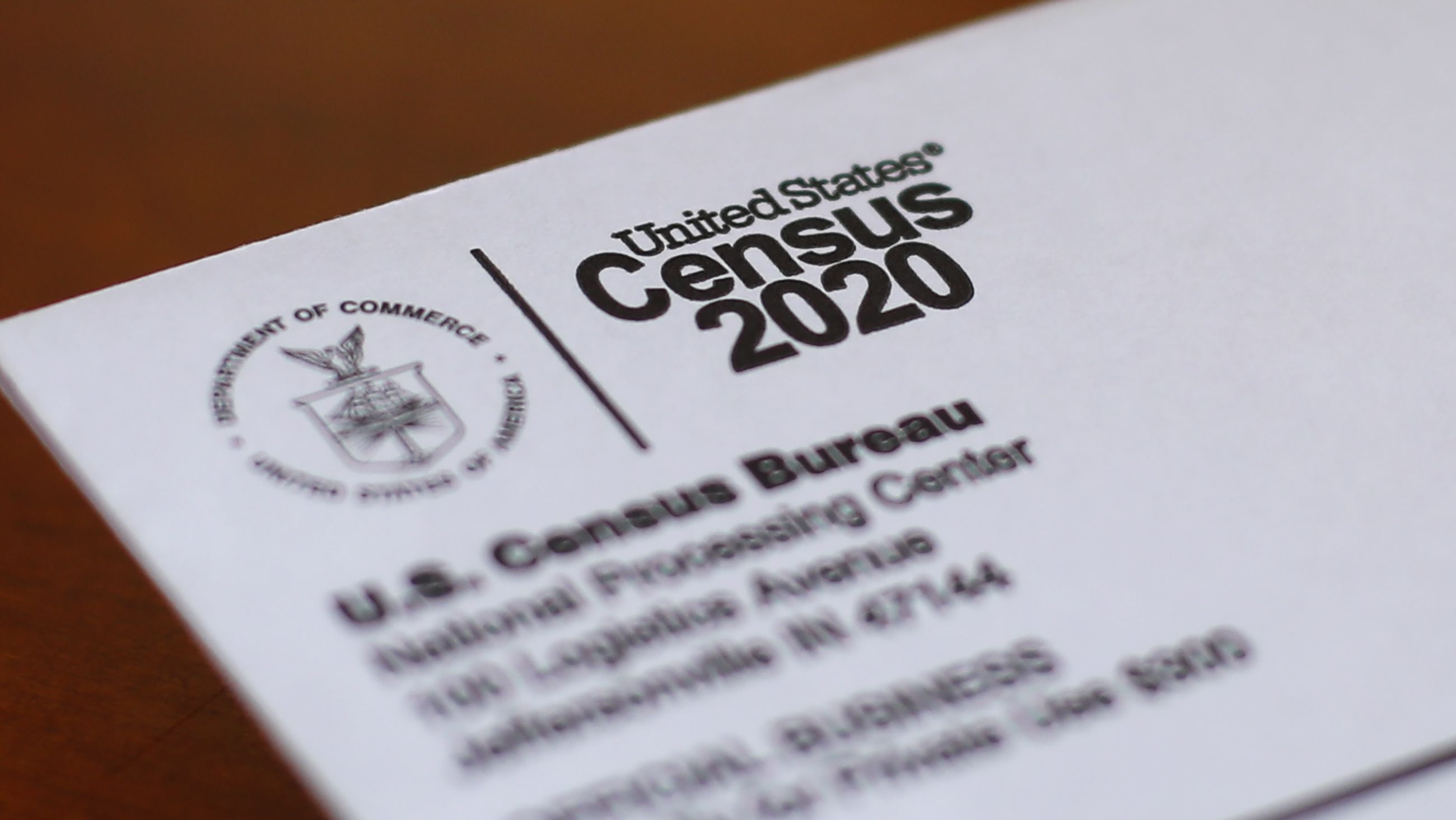 A federal judge on Tuesday tossed out a public records lawsuit on the 2020 census based on a Webster’s dictionary definition of one obscure word: “whereby.”

The lawsuit was over an even more obscure concept: how a statistical method was used to fill in details when information was lacking about people residing in dorms, nursing homes, prisons and other group living spaces.

A Republican-leaning redistricting advocacy group had sued the Census Bureau and the Commerce Department, which oversees the statistical agency, in an effort to get records showing by state the number of times the statistical method was used for group quarters. Fair Lines America Foundation had said it had “significant implications for our nation’s redistricting and electoral process” and demanded transparency in how the method was implemented.

In group quarters, the method known as imputation involves using already available information about the facility, such as its maximum capacity, to fill in missing details.

People living in group quarters were particularly difficult to count during the 2020 census because the coronavirus pandemic sent college students fleeing campuses and put nursing homes and prisons in lockdown. In response, the Census Bureau unexpectedly decided to use the statistical technique for group housing, where about 3% of the U.S. population lives. Because of concerns over the group quarters count during the pandemic, the Census Bureau set up a separate program for governments to appeal that count in their jurisdictions.

The census determines how many congressional seats each state gets, as well as the distribution of $1.5 trillion in federal spending each year.

The Census Bureau had argued that releasing the records to Fair Lines would violate a law protecting census participants’ privacy and confidentiality. Bad actors could reconstruct the larger data set and identify people’s private information if the information was released, the statistical agency argued.

In her order, U.S. District Judge Amy Berman Jackson conceded that releasing the aggregated data itself wouldn’t jeopardize participants’ privacy or confidentiality. But the law prohibits “‘any publication whereby the data furnished by any particular establishment or individual under this title can be identified,'” she wrote, quoting from the law.

“The interpretation of this sentence hinges on the word ‘whereby,'” she wrote.

Citing a Webster’s dictionary definition from 1953, a year before the law was enacted, the judge said the meaning of ‘whereby’ led her to believe that publication of the data was prohibited. An attorney for Fair Lines didn’t respond to an email and text seeking comment.

Man who stormed Capitol with gun gets 87 months in prison