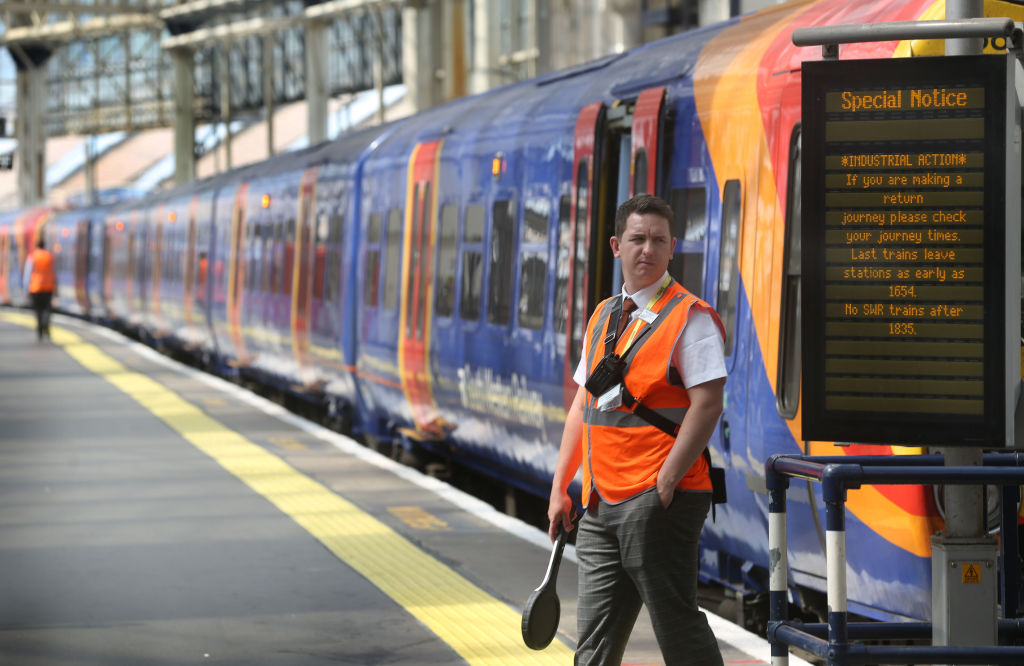 As anyone commuting will know, UK railways have faced major disruption this week.

Some 40,000 rail workers, part of the RMT union, are walking out across three days over a pay and jobs dispute with Network Rail, after talks to resolve the row weren’t successful.

Many, of course, will support workers’ right to strike – but many also rely on the rail for transport, and for that reason might be wondering when the strike is due to end.

When will the train strike in June 2022 end?

The last day of the train strike is on Saturday, June 25.

If you’ve yet to travel but need to during the weekend, here are the lines being affected, and which limited services should be running despite action taking place.

Note that some have advised that you only travel if ‘absolutely necessary’.

Network Rail, 13 train operators which operate across the UK, and some Transport for London services are all impacted.

Though the strike will end after Saturday, you can probably still expect a bit of disruption on Sunday, June 26.

Check your local or chosen railway company’s website for information on timetables to be sure, and it’s probably wise to allow a bit of extra time for your journey, just in case.

If the dispute between the RMT union members and Network Rail doesn’t get resolved, it is ‘likely’ more strikes could come in future, RMT’s general secretary Mick Lynch has said.

Around 6,000 rail workers with the TSSA union are also discussing the possibility of strike action, with its members being balloted in a vote that ends on July 11.

For now, we’ll have to wait and see how talks unfold before determining if a new strike will begin soon.

MORE : Could there be more rail strikes in July?

MORE : Is there a rail strike today? Find out if trains are running

MORE : Rail strikes: Who is RMT Union leader Mick Lynch and what is his salary?

Stock Market: Suez Canal Update! Floating!
Who is Audrey Roberts’ son Stephen Reid and has he been in Coronation Street before?

Hollyoaks spoilers: Misbah stands up to Ali in tense trial scenes – but will justice be served?