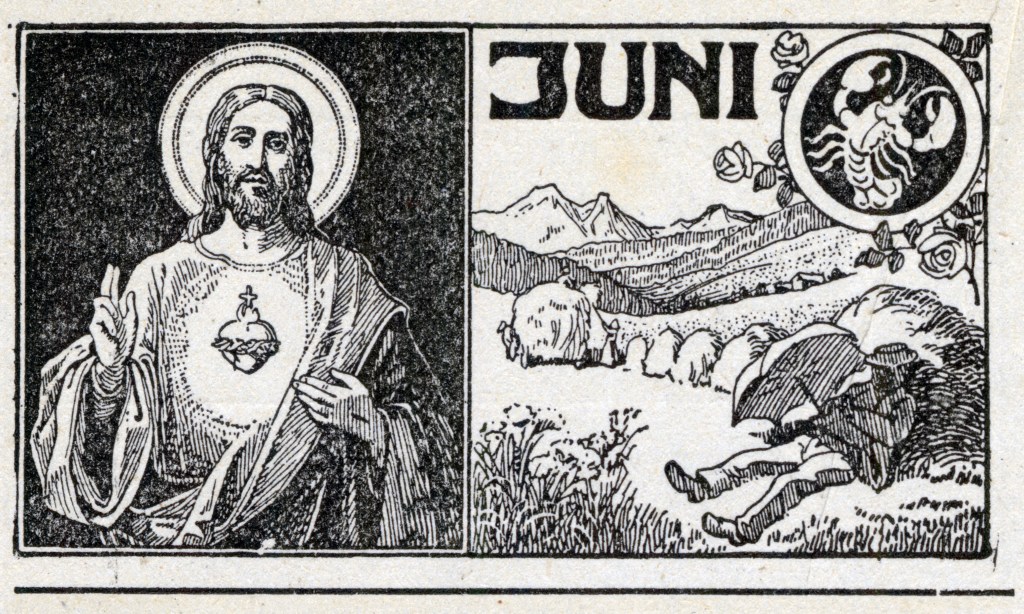 Some Christian groups will be celebrating the Feast of the Sacred Heart on June 24 (Picture: Fototeca Gilard via Getty Images)

The Feast of the Sacred Heart is celebrated each year by the Roman Catholic Church.

Held since the 1600s, it is a time where devoted members of the church gather to feast in honour of the ‘sacred heart’ of Jesus Christ.

But what is the feast and how did it become so widely marked in the religious community?

What is the Feast of the Sacred Heart and when is it?

The event is held the Friday after Corpus Christi – 19 days after Pentecost Sunday.

The feast is said to be requested directly from Jesus Christ himself in 1675, who asked St. Margaret Mary Alacoque to promote a hearty banquet in honour of his ‘sacred heart’.

‘The Friday after the Octave of Corpus Christi be set apart for a special Feast to honor My Heart,’ Jesus is claimed to have said to her.

The Feast of the Sacred Heart has been part of the Catholic Church’s calendar since the 19th century (Picture: Vatican Pool via Getty Images)

But it was almost a whole century later until the first official, papal-approved Mass of the Sacred Heart was held in Poland and Portugal in June 1765.

After successful events for several years, the Feast began to spread across Europe until 1856, when Pope Pius IX made the Feast of the Sacred Heart as compulsory for the whole church.

Where does the ‘sacred heart’ come from?

The celebration of the Sacred Heart is associated with the wounding and sacrifice of Jesus on the cross, the “mystery” of both blood and water pouring from his chest, and the devotion God asks from humankind.

According to the Gospel of John (19:33), ‘one of the soldiers pierced his side with a spear, and at once there came out blood and water,’ while he was on the cross.

Justin Timberlake issues apology after his dodgy Beat Ya Feet dancing goes viral: ‘Maybe it was the khakis’