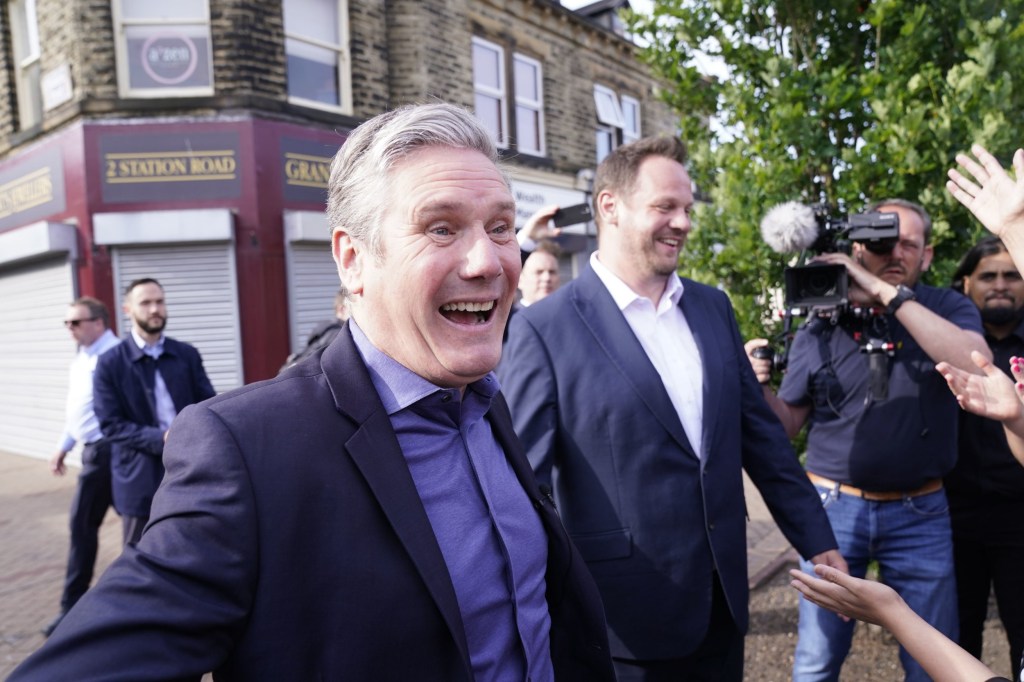 Sir Keir Starmer said he is sure the next government will be a Labour one after Brits voted with ‘no confidence in the Conservatives’.

Last night saw the Tories lose Tiverton and Honiton to the Lib Dems while Labour regained control of Wakefield in key by-elections.

Sir Keir was in great spirits as he called the victory in West Yorkshire a ‘historic by-election’.

Speaking to the market town of Ossett, the Labour leader said: ‘The Tory Party is absolutely imploding.

‘They know they’re out of ideas and they’re out of touch. If they had any decency they’d get out of the way for the next Labour government because what happened here in Wakefield was people exercising their judgment on this Conservative government and voting no confidence.

Iâm so proud of our Labour Party and the changes weâve made to be a government in waiting. pic.twitter.com/w2ohuneSGy

He continued: ‘That tells you that the next government is going to be a Labour government, and the sooner the better – because the country voted yesterday in both by-elections, no confidence in this out-of-touch, out-of-ideas Government.’

Boris Johnson won an 80-seat majority just two and a half years ago, which has has now fallen to 68.

The prime minister responded to the results this morning, saying he will ‘listen to voters’ who are ‘going through a tough time’.