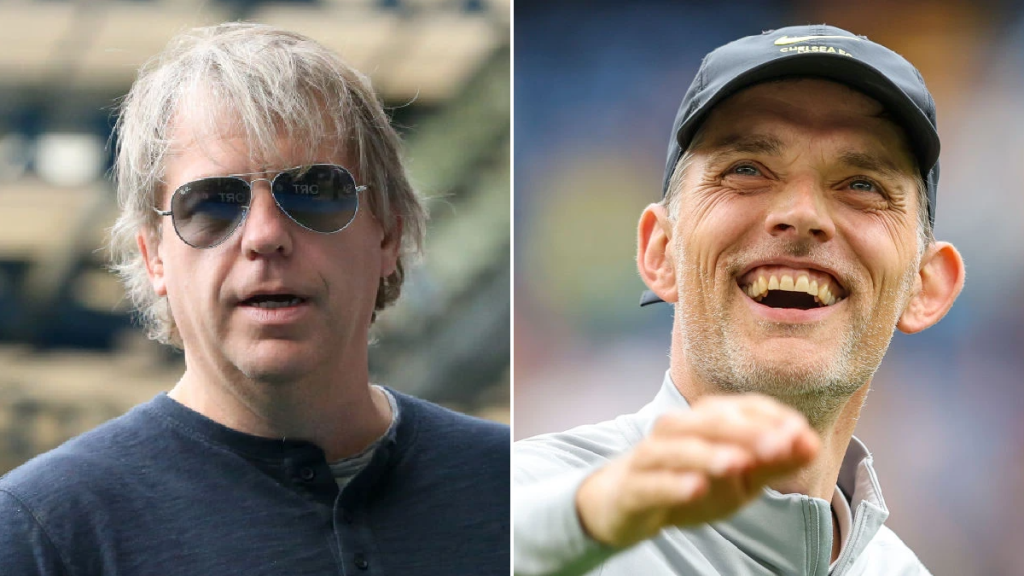 Chelsea expect to be busy in the transfer market over the next month (Picture: Getty)

Thomas Tuchel has been assured he will be able count on as many as six new signings to boost his Chelsea squad before the transfer window closes.

The Blues have made an uncharacteristically slow start to their summer business but are expected to significantly ramp up their activity in the next few weeks.

Talks between Tuchel and new owner Toddy Boehly, who is standing in as acting sporting director following the departure of Marina Granovskaia, took place this week and a plan is now in place to strengthen a squad which failed to keep pace with Liverpool and Manchester City last season.

Raheem Sterling is said to be keen on a move to Chelsea (PIcture: Getty)

According to the Telegraph, Tuchel will be armed with a £200million budget that could be boosted further by the sale of several players who could be deemed surplus to requirements.

Chelsea will look to bolster their forward line once Romelu Lukaku’s return to Inter on loan is finalised although they may resist the temptation to recruit a like-for-like replacement.

Raheem Sterling represents a primary target but the England international would want a guarantee of first team football having been a victim of Pep Guardiola’s rotation policy last season.

A trio of Brazil internationals, Gabriel Jesus, Raphinha and Richarlison, are also being monitored with Chelsea’s players reportedly urging Tuchel to make a move for the Everton forward.

Strengthening in defence also represents a priority following the high-profile departures of Andreas Christensen and Antonio Rudiger. Interest in Jules Kounde has cooled slightly but the news that Matthijs de Ligt wants to leave Juventus represents a welcome boost.

Tuchel could also look to add cover at wing-back with the futures of Marcos Alonso and Cesar Azpilicueta uncertain and Jonathan Clauss of Lens has emerged as a target.

‘The key is to basically work with Tuchel to come up with the best players that are available,’ a source told The Telegraph.

‘We really want to make sure we have a good defence. We’ve got depth in midfield. We’re not desperate for an out-and-out striker.

‘Fortunately, there’s reasonable opportunities in the market right now in order to satisfy the fans’ desire to be competitive. I think it’s a combination of moves and there’s five or six that we’re going to look to make.’