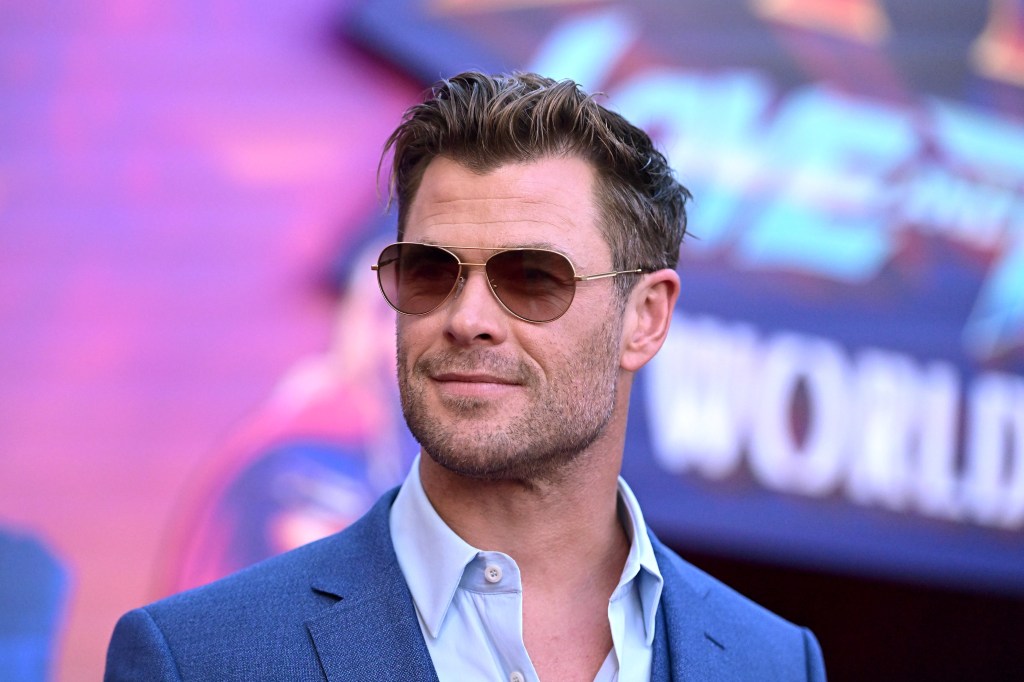 Chris Hemsworth, Natalie Portman and more graced the red carpet for the premiere of Thor: Love and Thunder (Picture: Getty Images for Disney)

Thor: Love and Thunder is just weeks away, and the excitement is real.

The latest installment of Marvel’s Thor franchise will see the return of Chris Hemsworth as the God of Thunder, fighting his most terrifying battle yet.

With a star-studded cast including Chris, Natalie Portman and Christian Bale, the premiere was always going to be an A-list affair.

This week, leading actor Chris headed to the Marvel Studios in LA along with some of his family, where they joined other celebrities on the red carpet.

The award-winning actor posed before the poster of his new film with his brother Luke Hemsworth, Luke’s wife Samantha, and their parents, Leonie and Craig Hemsworth.

He stood proudly beside his wife, Spanish actress Elsa Pataky, with whom he shared three children.

Chris attended the premier with his parents, brother, sister-in-law and wife (Picture: AFP)

The husband-and-wife team looked sleek and sharp on the red carpet, Chris’ hair far shorter than that of his on-screen persona and in a nice fitted blue suit, complete with a light blue shirt he allowed to hang open.

A slit on the side allowed her to show off her long legs as she beamed for the camera.

Elsa looked incredible in the all-white outfit (Picture: Getty)
The husband and wife beamed for cameras before heading in to watch the film (Picture: AFP)

Also present at the premiere – and looking as stunning as ever – was Star Wars actress Natalie Portman, who returns to the Thor franchise for the first time since 2012 in the new film.

Natalie, who plays Jane Foster, reunites with Thor for the first time in almost a decade in Love and Thunder, and, as we saw in the trailer, expertly rushes into battle using the mighty hammer Mjolnir.

The Black Swan star strode confidently on the red carpet this week, posing confidently with hand on her hip for the cameras in a striking glittery dress, a strapless affair that scraped her thighs.

Natalie kept her hair back in a sleek knot, and wore heavy dark eye shadow to contrast the golden glitter of her dress.

Director Taika Waititi, who also stars in the upcoming film, mixed business with fun as he wore a sharp, navy pinstripe suit.

(Which he promptly matched with a long beaded necklace in the colour of the Thor poster.)

Taika was joined by Guardians of the Galaxy icon Chris Pratt, who is currently starring in the latest Jurassic World film.

Chris, who recently welcomed his second child with wife Katherine Schwarzenegger, looked smart in a fitted navy suit and striped shirt, pairing the outfit with a wristwatch.

Stock Market: Suez Canal Update! Floating!
‘David and Keith were the role models I didn’t otherwise have’: The impact of the Six Feet Under Heartstopper couple