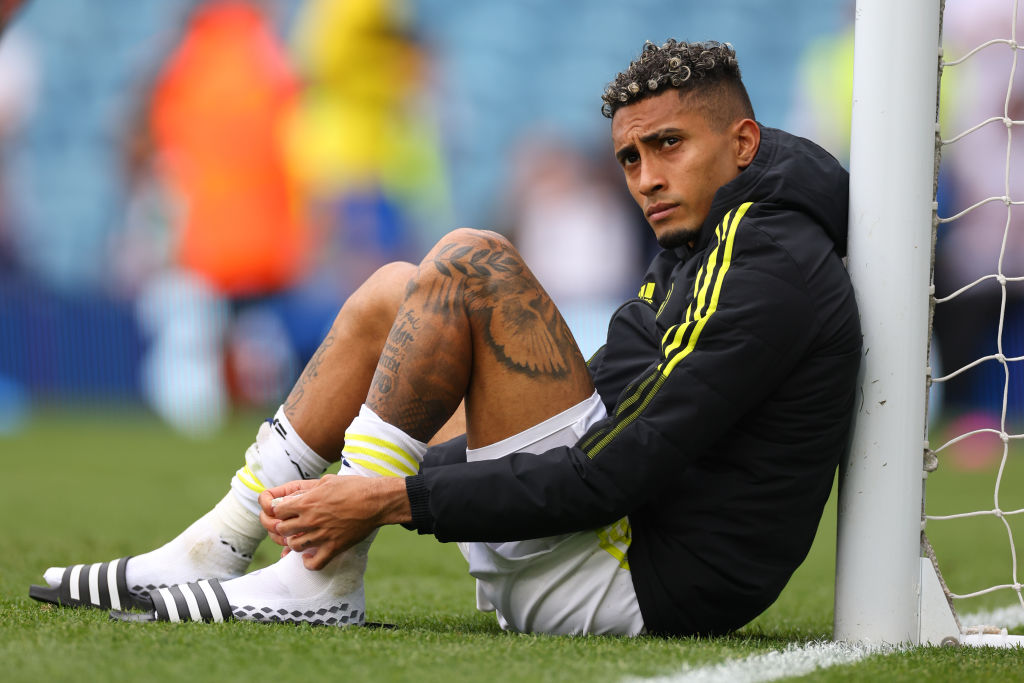 Raphinha appears destined to leave Leeds this summer amid interest from a number of clubs (Picture: Getty)

Chelsea are set to formally enter the race to sign Raphinha from Leeds United, but Thomas Tuchel’s plan for the Brazil international could cost them the chance to sign the in-demand winger.

The 25-year-old has established himself as a Premier League star over the course of the last two seasons and his performances helped Leeds preserve their top-flight status last term.

Now established as a regular in Tite’s national squad ahead of November’s World Cup, Raphinha is looking to take the next step in his career and has his pick of clubs.

Barcelona appeared to be leading the race to sign the former Rennes star but they are struggling to raise the funds necessary to compete for his signature.

Arsenal tabled an opening bid earlier this week but it was dismissed by Leeds and viewed as derisory with reports on Thursday claiming the offer was under the £40million mark.

Tottenham, too, are closely monitoring Raphinha’s situation but their focus is currently on signing another Brazilian in Everton forward Richarlison.

Chelsea, meanwhile, are set to make their opening move in the coming week but Tuchel is, according to The Athletic’s David Ornstein, preparing to ustilise Raphinha in an unfamiliar wing-back role.

While that system has helped aid the career development of Reece James and Ben Chilwell, a number of traditional wingers have struggled to adjust to the demands of that formation under Tuchel.

The likes of Christian Pulisic, Hakim Ziyech and Callum Hudson-Odoi in particular have failed to win Tuchel’s full confidence and, according to The Athletic, Raphinha is concerned he too may endure a similar fate were he to join Chelsea.

PlayStation insider thinks another State of Play is happening next week

Glastonbury’s Emily Eavis emotional as people return to Worthy Farm for first time in three years: ‘I had to step away’