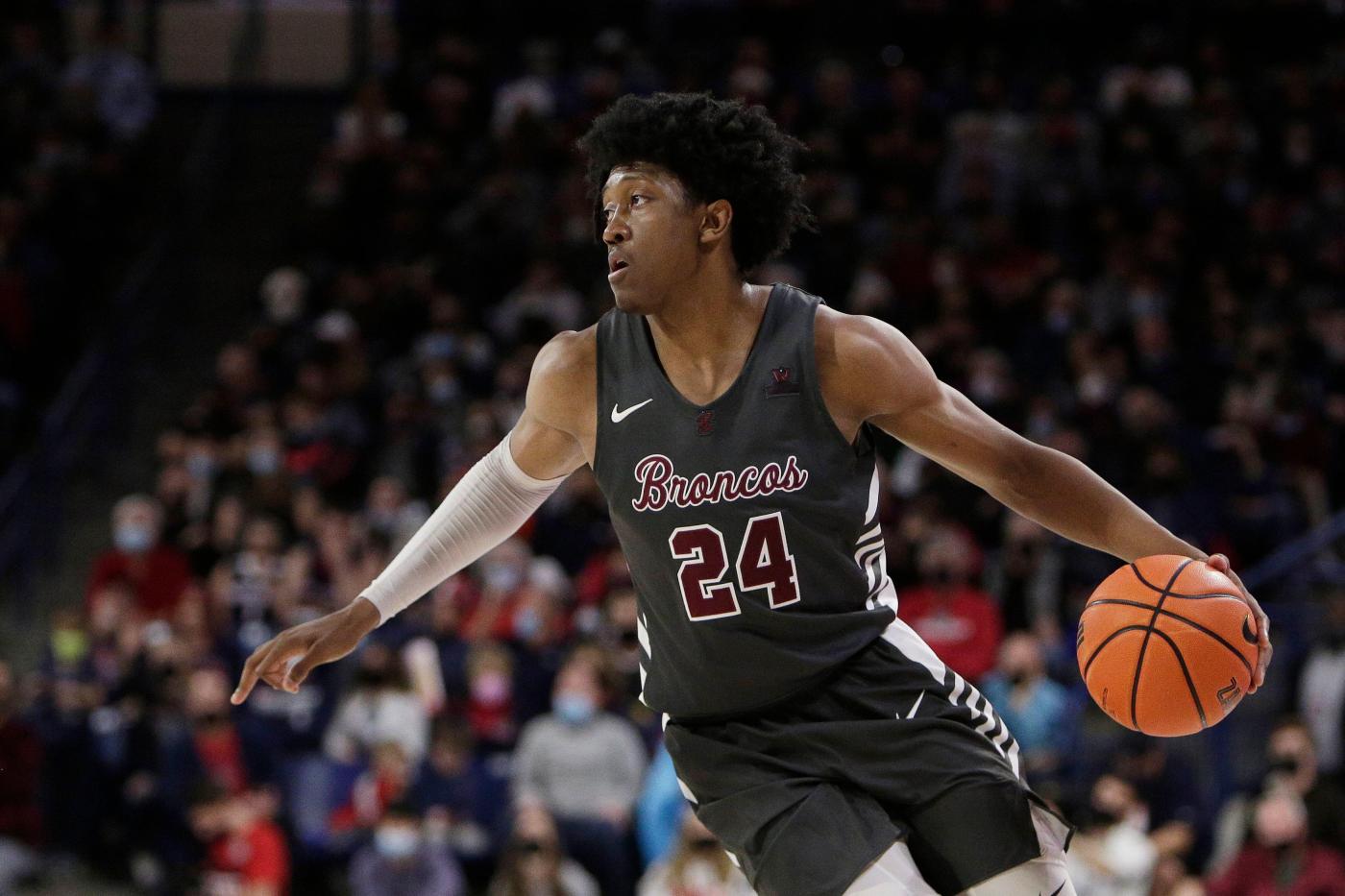 Williams became the highest drafted player in school history Thursday night when the Oklahoma City Thunder made him the 12th pick in the first round of the 2022 NBA Draft. That’s three spots better than Steve Nash, the Canadian guard who went No. 15 to the Phoenix Suns in 1996 and went to win the NBA’s Most Valuable Player award.

The selection was a minor surprise, given a sampling of 10 mock drafts had Williams going between No. 14 to No. 20, with Atlanta the most popular destination at No. 16 in four mocks, and Houston at No. 17 with three.

Williams wasn’t considered a lottery pick (top 14) when he decided to enter the draft following a junior season with the Broncos when he averaged 18.0 points per game and was an All-WCC choice under coach Herb Sendek. However, after workouts with NBA teams and his performance at the NBA Draft Combine in Chicago in May, Williams began to generate some buzz because of his physical gifts as well as his performance in scrimmage with other draft-eligible players.

UC Berkeley team doctor has been suspended while under investigation

Pac-12 executive committee turnover: What the 2022 changes mean at a pivotal time for the conference

NBA Draft: Jalen Williams gets his shot 26 years after Nash broke through for Santa Clara

Stanford and SJSU renew their football series beginning in 2025

The Thunder, 24-58 last season and out of the playoff hunt, also reportedly traded for Ousmane Dieng, a 6-10 forward from France was taken by the New York Knicks at No. 11. ESPN reported the trade of Dieng to Oklahoma City.

Williams’ performance at the combine added credibility to all he accomplished at Santa Clara under the cloak of relative anonymity.

“I don’t think there’s a player that moved up higher than him since the combine,” NBA.com analyst Steve Smith said in a pre-draft show. “He’s athletic, understands how to play off pick and rolls, has a god knack and a good feel to score. I think he has good size, but what I really like about him is he can catch and shoot.”

Check back for updates on …read more

Stock Market: Suez Canal Update! Floating!
22 things to do on Fourth of July 2022 in Southern California

DeSantis Is the Big Winner of the Jan. 6 Hearings

For years, one of Contra Costa’s most brutal homicides remained unsolved. Then a letter — addressed to police — arrived from prison