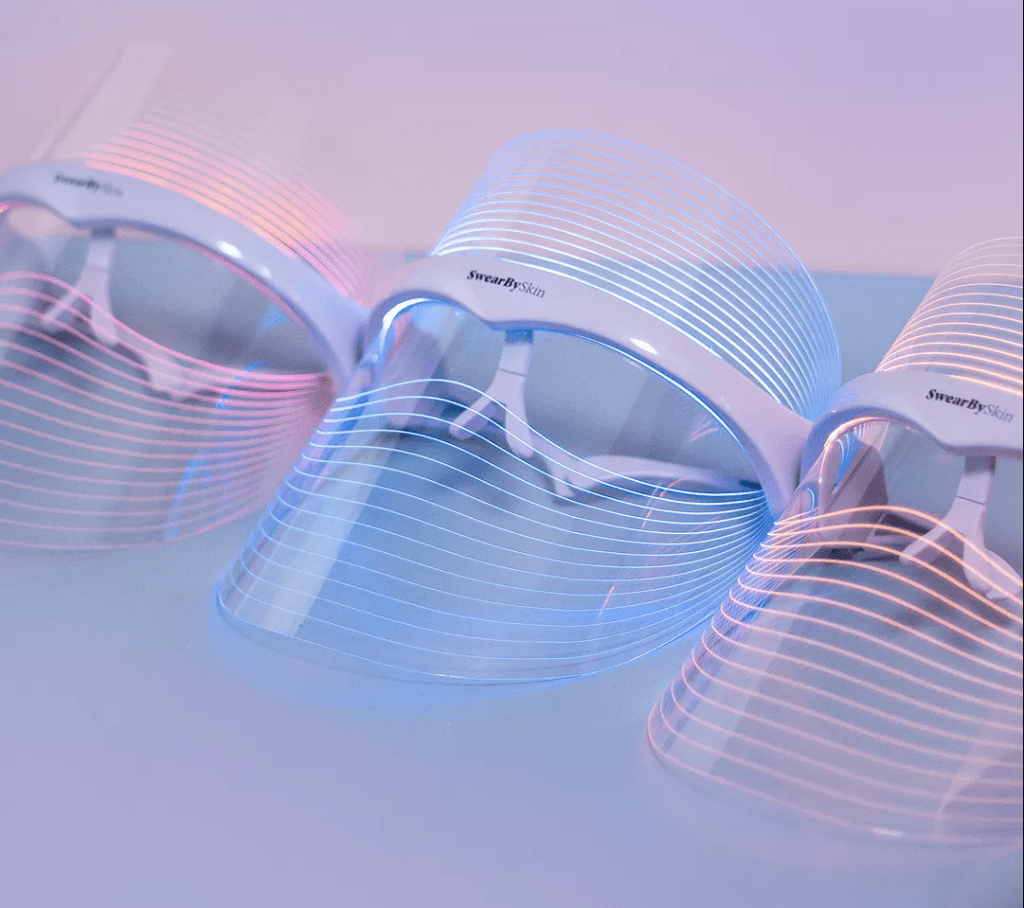 Most other models cost upwards of £300 – but the LookLit is just £80 (Picture: SwearBySkin)

You may have seen beauty influencers and celebs wearing LED masks.

Instagram is full of people mid-treatment looking like Jason Voorhees, only to remove the device and reveal a complexion that inspires anything but horror.

Previously you would’ve had to pay big bucks to get the treatment done in a salon, but advances in technology has led to a number of home devices being released.

Even these would normally set you back around £300… until now.

Founder Shenae Rae explains where the idea for the LookLit LED Mask came from, saying: ‘I wanted to create something that wasn’t going to cost a fortune and that would help people feel more confident within their own skin.

‘Plus, since becoming a mum, booking in for a treatment had become a real schlep, which is why I wanted this to be a tool you could wear at home, whenever you found the time.’

Shenae came up with the idea after having a baby, when it was difficult to find time to get to the salon (Picture: SwearBy Skin)

Just like its expensive counterparts, the LookLit LED Mask features three colour modes, each with varying wavelengths to penetrate different depths of the skin and stimulate a different response.

Where some skincare techniques (like lasers) are unsuitable for Black skin, this is for everyone. In fact, the yellow light is particularly effective on darker skin tones, as Shenae specifically wanted to cater for a wider range of people.

Simply cleanse and dry your face and slip the mask on in a similar way to a pair of sunglasses. Select your light mode and leave on for 10 minutes, before applying your skincare as normal.

The mask is worn like sunglasses, and is wireless so you can go about your business while you get that glow (Picture: SwearBySkin)

The major difference between the LookLit LED Mask and pricier models? Power.

‘You may see quicker results with a very expensive device, but unsurprisingly, not everyone has a spare £500 to spend,’ says Shenae.

The best products to keep your baby cool in the heat

Shenae continues: ‘Certain skin types (for instance, younger complexions) will see a difference in a much shorter time frame.’