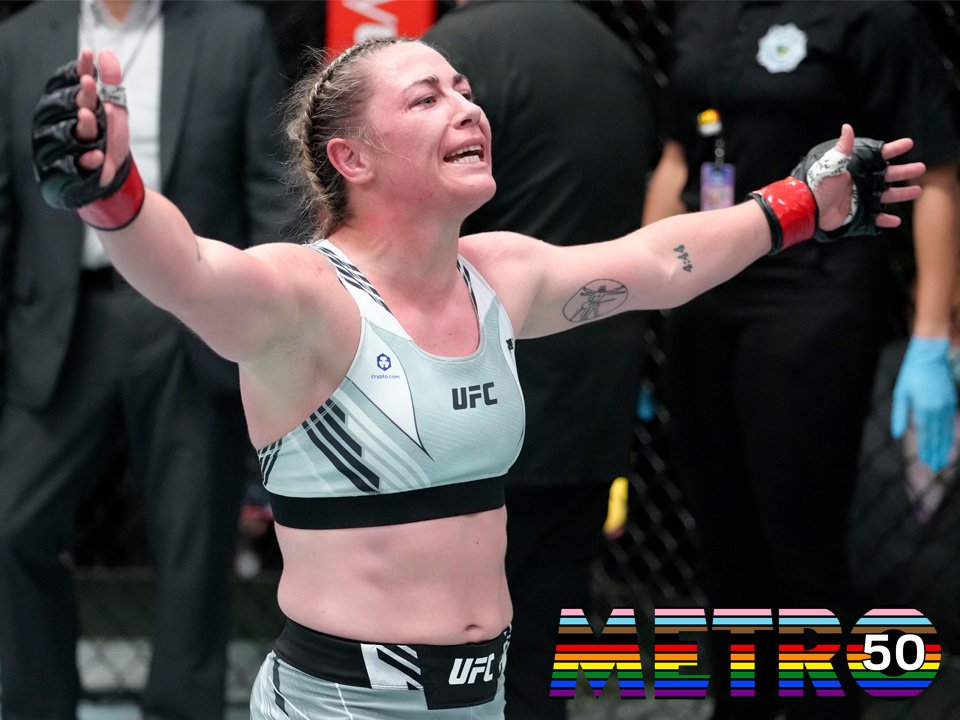 As part of Metro.co.uk’s Pride Takeover, UFC star Molly McCann shares her story and discusses the challenges she has faced and continues to face as a proud gay woman.

When I go back through it all, it was so hard for me as a kid to entertain the fact that I might be gay.

Just because of the choice of language and some of the behaviour that was constantly around me and because of the way I was made feel about gay people, from the people I would hang around with. And being from an Irish Catholic family, it just wasn’t accepted.

That took a long time for me to get my head around. When I was a kid and I used to hear those words and those attitudes towards gay people, I just ran away from it.

In my 20s, I started mixed martial arts and I found the culture of MMA is very accepting. I was made to feel safe in the gyms and eventually I chose to tell my mum. I say I chose to tell her – I couldn’t do it, she just asked me and I burst into tears. So I think she knew.

McCann scored the biggest win of her career at UFC London in March (Picture: Getty)

It was a tough time because I felt like I had shamed the family. My mum told the whole family and they all rang me telling me how proud they were. And it changed the perception. Not one of them said some of the things I thought they might say. It was quite a powerful moment, one to be celebrated for being my true self after hiding it away for so long.

The world of MMA and UFC has been so accepting. It is my home. My gym family, we push ourselves to our limits every day. You train your training partners to go win fights. And sometimes that means pushing them to their breaking point, to the point where they are in tears, hurting them.

It’s a bond that cannot be broken. It’s kind of like being in the army, the idea of the band of brothers. In my gym I have never been made to feel any other way than proud and appreciated for what I am.

McCann: There has been a real language and vocabulary shift in recent years (Picture: Getty)

Of course, there are still incidents when language that isn’t appropriate is used at me or around me. Sometimes it is a case of having to pick and choose your battles. Sometimes if people are being offensive, or have said a certain thing, I just ask them: ‘Why did you say that?’ And a lot of the time, it is simply because they were unaware that it was offensive.

Other times, all I would have to do is give a look and they would know. It is rare, but you still get that and …read more

James Argent ‘confident’ to date after shedding 14 stone: ‘I feel ready to take care of someone else’