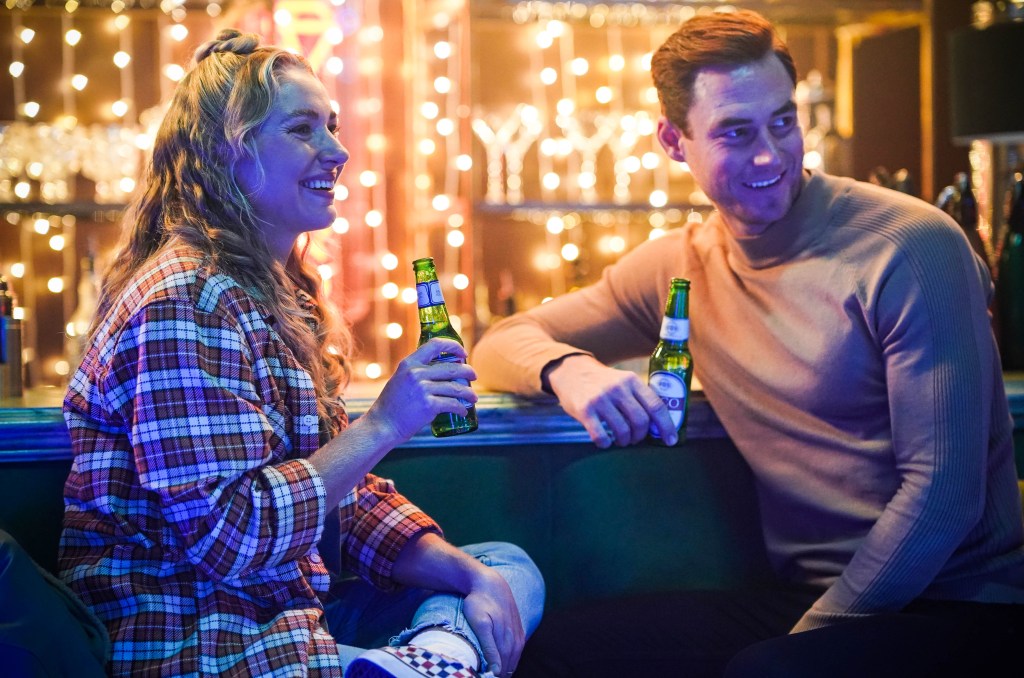 James Farrar has sent a message to his EastEnders co-star Maddy Hill, following her exit from the soap last night.

Right now, the Carters remain unaware of what really happened during Linda’s recent car crash but disowned her after learning she drank alcohol while in the car with baby Annie.

With the relationship between mother and daughter fractured, the trust between Nancy and boyfriend Zack (James Farrar) also broke this week, after the discovery he slept with Sam Mitchell (Kim Medcalf).

Nancy chose to say goodbye to her life in Walford to start afresh, hopping in a taxi last night and instructing Janine (Charlie Brooks) and Frankie (Rose Ayling-Ellis) to look after her dad Mick (Danny Dyer).

Following her exit, James posted a picture of himself and Maddy on his Instagram stories, writing: ‘You looked after me my mate Mads.’

James and Maddy worked a lot together over the past year (Picture: Instagram/James Farrar)

‘Proper trust on set every single day. Thank you G.’

Arriving in March last year, James worked a lot with Maddy, with one of his biggest storylines so far being the relationship between Zack and Nancy.

Speaking to Metro.co.uk, Maddy said: ‘It’s been great revisiting Nancy and the Square over the past year but it felt like the right time to move on for now.

‘I already miss everyone and feel so grateful to work with people I have so much love for.’

Kate Garraway says she and Derek Draper are learning how to be husband and wife again: ‘So much has changed’