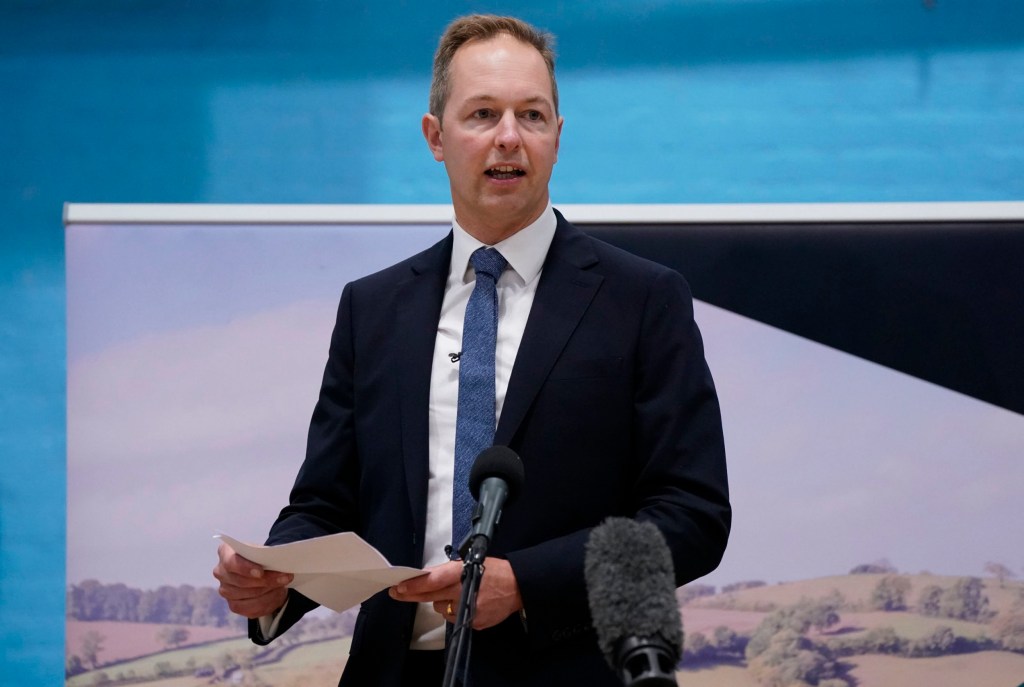 Richard Foord of the Lib Dems wiped the floor in the Tiverton and Honiton by-election in Devon by overcoming a 24,000 Tory majority (Picture: PA)

The newly elected MP in a staggeringly huge by-election swing vote warned Conservatives: ‘The Liberal Democrats are coming for you.’

Richard Foord wiped the floor in the Tiverton and Honiton by-election in Devon by overcoming a 24,000 Tory majority.

He won by more than 6,000 votes in the poll triggered by the resignation of Conservative Neil Parish, who was caught viewing pornography on his phone in the House of Commons earlier this year.

‘Tonight, the people of Tiverton and Honiton have spoken for Britain,’ the new Lib Dem MP told voters in the early hours of this morning.

‘Ours is a great country and there’s no greater part of it than Devon. But every day Boris Johnson clings to office, he brings further shame, chaos and neglect.’