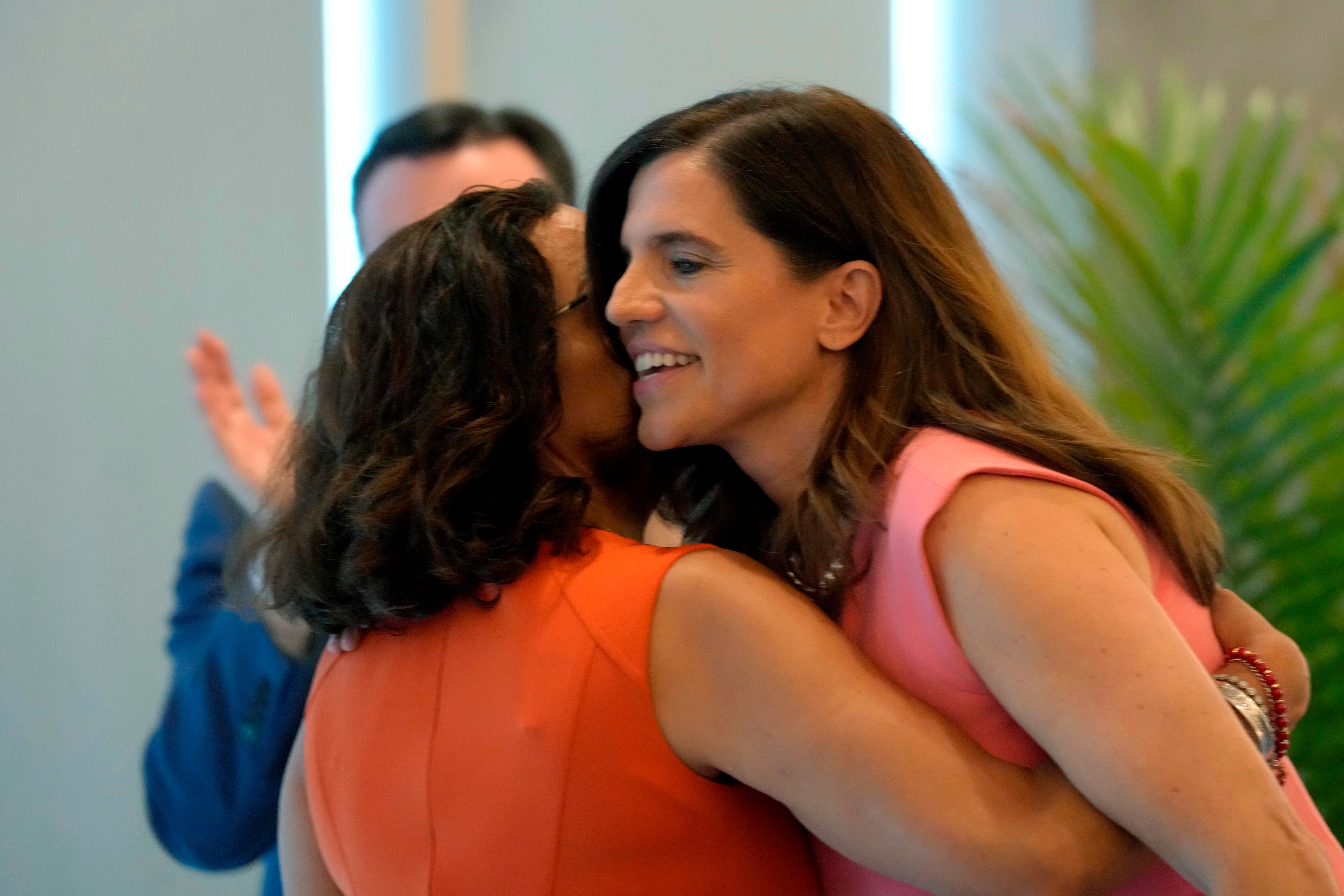 Two days after losing a bitter primary to a rival she once deemed a “sellout” for occasionally working with Democrats, Katie Arrington appeared at a “unity rally” to urge South Carolina Republicans to come together and back Rep. Nancy Mace in the fall general election.

Republicans, Arrington said, “may fight like banshees inside the house, but once we walk out that door, it’s one team, one fight.”

The cordial tone was striking in a Republican Party increasingly defined by an absolutist approach to politics. Former President Donald Trump, who backed Arrington, once refused to commit to supporting his GOP rivals if they emerged on top in the 2016 presidential primary. Since then, the party’s win-at-all-costs mentality has only deepened as any nods at compromise are rejected.

Sen. John Cornyn, for instance, was jeered at the Texas Republican convention last week after working with Democrats on modest changes to gun laws after a school massacre in the state last month. Eric Greitens, a GOP Senate candidate in Missouri, released an ad this week depicting him with a gun as he goes “hunting” for so-called RINOs, which stands for Republicans In Name Only. The video was so graphic that Facebook removed it and Twitter prevented it from being shared.

That’s what made the scene in South Carolina so notable. Aware that the coastal congressional district is one of the few places in the state where Democrats have been competitive, Republicans said it was important to move past the party’s internal divisions.

“We need to put our weight behind a selected candidate that most of the people wanted and be unified in that,” said Roger O’Sullivan, a Mount Pleasant retiree who had voted for Arrington, but will support Mace going forward. “It’s not going to happen tonight, but it has to certainly happen by November.”

Charleston-area voter JoAnne Knapp also expressed optimism for 1st District Republicans to come together even if they don’t always agree, likening the division to a union of spouses who maintain their individual viewpoints, yet compromise when necessary.

“It’s kind of like a marriage,” Knapp said. “If you stay steadfast in your ways, it’s not going to last.”

Mace has angered many Republicans with her criticism of Trump, particularly after he sparked the Jan. 6 insurrection at the U.S. Capitol. The violence, which unfolded during Mace’s first week in office, undermined Trump’s “entire legacy,” she said at the time. And while she’s a reliable conservative vote in Congress, she’s occasionally worked with Democrats on issues such as advocating for the LGBTQ community, legalizing marijuana and strengthening cybersecurity infrastructure.

Acknowledging that “people still feel very passionate” about the direction of the GOP, Charleston County Republican Chairman Maurice Washington said he was “optimistic” that the party could unite against Democrat Annie Andrews in the fall.

“We’ve got to rid the party of ‘old guard, new guard,’ and lose that term, ‘RINOs,’” Washington said, of the moniker for those not seen by some as true conservatives. “That’s not about unity, that’s about trust. And …read more

Senate confirmed justices to end Roe. How will voters react?

Settlement would forgive $6B for defrauded college students