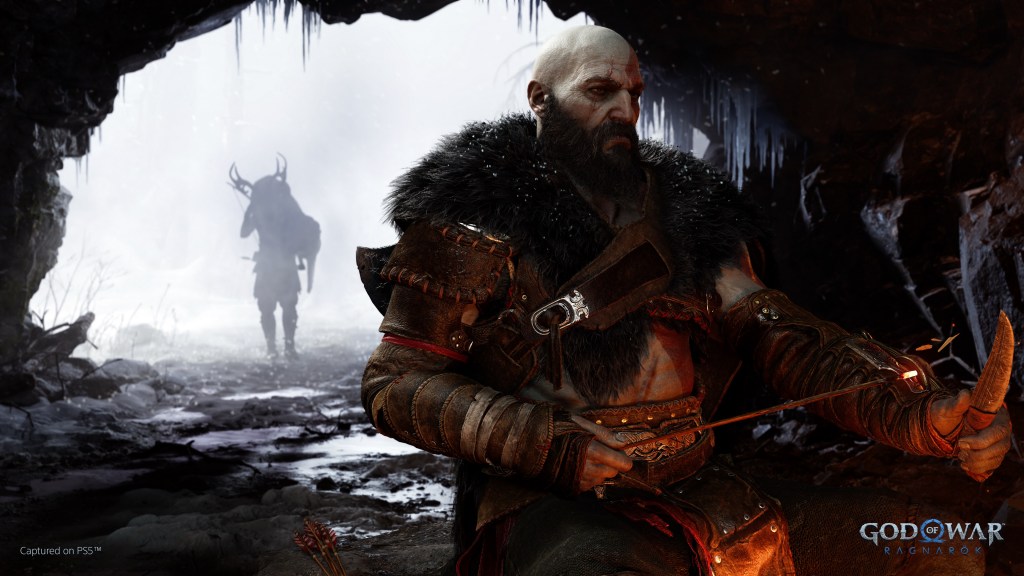 An incredibly vague but reliable leaker is hinting at a God Of War: Ragnarök update and perhaps a State of Play next week.

Despite a lack of any sort of update from Sony or Santa Monica Studio, there has been a lot of chatter surrounding God Of War: Ragnarök over the past month.

Conflicting reports of a possible delay have only made fans more desperate for an official statement, although one source claims that the game’s release date will be unveiled by the end of June and that it’ll come out in November.

Now, another reliable insider appears to be hinting at something God Of War: Ragnarök related, though their hint is vague enough that nobody can quite agree on what it means.

All they have shared is a GIF of protagonist Kratos nodding his head while the numbers 11110 flash on screen, in that order.

It can’t be a date since, no matter what format you apply it to, it would reference either 2010 or 2011. Instead, it’s theorised that the number is actually binary code.

Using a binary translator reveals that 11110 is the number 30 in the decimal system. The immediate assumption is that it’s referring to the 30th day of a month, though there’s no indication of which one.

June 30 is a Thursday though, and so to was the last State of Play from the start of the month, which focused primarily on PlayStation VR2.

The source of the teaser is The Snitch on Twitter, who has already proven to be a reliable source after giving away the release date for The Last Of Us remake and pre-empting Crisis Core Reunion.

It’s possible that this latest leak is for God Of War: Ragnarök’s release date, but that seems less likely since why wouldn’t they also share the exact month? They weren’t shy about giving away The Last Of Us’ full release date.

The more likely theory is that they’re teasing a reveal for June 30, although whether that’ll be a large scale State of Play or just something focused on God OF War is not clear – although another insider has already theorised a new event could be happening next week.

Games Inbox: What’s the best PS Plus Premium game in the UK?

Fans have been chomping at the bit for another State of Play. The one from the beginning of June had its fair share of major announcements but was mostly focused on third party games. We’re long overdue one dedicated to Sony’s first party releases.

This year, however, Sony has had a few State …read more

‘Inspirational’ Dame Kelly Holmes applauded for coming out as gay aged 52: ‘Proud to call her a role model’