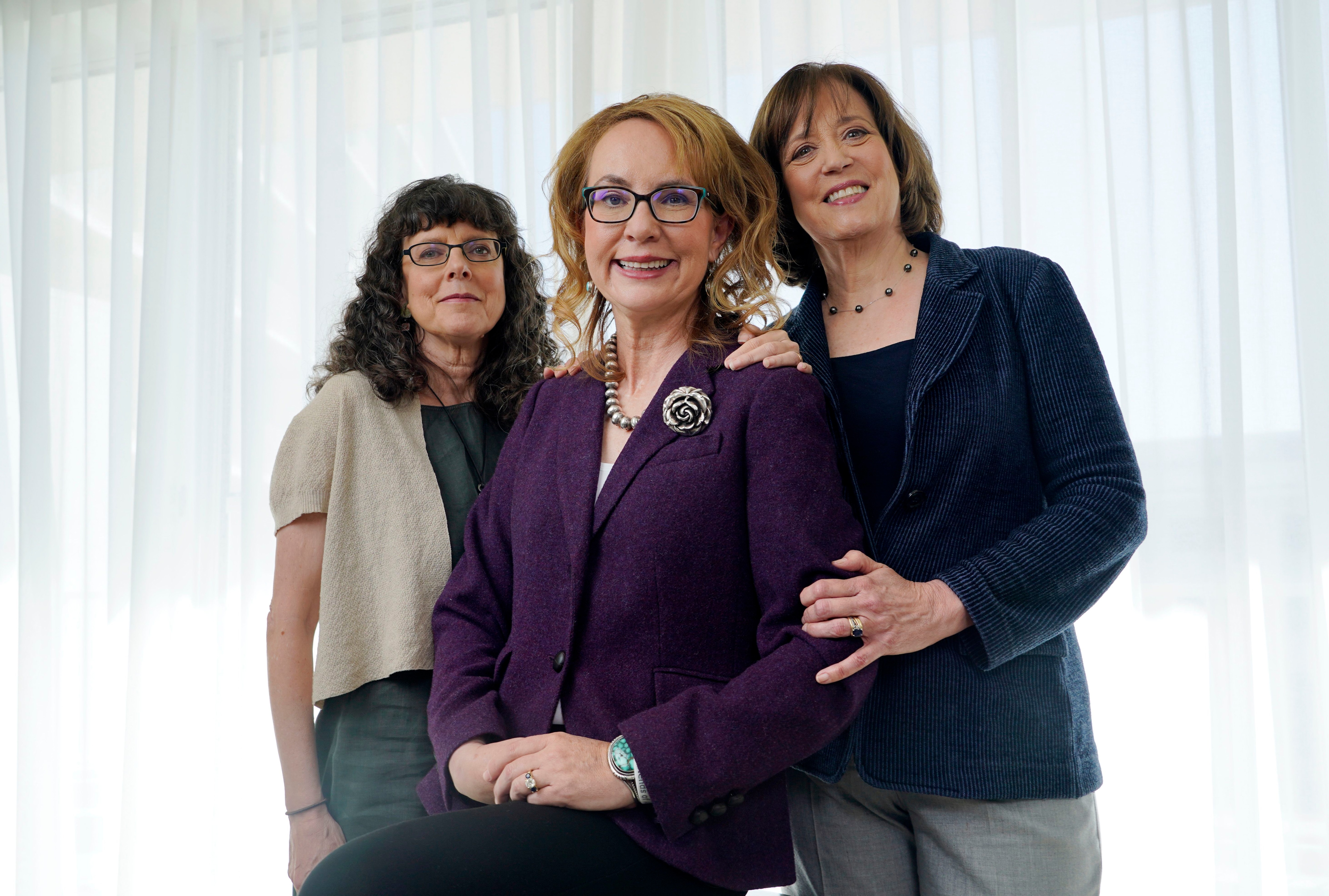 In the two years documentary filmmakers shadowed former Congresswoman Gabby Giffords, the most jarring moment for them was in the kitchen of her Tucson, Arizona, home.

As cameras were rolling, she and her husband, Sen. Mark Kelly, nonchalantly opened the freezer. Kelly grabbed a plastic container and revealed it holds the piece of Giffords’ skull that had to be removed after she was shot.

“This stays in here next to the empanadas and the sliced mango,” Kelly said.

Giffords’ response was “Sera, sera,” referencing the song “Que sera, sera” or “What will be, will be.”

The scene from the film is emblematic of Giffords’ openness to reflect on but not languish in the 2011 shooting that changed her life. That desire is what led her to allow cameras into her life for two years — all as a pandemic was progressing.

“For me it has been really important to move ahead, to not look back,” Giffords told The Associated Press while in Los Angeles to promote the film. “I hope others are inspired to keep moving forward no matter what.”

From the filmmakers behind Academy Award-nominated Ruth Bader Ginsburg documentary “RBG,” the film “Gabby Giffords Won’t Back Down” is partly an intimate look at Giffords’ recovery after the January 2011 shooting that left six people dead and 13 others wounded outside a Tucson supermarket. But the movie, which arrives in theaters July 15, is also an insider view of how she and Kelly navigated gun control campaigns and later a Senate campaign. The movie could not be any timelier with gun reform being debated in government, schools and the U.S. Supreme Court.

“It’s just a fascinating story about how Gabby came back from an injury that so many people just don’t even survive,” said Betsy West, a co-director. “After meeting Gabby on Zoom, we saw just what a great communicator she is. And we had a sense that we might have a lot of fun despite the very difficult subject of gun violence.”

At the same time, they wanted to strike the right balance of how much to look back at the shooting.

“We certainly didn’t want to shy away from January 8. Obviously, that’s something that changed her life,” said Julie Cohen, the film’s other director. “But Gabby is defined ultimately by everything that she’s achieved before and after that. We wanted it to show that achievement.”

The film also doesn’t avoid discussing Jared Lee Loughner, the gunman in the Tucson shooting. Interviews with law enforcement, journalists and a video made by Loughner lay out how he was able to buy a semiautomatic weapon despite a history of mental illness. He was sentenced in 2012 to life in federal prison without parole.

“We did not want to dwell on the shooter but we also wanted to explain what had happened,” West said. “Gabby and Mark did not shy away from going to the sentencing hearing to make a very impassioned plea for life imprisonment. That was a very important part of the film.”

Woman dies after being hit by 2 cars while walking on I-10, FHP says