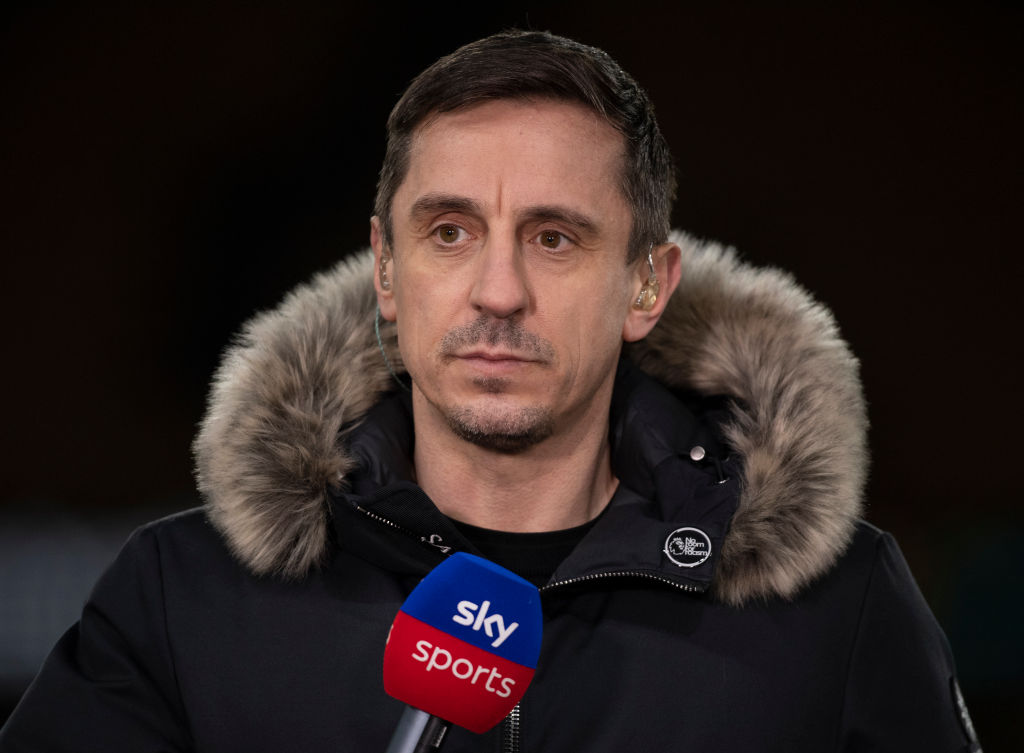 Gary Neville is not a fan of the Glazer family. (Photo by Joe Prior/Visionhaus via Getty Images)

Gary Neville has lambasted the owners of Manchester United over their struggle to convince Christian Eriksen to join the club.

The Sky Sports pundit criticised the Glazer family online for taking money out of the club in the form of dividends, despite their struggles on the pitch in recent years and the fact that players like Eriksen are having doubts about joining the Red Devils.

New manager Erik ten Hag is trying to rebuild the United squad after dreadful spells under Ole Gunnar Solskjaer and Ralf Rangnick, but has yet to bring in any new additions, with both Eriksen and Barcelona’s Frenkie De Jong long-standing targets who have yet to agree to join the club.

Now Neville says that the Glazer’s should stop paying dividends to shareholders until United are as attractive a proposition to top quality players as they once were.

‘That’s why dividends have to stop for a period,’ Neville wrote on Twitter. ‘Every penny has to go back into the club until it becomes attractive again. The club has become a graveyard for players. Culturally for owners to take cash out of a poorly performing business is demoralising!’

30-year-old Eriksen made a remarkable return to full-time football with Brentford earlier this season. He signed for the Bees in January, and delivered a string of impressive performances with Thomas Frank’s side, who are interested in keeping him.

The spell with Brentford was a remarkable turnaround for Eriksen, whose career an athlete seemed to be over after he suffered a cardiac arrest during last summer’s EURO 2020 fixture between Denmark and Finland.

Eriksen’s life was saved by the quick reaction of team-mate Simon Kjaer and the Danish national team’s medical staff. Having been fitted with an implantable cardioverter-defibrillator device, he left Inter Milan and trained under Ten Hag with former club Ajax before agreeing his short-term deal with Brentford.

The Glazers have founded Manchester United since 2004, but their ownership of the club has been unpopular with fans.

Man, 22, unable to speak or walk after falling off buggy on lads’ holiday