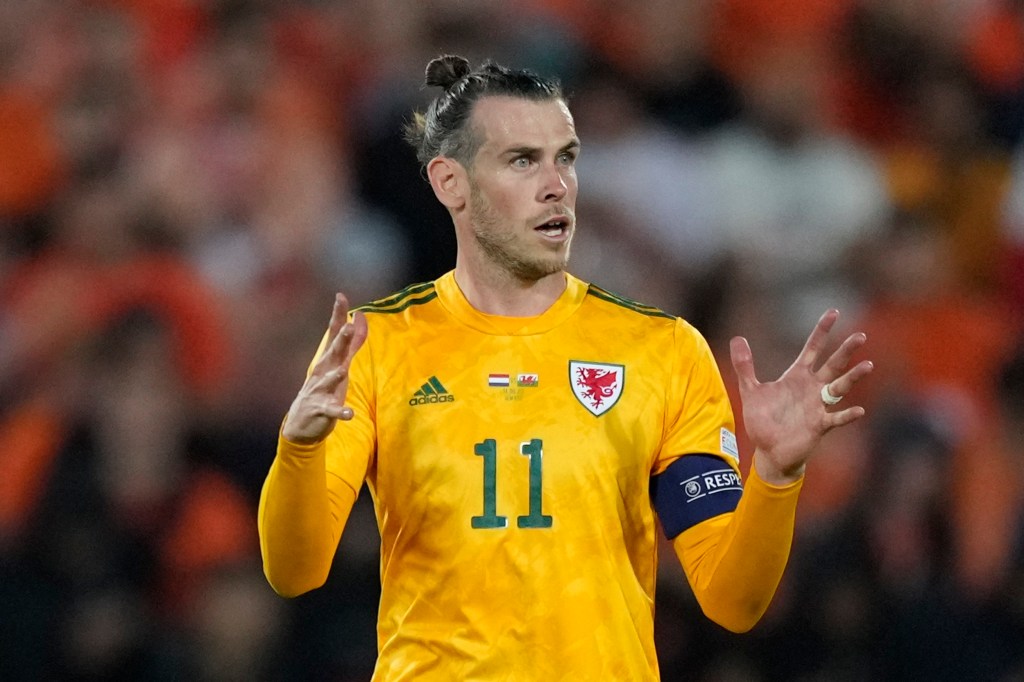 Gareth Bale is in talks to join Cardiff City (AP)

Jack Wilshere believes Gareth Bale is not good enough to get a game for Arsenal.

The 32-year-old is currently a free agent after leaving Real Madrid and has held talks over a move to Championship side Cardiff City.

Bale secured his £85.3 million move to Real Madrid in 2013 off the back of his sublime performances for Tottenham.

But Wilshere believes Bale’s best days are behind him and feels he would not make the cut in Mikel Arteta’s squad.

Asked if he would take Bale at Arsenal, Wilshere told talkSPORT: ‘No.

‘I look at the players who would be playing in that position and they’re young players who have arguably been Arsenal’s best players over the last few years.

‘So one, I don’t think he gets a game. And if he does, I think he’d be holding one of those players back.’

When asked if a move to Cardiff City was realistic, Bale said last week: ‘I can’t really say.

‘I haven’t really thought too much about that. I don’t really know if the standard makes too much of a difference.

‘A football game is a football game. I feel like I’ll never really lose my quality on the ball. I guess it’s a conversation to be had.

‘I need to make sure I’m playing games and I’m as fit as possible, it’s going to be massively important.

‘Coming into this camp now, I wasn’t fit at all. I didn’t have much game time at all. Sometimes I’m able to get away with it. Ideally I want to go into a World Cup playing games and being able to be as fit as I can for as long as I can.’

Home and Away spoilers: Patrick O’Connor reveals if Dean kills PK as he turns up dead