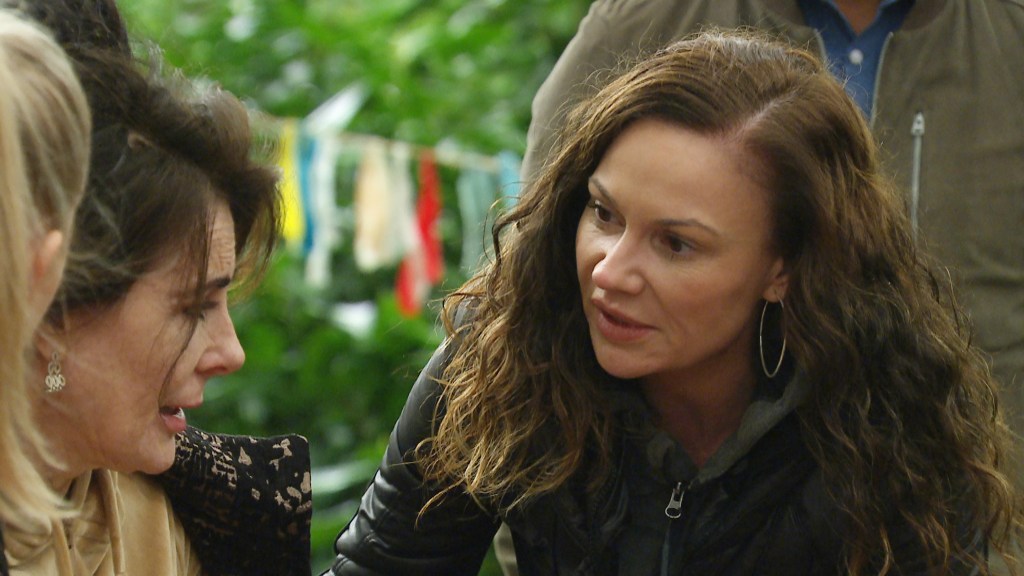 Contemplating an affair with Al Chapman (Michael Wildman) is one thing Chas Dingle (Lucy Pargeter) has to put at the back of her mind soon as mum Faith (Sally Dexter) collapses in Emmerdale.

Recently, Faith finally decided to tell Cain (Jeff Hordley) and Chas that her cancer has returned.

Understandably, the siblings have struggled to process the news, but their emotions were heightened when they learnt Moira (Natalie J Robb) had known about Faith’s cancer for weeks.

For Cain, he’s been well, typical Cain, hurting his mother’s feelings with vicious comments and being incredibly insensitive.

For Chas, she’s found comfort in the arms of Al and soon, they share another passionate kiss.

After suggesting a night in a hotel, Chas’ plans quickly change as Faith collapses due to the side-effects of the chemo.

Later on, overcompensating for her guilt, Chas jumps on board with Faith’s idea for a big knees up to celebrate Paddy’s (Dominic Brunt) birthday.

However, it’s very clear Chas cannot stop thinking about Al – but will she pursue an affair, right in the middle of her mother’s illness?

If she does – how long can she keep the betrayal a secret?