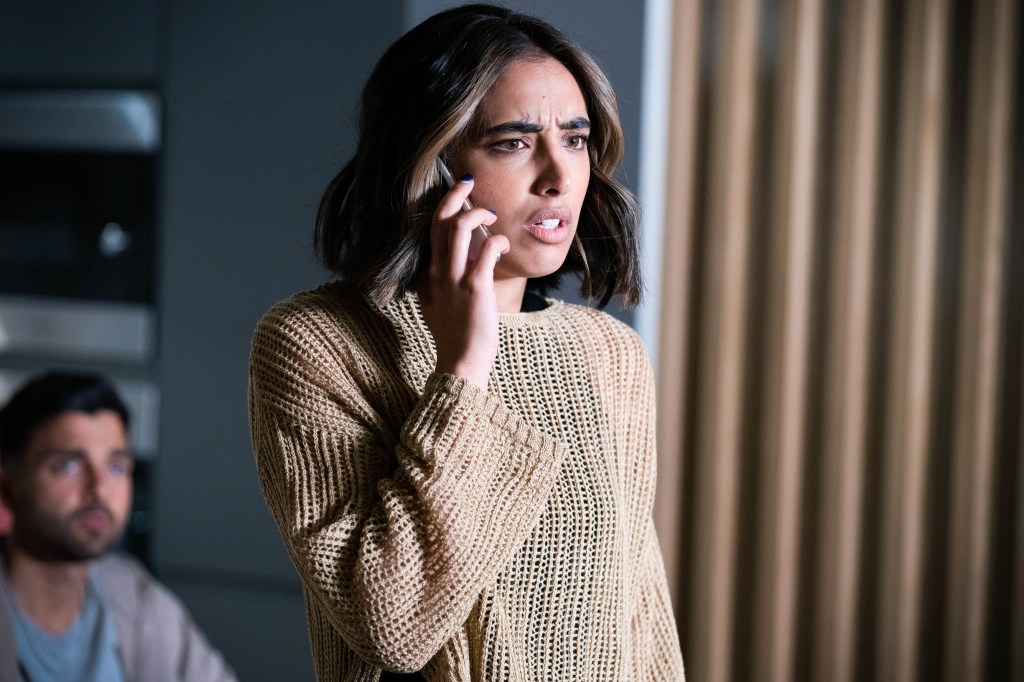 Ash wants to leave for a new life in Canada (Picture: BBC)

With Suki Panesar (Balvinder Sopal) in EastEnders refusing to support Ash (Gurlaine Kaur Garcha) with her plan to move to Canada, she decides to take action – but what’s going on?

Coming up, Ash refuses to give in to Suki’s orders to work at the new GP surgery with Nina.

As Suki meets with Nina to discuss a job offer for Ash, she discovers Nina’s dating Ranveer – Kheerat, Vinny and Ash’s uncle.

With Suki more desperate than ever for Ash to work there, it appears she could get what she wants as she learns her daughter’s job in Canada has fallen through.

When Suki arrives home, she tries to bribe Ash into applying for the job with the added bonus of a company car – but will she accept?

Later in the week, Suki confirms to Eve (Heather Peace) that Mr Panesar is being released from prison very soon – could this be why she wants Ash close to her?

Or is there another dark twist to the Panesars’ tale?

How to cook the perfect, juicy steak on a BBQ