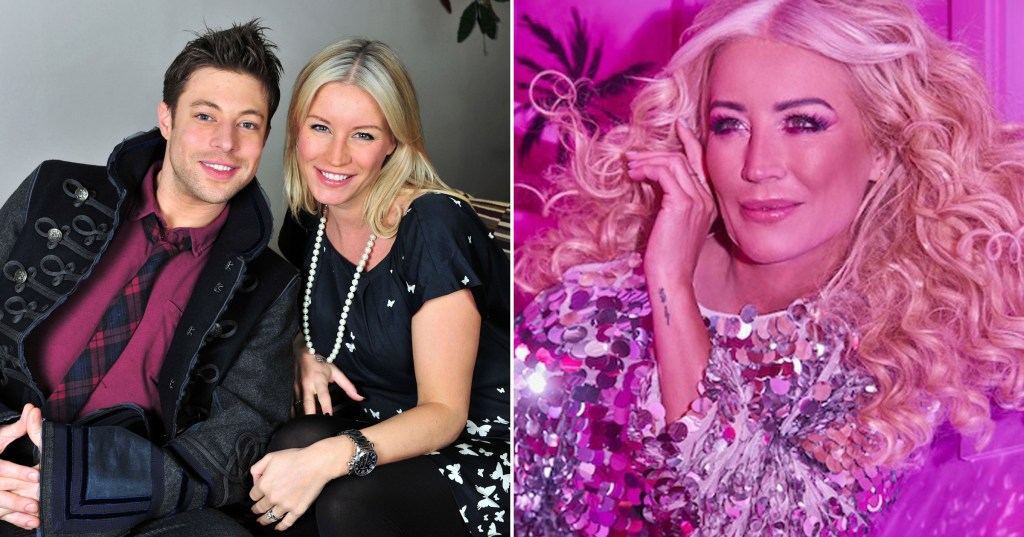 Denise Van Outen opened up on her friendship with Duncan James as she released a disco banger (Picture: Rex)

Denise Van Outen has opened up on the importance of allyship in Pride month and her decades-long friendship with Blue’s Duncan James as she releases her new song, From New York To L.A.

The presenter, actress and singer, 48, has released a cover of the 1977 hit by Patsy Gallant in honour of Pride month, complete with a glitzy video featuring her co-stars from Proud Cabaret.

Denise has long been a proud ally for the LGBTQ community and chose to record the disco anthem, which is a favourite for Pride playlists, in honour of Pride month.

The track has long been a favourite for Denise who used to entertain her family with performances of Everlasting Love and From New York To L.A. as a child, and she told Metro.co.uk: ‘I’ve been working very closely with the LGBTQ+ community and our show at Proud Cabaret was very inclusive, and I made a lot of friends there.

‘We kept talking about how nice it would be to just do something to celebrate the fact that finally we can go out and party have a good time and, this year, for Pride especially, it means so much more to people because all the restrictions are gone.

‘I’ve been very lucky since all my Big Breakfast days that I’ve had a very big LGBTQ following, and it’s been lovely and supportive.

‘Even through my recent breakup, I’ve had a lot of amazing people reach out to me, and I suppose it’s a sort of thank you for the love and support from my side as well.’

She added; ‘It’s a really uplifting, fun song that will stand the test of time as well. I think it stuck in my head because I spent a lot of the 90s in most of the gay clubs. Although lyrically it’s about being a star, I also interpret it as being about just being yourself and embracing your own fabulousness and being your own star without letting anything stand in your way. Just be out there and be proud.’

One of Denise’s best friends in the showbiz world is Duncan James, who came out later in life after finding fame as the heartthrob in Blue.

The pair have been pals since the 90s and are currently starring on Celebrity Gogglebox together, after he stepped in when Denise split from her ex, Eddie Boxshall.

Growing up in the theatre, the LGBT community has always been a big part of Denise’s life

‘We’ve got our little group, it’s me, Dunc and Rylan [Clark] and we’re all looking out for each other. It’s been really nice – we’re …read more

‘Americans will be coming over here soon!’ – Brendan Loughnane proud to be part of the UK’s MMA boom as he chases PFL glory