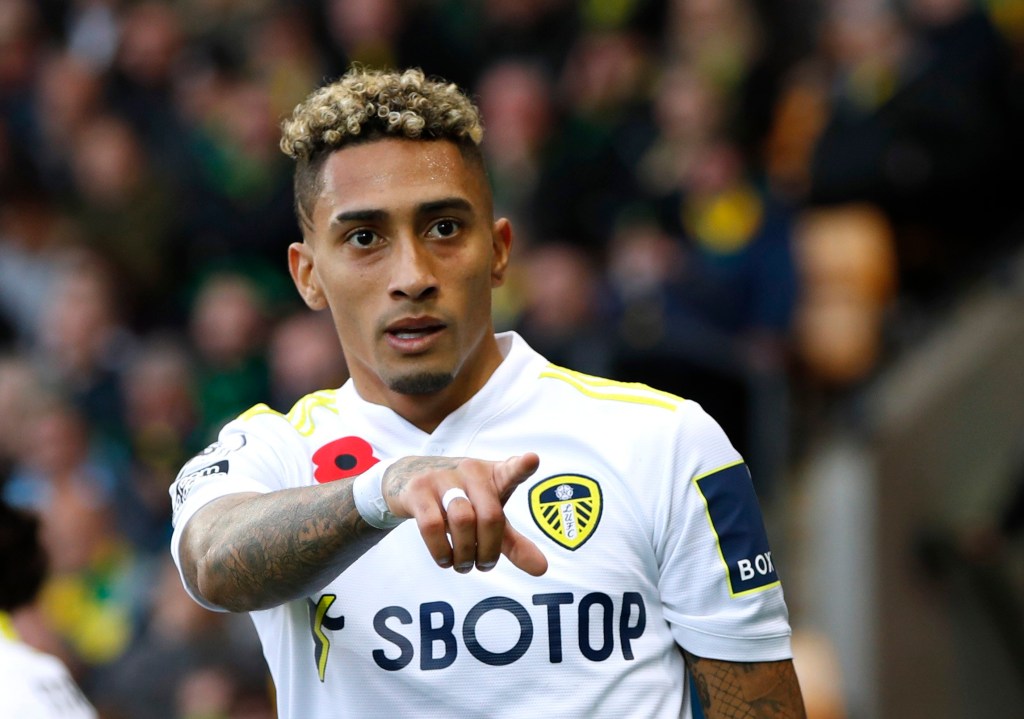 Raphinha is wanted by Chelsea, Arsenal and Tottenham (Action Images via Reuters)

Chelsea are preparing a bid for Leeds United winger Raphinha, according to reports.

The Brazil international was Leeds’ key man last season and finished the campaign with 11 goals in the Premier League.

The 25-year-old is keen to leave Elland Road this summer and Barcelona is his preferred destination, although the Spanish club might not have the financial power to match Leeds’ valuation.

Reports this week have claimed that Arsenal have submitted an offer for Raphinha but the bid has been rejected by Leeds as it did not get near their £50m asking price.

However, MailOnline now report that Chelsea are in the race to sign the Brazilian winger and are ‘serious’ about submitting an offer to Leeds.

The report claims that Tottenham have also made an approach for Raphinha.

Leeds United are demanding at least £50m for Raphinha (Getty)

Meanwhile, The Athletic’s David Ornstein claims Mikel Arteta is a huge fan of Raphinha but the Gunners face strong competition for the Brazilian.

‘Arsenal have had an initial offer rejected by Leeds United, it fell well below their valuation,’ Ornstein told HaytersTV.

‘But Arsenal’s interest remains strong, and he is a player that Mikel Arteta wants to sign.

‘It may be another one that takes quite a lot of time and will not be easy, especially because of the competition from the likes of Tottenham and Chelsea.

‘His long-held desire, or the most likely destination, the team he was most heavily linked with was Barcelona. If they can get their act together financially they may have the money after all to do a deal that they looked almost certain to do if Leeds had been relegated and it appears to have hit the buffers from their perspective.’

Fears lockdowns in China could ‘continue for five more years’