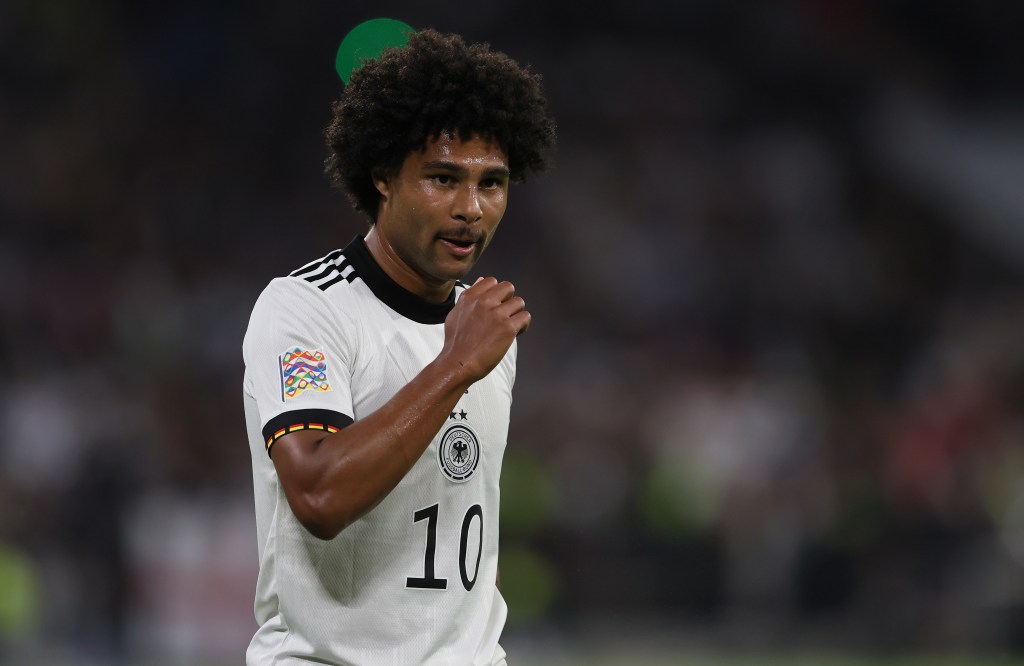 Bayern Munich sporting director Hasan Salihamidžić says that the club wants to keep winger Serge Gnabry, amid speculation that he could leave this summer and may potentially re-join Arsenal.

The Germany international’s contract is due to expire in a year’s time, meaning that Bayern have a choice between allowing him to leave for free in 2023 or selling for a fee this summer, if the player is determined to make an exit.

Sadio Mane has already been brought in from Liverpool this summer in order to reinforce the German champions’ attack, and his ability to play in the centre of attack as well as on both wings has increased rumours about Gnabry’s departure.

With the likes of Thomas Muller, Kingsley Coman, Leroy Sane and Robert Lewandowski also part of the Bayern squad, Gnabry’s appearances could be reduced going forward, despite playing more Bundesliga games than ever before for the club in 2021/22.

The 26-year-old has been been with Bayern since 2017, singing after spending a single season with Werder Bremen. That followed a five-year spell at Arsenal, whom he joined as a 16-year-old youth player in 2011.

Reports have strongly linked Gnabry with a return to the Gunners, but Salihamidžić insists he wants to keep him.

‘I’m very clear about that, he’s a great guy,’ Salihamidžić says. ‘We really want to keep him. We would love to extend with him. I think we showed him the necessary appreciation. I hope that he chooses FC Bayern.’

‘We will intensify the talks over the next few weeks. But if a player doesn’t want to decide for the club then it’s only fair to tell us so that we can find a solution that makes everyone happy.’

Arsenal are looking to increase their attacking options this summer and have already had a bid rejected for Leeds United’s Brazilian winger Raphinha.