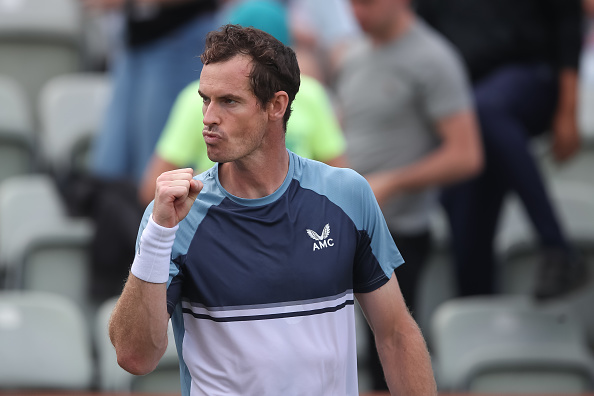 British tennis seems to be on the up or, at the very least, standing its ground.

On the men’s side the best prospect is the 6ft 5in south Londoner Jack Draper.

And yet his career-best victory over Taylor Fritz, the US No.1 and world No.14, was overshadowed at Queen’s by Ryan Peniston, of Essex — a 26-year-old product of the American college system — who beat Norway’s world No.5 Casper Ruud on his way to the quarter-finals.

Dan Evans is world class and won a Challenger in Nottingham while Cameron Norrie is No.12 in the world.

The wild card in all this is Andy Murray. It’s been great to share a commentary box with his coach of six years, Jamie Delgado, this week. His insights into what it takes to be the best have been fascinating.

The level of detail and commitment required to be the very best may seem obvious but the gap between world class and the pinnacle is vast.

Murray has been at that thin edge and has given everything both on court and off. I hope his recent abdominal strain has healed enough to give him a chance of a run into the second week at Wimbledon, where he can still be a real threat.

All his rehabilitation, all of the effort and success and failure have been about creating this opportunity.

What an inspiration British tennis has had. No wonder the youngsters following him have benefited.

On the women’s side, Jodie Burrage defeated world No.4 Paula Badosa at Eastbourne while Katie Boulter (above), injured for so much of the last 18 months, beat former Wimbledon finalist Karolina Pliskova. Harriet Dart made the quarter-finals in Sussex to continue her vibrant form.

This will help the rankings of players trying to maintain a place inside the top 100. That’s where you have to be to pay your way as a professional and get a direct acceptance to the US Open at the end of the summer.

The grass season offers just a small window of opportunity on a surface that suits the Brits — which many others find completely alien — so you have to take your chances.

Questions remain over Emma Raducanu’s fitness as her body comes to terms with life as a professional athlete. It’s a relentless grind to travel the world playing week in, week out and it’s impossible to say she will ever win a grand slam again.

Raducanu is bound to get close because she has done it once and her physical ability and game are excellent.

Nobody wants to hear the word patience but that’s what we’re going to need. Emma’s a great kid, she’s already won a slam and, most importantly, she’s got a loving family around her.

I must admit her coaching …read more

White Sox could get healthy bodies back for road trip

‘Those deaths are on Biden,’ Texas Governor says after 50 migrants found dead in tractor-trailer