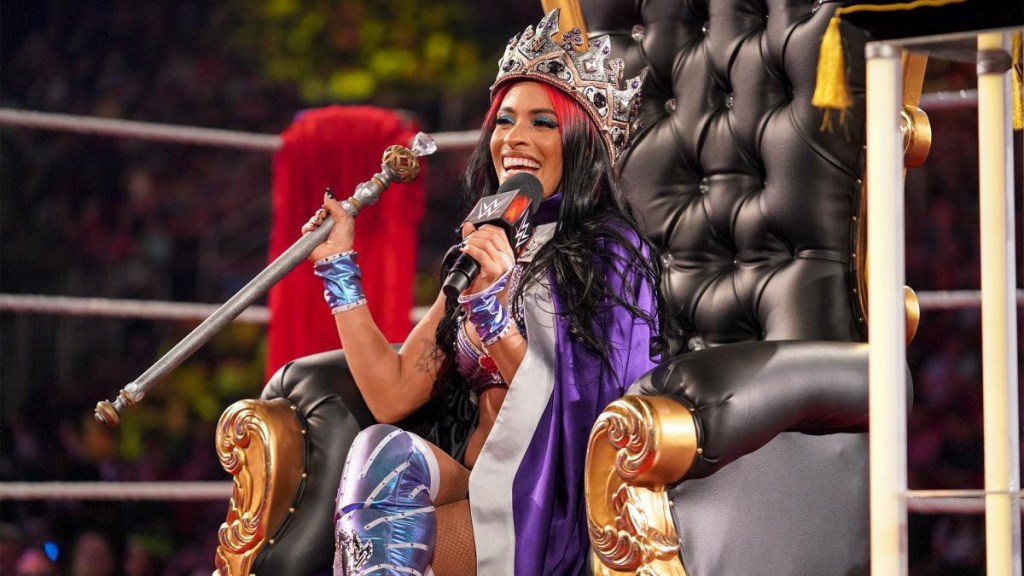 The 31-year-old wrestler – who won the inaugural Queen’s Crown tournament at Crown Jewel in Saudi Arabia back in February – hasn’t been seen on Raw much recently due to injury, but she’s kept active on social media and showed fans her new style.

Gone is her usual dark look, instead going for a deep red colour with pink highlights.

She tweeted a selfie – alongside a snap of her cat – and captioned the post: ‘New hair who dis? (sic)’

Her fans and fellow stars have gone wild for the fresh look, with former WWE broadcaster Renee Paquette – known as Renee Young during her time with the company – replying: ‘Love this!! A light pink money piece?!? Okayyyyy (sis)’

Zelina has reportedly been out of action with an injury that required surgery, but she recently suggested fans could be seeing her sooner rather than later.

Earlier this week, she responded to supporters calling for her return, and teased: ‘Aww I know my loyal subjects your queen will return soon, I promise! I am simply allowing the … humans … to have their fun … for now.’

Her most recent in-ring appearance was a loss to current Raw Women’s Champion Bianca Belair on Raw back in April.

Zelina returned to WWE in November 2021 just eight months after she was released by the company, and she turned to Dwayne ‘The Rock’ Johnson – who she met on the set of Fighting With My Family about fellow wrestler Paige – for advice.

She exclusively told Metro.co.uk: ‘When I met him, I had no idea that that’s how this relationship was gonna go

‘We’d meet, become friends, and then the movie. Before coming back – this was like an hour before the show started – I called him because I was so nervous. I was like, “I don’t know how to attack this. What should I do here? How can I perform better in this way?” ‘

WWE Raw airs Monday nights at 1am on BT Sport 1.