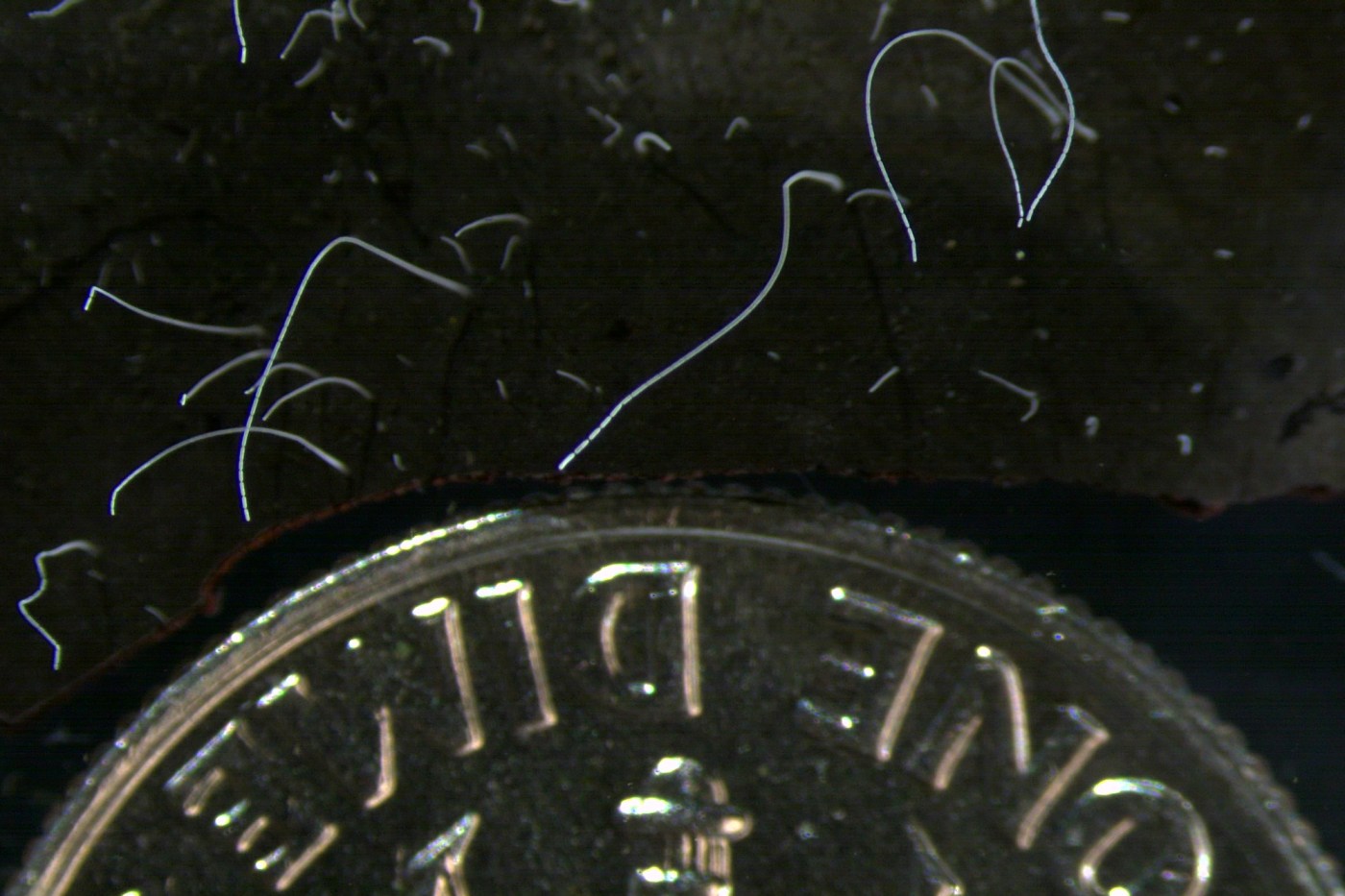 WASHINGTON — Scientists have discovered the world’s largest bacterium in a Caribbean mangrove swamp.

Most bacteria are microscopic, but this one is so big it can be seen with the naked eye.

The thin white filament, approximately the size of a human eyelash, is “by far the largest bacterium known to date,” said Jean-Marie Volland, a marine biologist at the Lawrence Berkeley National Laboratory and co-author of a paper announcing the discovery Thursday in the journal Science.

Olivier Gros, a co-author and biologist at the University of the French West Indies and Guiana, found the first example of this bacterium — named Thiomargarita magnifica, or “magnificent sulfur pearl” — clinging to sunken mangrove leaves in the archipelago of Guadeloupe in 2009.

But he didn’t immediately know it was a bacterium because of its surprisingly large size, just over a third of an inch (0.9 centimeters) long. Only later genetic analysis revealed the organism to be a single bacterial cell.

“It’s an amazing discovery,” said Petra Levin, a microbiologist at Washington University in St Louis, who was not involved in the study. “It opens up the question of how many of these giant bacteria are out there — and reminds us we should never, ever underestimate bacteria.”

Gros also found the bacterium attached to oyster shells, rocks and glass bottles in the swamp.

Scientists have not yet been able to grow it in lab culture, but the researchers’ say the cell has a structure that’s unusual for bacteria. One key difference: It has a large central compartment, or vacuole, that allows some cell functions to happen in that controlled environment instead of throughout the cell.

The world’s most liveable cities for 2022

“The acquisition of this large central vacuole definitely helps a cell to bypass physical limitations … on how big a cell can be,” said Manuel Campos, a biologist at the French National Center for Scientific Research, who was not involved in the study.

The researchers said they aren’t certain why the bacterium is so large, but co-author Volland hypothesized it may be an adaptation to help it avoid being eaten by smaller organisms.

Wildfire breaks out near Concord

Is Elon Musk Deliberately Modeling Himself After Henry Ford?