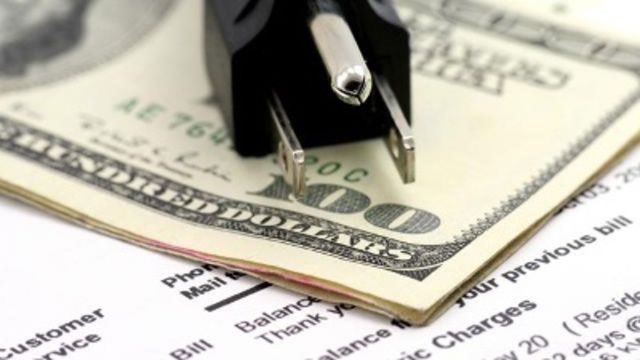 You might get a bit steamed when you open your electric bill after these days of hot temperatures.

Many people are already complaining about high bills, and it’s going to get worse.

Electric substations and power plants in Jacksonville are working overtime right now to get power to you to cool down your house.

News4JAX just learned from JEA that we are close to breaking a record on how much electricity is being generated.

Our peak summer load was set on August 7, 2007, but on Thursday, we’re nearing it — so much so that the utility purchased backup power to help in case the demand grows even more. So far, there have been no problems or brownouts.

News4JAX also checked with Florida Power and Light and Clay Electric, both of which say they are expecting high demand but are not expecting any problems that could lead to a brownout.

TELL US: Have you seen a dramatic rise in your utility bill?

But talking with some customers today, they might black out when they see their next bills.

JEA customer Alexander Smellie jokes about his name but says the high bills actually stink. And with Thursday’s record heat, he knows it’s going to be even higher.

“With kids at home, it’s hard to tell them and keep telling them to keep the door closed. It almost doesn’t matter what you’re telling him to do — it is what it is,” Smellie said.

But JEA says there are some things you can do with your A/C unit and thermostat that will help — even with children at home who forget to close the door. The utility knows that when you see your bill, it could be a shock

“It’s the cooling, and that’s typically going to be 50 to 60% of your bill and it’s going to be higher when it’s 102 degrees out. It’s going to have a longer run time. You may never touch your thermostat on the wall and you’re going to find it’s going to run more often. That’s because it’s trying to offset the temperature inside your house with how hot it is outside,” said Brian Pippin, with JEA Customer service

We’ve heard it before, but keeping that thermostat at 78 could do the trick.

“For me, that’s quite comfortable,” said JEA customer Gail Nixon. “Especially having an 89-year-old in the house, she don’t like the cold too much.”

Still, many of us may find that too hot.

On hot days, it seems the A/C runs nonstop, and maintaining it right now is important. So make sure the filter is clean. When you are not home for an extended time, don’t turn it off — but turn the thermostat up so it doesn’t keep running but will come on in extreme heat to hold down the humidity.

Of course, I’ve got to say the best way to beat the heat and beat high electric bills is to cool off by jumping in …read more

4 people wounded by man on stabbing rampage in New Zealand