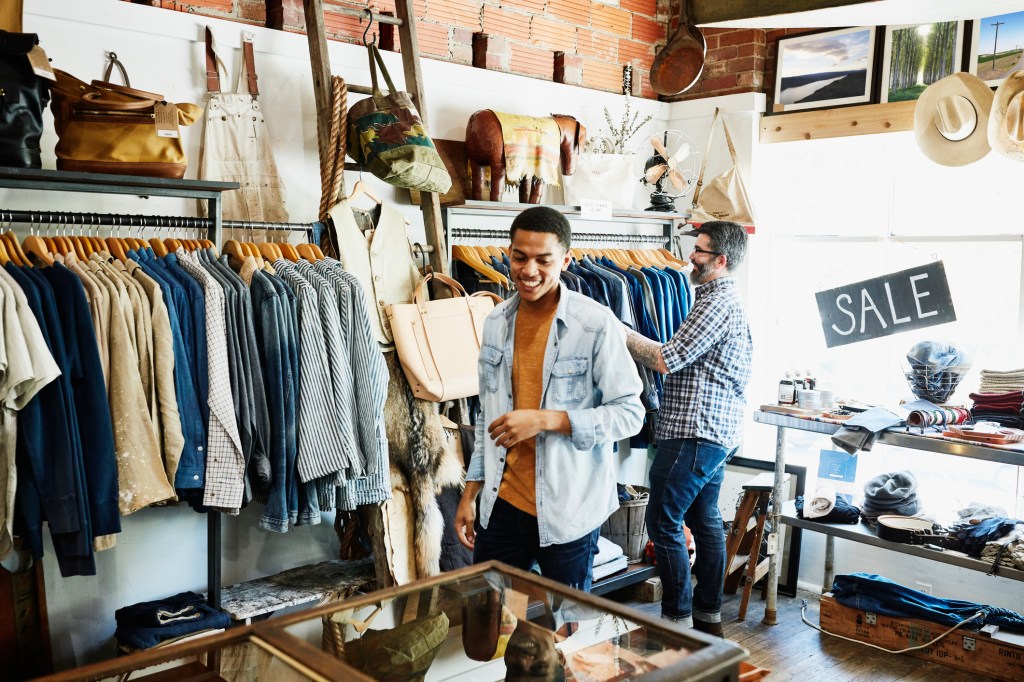 It should come as no surprise to any of us that shops, both physical and online, are doing everything they can to get us to spend money.

Yes, that often means resorting to some pretty sly temptation.

Sometimes it’s fun to be tempted, but if you’re looking to swerve shopper’s guilt, it pays to be aware of some of these tricksy methods.

Julian House, managing director of www.myfavouritevouchercodes.co.uk, said: ‘While one might hope that retailers have consumers’ best interests at heart, especially during times like these, they’re all still businesses, and for them, revenue comes first.

‘With that, there are plenty of tricks used, some decades old, to entice consumers to spend more than they planned.’

With this in mind, Julian’s team have broken down five of the most common psychological draws stores tend to use to make customers spend more.

The promise of free shipping

Ah, free shipping – the last nail in the coffin for many a languishing online shopping basket being dithered over.

It’s also a great ploy to get you to add just one more little thing to your purchase.

Just remember: you’re still kind of paying for that free shipping with those supplemental items in your basket.

They like to draw you through their doors with eye-catching products (Picture: Getty Images/Maskot)Simplistic visual cues

The arrangement of stores is very intentional – they like to catch your eye.

For example, retailers might put a popular dress in the window, and games stores might put their newest console from and centre in the store.

Just be aware that they’re drawing you in.

Buy one at a higher price, get one free

But often, the idea is that the promise of a second will mean stores can charge more than the original price you were prepared to pay for one.

That’s why it’s important to do the maths and make sure you’d be happy paying that much for one. And do you really need two anyway?

Are BOGOF offers really all that? (Picture: Getty Images)Targeted advertising

Your digital footprint can be followed by brands online, which results in ads specifically targeted to your internet history.

The thinking behind this is pretty self-explanatory – brands are hoping they can tap into interests you’ve displayed.

Yet another ploy that can be disguised as a bargain, you should think hard about whether you really need to buy in bulk just to save money.

Yes, it can work like a charm for budgeters, but again, do the sums.